The Daily Nexus
News
UCSB Greek Life Works To Mend Relationship with Administration and Students Alike After Series of Shutdowns
January 24, 2019 at 12:03 am by Sean Crommelin

Spurred by a series of fraternity and sorority shutdowns — almost all of which were due to risk-management violations— Greek organizations at UC Santa Barbara have made strides to rebrand themselves among the student body at large, with help from the Office of Student Life. 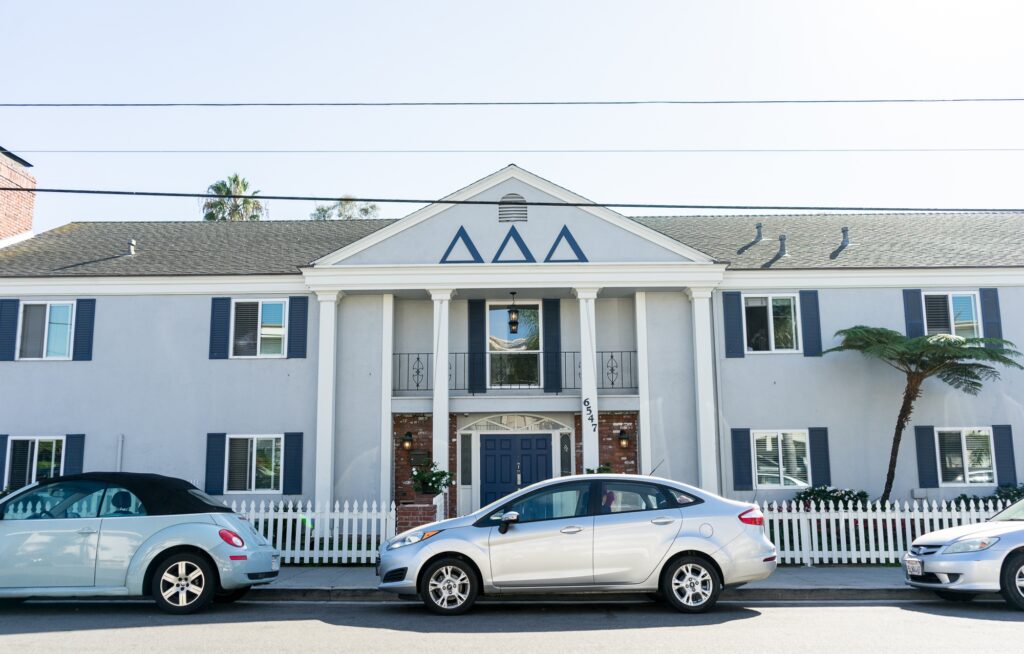 Tri Delt will become the most recent sorority to close operations at the end of this year. Nick Song / Daily Nexus

Greek life at UCSB over the past four years has been marked by the closing of several chapters of fraternities by their parent organizations, as well as a loss of standing among the campus community at UCSB.

According to both students involved in Greek Life through the Interfraternity Council (IFC) as well as staff in the Office of Student Life (OSL), recent developments indicate improvement.

Emma Parker, a scheduling systems manager representing the Office of the Dean of Students at UCSB, wrote that the Greek-lettered organizations at UCSB have “made great strides in the last few years toward building a safer, more responsible community through education, student-led initiatives, and programming.”

“We did have a rash of really serious, high-profile cases, which I think attracted a lot of attention,” Ashlock said.

“Probably people realized that ‘hey, if the university is taking these steps then there must be something really concerning; we really need to look out for ourselves and each other, and take better care.’”

“I think we have seen some significant developments in terms of student leaders stepping up to create internal policies and procedures that contribute to the safety and better operation of their organizations. They have been a lot more open with us in terms of disclosing concerns, asking questions and proposing solutions,” he said.

OSL has overhauled the way that staff members interact with those affiliated with Greek life, giving the Greek organizations more opportunities to interact with a wider variety of people in the office.

Having closer relationships with a broader scope of staff has given Greek life “a lot more opportunities to interact and a lot of opportunity for [OSL] to connect with them across our program areas with other campus organizations and leadership development,” he added.

Ashlock also said there are broader shifts in the demographics of the university which reflect in the conduct of fraternities and sororities.

“What I see is an ever-increasing emphasis on school and studies and people seeing the value of education over maybe what was the in the ‘80s or ‘90s the perceived ‘coming-of-age experience in college.’”

UCSB IFC President Zachary Hedges noted that the IFC, in cooperation with other Greek councils, has worked to develop an accreditation program.

The program includes workshops that aim to “help students improve their well-being and learn to recognize and prevent the potentially dangerous situations that are most common.”

“The IFC is also a strong advocate of making sure that all of our members are encouraged to report sexual assault and understand the options available to them in order to do so.”

Sean Crommelin is a reporter for the Daily Nexus and can be reached at news@dailynexus.com.

3 Tri Delts were shot by Rodger… two fatally. Sad that Tri Delt hasn’t recovered. Otherwise, greek orgs are failing due to Risk Management… that their attorneys aren’t as sharp as those of their members.