The Daily Nexus
Sign of the Times
Performative Protest or Pure Profit: Can Brands Have It All?
January 24, 2019 at 6:56 am by Melanie Ziment

After watching Gillette’s “We Believe: The Best Men Can Be” commercial, which was released Jan. 13, I was left with a bad taste in my mouth. The advertisement for the men’s razor company is a strong statement about toxic masculinity and a supposed guide on how we should raise the men of our future. But it’s important to consider that at its heart, this is a short film designed to sell more Gillette razors. This raises a relevant question: Are we comfortable with letting corporate America profit off of our social movements? 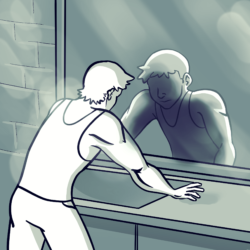 The answer is complicated. I wish I could say that I 100 percent agree with one side, but I see valid reasons to support both. On the one hand, the ads bring much-needed media attention to movements calling for important social change.

This was the case with the widely successful #LikeAGirl campaign launched by the pad company, Always, which asked us to “make #LikeAGirl mean amazing things.” The subsequent research showed that before the campaign launched only 19 percent of girls saw the phrase “like a girl” as positive, and after this number was 76 percent.

However, I don’t believe that these companies always have the purest intentions. In the end, the goal of advertising campaigns is always to bring in more business, which was shown when the claimed purchase intent of Always brand items increased by more than 50 percent among their target audience after the release of the #LikeAGirl ad.

The reality is that in today’s consumer climate this type of advertising is not only common but necessary. A study conducted by Edelman Earned Brand in 2018 showed that “1 in 2 people are belief-driven buyers.” In a moment of self-reflection, I realized that I tend to shy away from giving my money to companies that support organizations with beliefs that I don’t agree with. In an age so vehemently characterized by political polarization, these loaded commercials have become a guide intended to tell society how to spend its money. Is this divisive environment ingrained so deeply as to affect simple decisions like which brand razor to purchase?

It seems the answer is yes. However reluctant I am to accept that these advertising tactics are effective, the statistics ring true. Brands that are able to create effective campaigns that combine product promotion and a passion for a purpose do receive increases in sales.

With all this in mind, I looked back over the Gillette commercial and realized the cause of my initial hesitation. The video has received praise from feminists and celebrities, even receiving a “this is beautiful” from Tarana Burke, the leader of the #MeToo movement on Twitter.

In an age so vehemently characterized by political polarization, these loaded commercials have become a guide intended to tell society how to spend its money.

However, I don’t buy that the company as a whole truly stands for what it claims to with this film. I find myself unable to get behind Gillette tackling gender norms and stereotypes when Venus, the Gillette-owned women’s razor brand, still advertises pink razors to women. What does this say about what Gillette wants to inspire in the next generation of women? Is this, echoing the commercial, the best a woman can get?

It is this disingenuity that leads me to question the notion that companies should be allowed to tackle these types of sobering issues in the first place. The silliness of discussing the color of razors and the pillars of the women’s equality movement in the same sentence makes my stomach churn.

Along these lines, I’ve run into a nausea-inducing statistic that states 46 percent of people agree that “brands have better ideas for solving our country’s problems than government.” Almost half of people put their faith in companies, whose motivations can usually be traced back to making the maximum amount of money, over a government whose sole stated purpose is to fix the issues that are important to its citizens. Given this, it seems as though congratulating the success of these ad campaigns is only furthering a notion that these companies are a reliable source for inciting change. Out of everything, this seems the most worrisome trend.

In the end, there seems to be no question as to whether or not corporate America will profit from these inspiring movements — it has been proven that it will. Regardless, this fact won’t change my opinion that we should not be comfortable with putting the power to choose what we stand for into the hands of greedy CEOs.

Melanie Ziment encourages companies profiting off of social movements to actually consider the values they promote for monetary value.

Its performative protest. More men will stop using gillette razors then start using them because of this commercial. As the saying goes: get woke, go broke.

“a government whose sole stated purpose is to fix the issues that are important to its citizens.” — That’s not the government’s role at all. The government’s role in our lives is to make sure we don’t have some big oppressive government coming down on us and telling us what to do. Give the Federalist Papers a read. The point of government is not to change your life, but to let you live a life uninterrupted by others violating your human rights (i.e prevent crime, warfare, murder, oppression, etc). If the government claims it wants to do anything other than… Read more »