The Daily Nexus
Music
Fleetwood Mac Was All but Disappointing at the Forum
January 24, 2019 at 10:56 am by Melody Pezeshkian 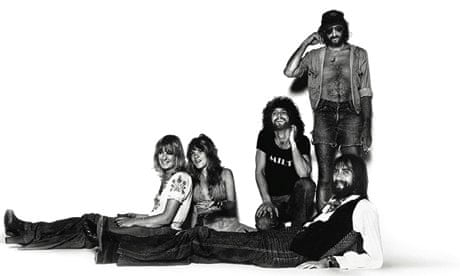 I entered The Forum alone, with a headache and low expectations. Fleetwood Mac has always been one of my favorite bands, and I would have been disappointed if they didn’t live up to the hype of the 70s, so I went in with little to no anticipation. I was lucky to find an empty seat near the front; the proximity of my seat to the stage immediately added to the intimacy and excitement of the night. Seeing Fleetwood Mac live certainly was a dream come true.

One of the earlier songs they played was a rendition of “Black Magic Woman” by Santana (written by Peter Green). Christine McVie and Stevie Nicks sang the song in harmony, and I was so impressed by their interpretation of it. They changed the spiteful aspect of the song to a first-person, mysterious and spell-binding narrative. Not only was the rendition absolutely breathtaking, it also still maintained the same rock-and-roll element from the original, making this cover an absolute hit.

A worry I had before the night started was whether the band would have the same energy as they did in their prime. In addition to their older age, I was worried I wouldn’t feel like I was seeing Fleetwood Mac without Lindsey Buckingham being there. I was immediately proven wrong by “Black Magic Woman”— but when Stevie Nicks performed “Rhiannon,” I was indubitably sold. Nicks put on a special garb for her performance of the track and channeled a strong energy for the performance. Watching her sing “Rhiannon” was mystical; the song emulated a similar energy to the 1976 performance of it. And it wasn’t just Nicks who still possessed excitement and musical prowess — the entire band was having a blast on stage. McVie commented that she was having “so much fun” playing on stage even though the acoustics of The Forum didn’t fully amplify her sound.

I had never really paid much attention to Mick Fleetwood, the drummer and co-founder of Fleetwood Mac, when listening to their music. In concert, though, it’s impossible not to — his stage energy really brought the group together. His presence even added an element of humor to the performance, as he made these incredible, hilarious faces throughout the set. If you’ve seen him live in the 70s, or watched live videos on YouTube, the faces have not changed. He packed his drum solo with intensity and energy and really riled up the crowd.

What added to the charm of the performance was how close to one another the band members appeared on stage. They weren’t just performing old songs; they were enjoying their time together on the stage and performing with each other. Finn and Nicks interacted with charm and charisma on stage, making Finn fit in like a missing puzzle piece. It’s clear that the band has been through so much together and has nothing but appreciation for each other.

The performance moved like a story, culminating energy and ending on a positive note, “Don’t Stop,” for their encore. I danced along to so many of their songs and truly felt blessed to be there. The fact that the venue was completely seated didn’t stop almost everybody from standing and dancing throughout. The band officially closed their performance with Nicks and McVie performing a relatively obscure song, “All Over Again,” from their 1995 album TIME, at the end of which they shared a hug.

Mick ended the concert with a simple message of kindness and compassion, telling the audience to take care of themselves and be kind to one another. It’s incredible when a band that can play so well and perform with such intensity still takes a step back to promote positivity.

The whole show was not only beautiful but also wondrous and dreamlike — from the moment the whole band started to the end, there was not one moment of lull. Some of their songs have such powerful lyrics, but seeing them live gave a whole new dynamism to the music. The ethereal and magical energy that the band emitted throughout the concert stuck with me for the whole night. I gained a newfound appreciation for Fleetwood Mac and would certainly see them again if given the opportunity.

You forgot someone……What about the out of this world guitar player Mike Campbell from the Heartbreakers?

I am sure he ripped on Black Magic Woman.