Hijinio Camacho, known as “El Elotero” by his loyal patrons, knows how to make a comeback.

The popular vendor, known for selling Mexican treats such as mangonadas, elotes and raspados on UC Santa Barbara’s campus, went viral on Twitter in early January after a student posted about his return to selling the beloved snacks, this time from a food truck. 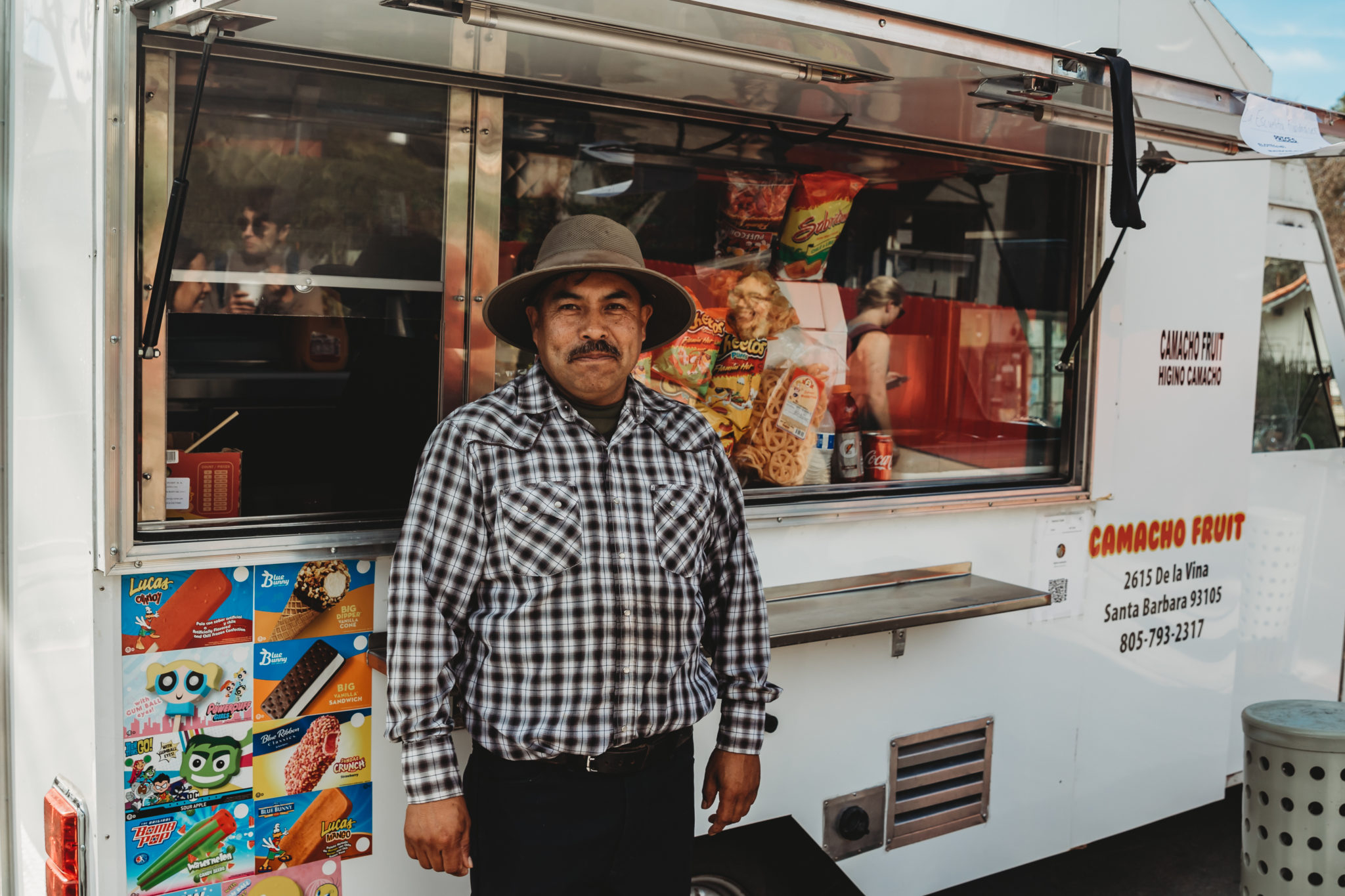 “All the young people of the university are very happy. They like [the truck] a lot. They come and they greet me,” Camacho said. “I believe it will be a success.”

UCSB prohibited Camacho from selling food on campus in 2017 due to violations with its Environmental Health and Safety policies for off-campus food vendors.

Camacho then began collecting funds to transfer his business from the small blue cart he used on campus to a new food truck. He used money from his savings in addition to a loan to bring the project to life.

“The project started from the moment they took us out from the university,” Camacho said.

Camacho previously sold food on campus in collaboration with student organizations from UCSB for fundraising events when the Office of Student Life still gave permits to vendors like Camacho to sell on campus.

GoFundMe later refunded the money because M.U.J.E.R. was unaware of the time limit policy on fundraisers, according to M.U.J.E.R. former co-chair Dulce Gonzalez.

The inside of the truck has a built-in kitchen with a freezer, an ice machine and three sinks for Camacho to prepare his products.

Currently, Camacho sells food in Isla Vista, Goleta, Carpinteria and Santa Barbara. He hopes to expand his service by obtaining additional permits so he can sell his treats in Lompoc, Santa Maria, Paso Robles and other nearby places.

Camacho likes to frequent the parking lot across the street from Wells Fargo, where other I.V. food trucks set up shop as well, to access students leaving or entering the university through the Pardall Tunnel.

In addition to the usual food Camacho sells, he now offers paletas, a Mexican frozen ice pop that usually comes in flavors like mango or strawberry.

Despite his success with the launch of the food truck, Camacho still hopes to be able to sell on campus again. He is working on obtaining the proper permits from the university to return to selling on campus in addition to off campus with the food truck.

Camacho said that in the end, having the truck would help him help students.

“I’ve wanted to help the groups of the university, all the groups that have a major necessity, like how to pay the rent or pay for food. ” Camacho said.

“That was the idea which made me do the truck, to continue helping put on the events.”

So why didn’t he ever receive the go fund me donations?

Y’all need to update this and include MUJER’s statement. Extremely unprofessional that you would reach out to the point of contact the day before publishing this. If you were directed to her six days before, there’s no reason for the late contact, and it makes no sense that you wouldn’t even include the information you were provided. Not cool.

UPDATE YOUR ARTICLE! You all are discrediting MUJER’s framework and mission statement for social justice. Actions need to be taken to address the issue ASAP!

So first you make the MUJER club look like baggers and now they look uninformed. What kind of journalism is this? Why don’t you include their original statement or better yet an apology on behalf of the Daily Nexus because now hundreds of students will think of this club negatively regardless of the corrections made.