California’s legislative tiller has rolled its way through the new year, allowing for several new gun control laws to sprout from the seeds of last year’s bills. So far, the new laws have been subject to praise from UC Santa Barbara, Isla Vista, California and national leaders. 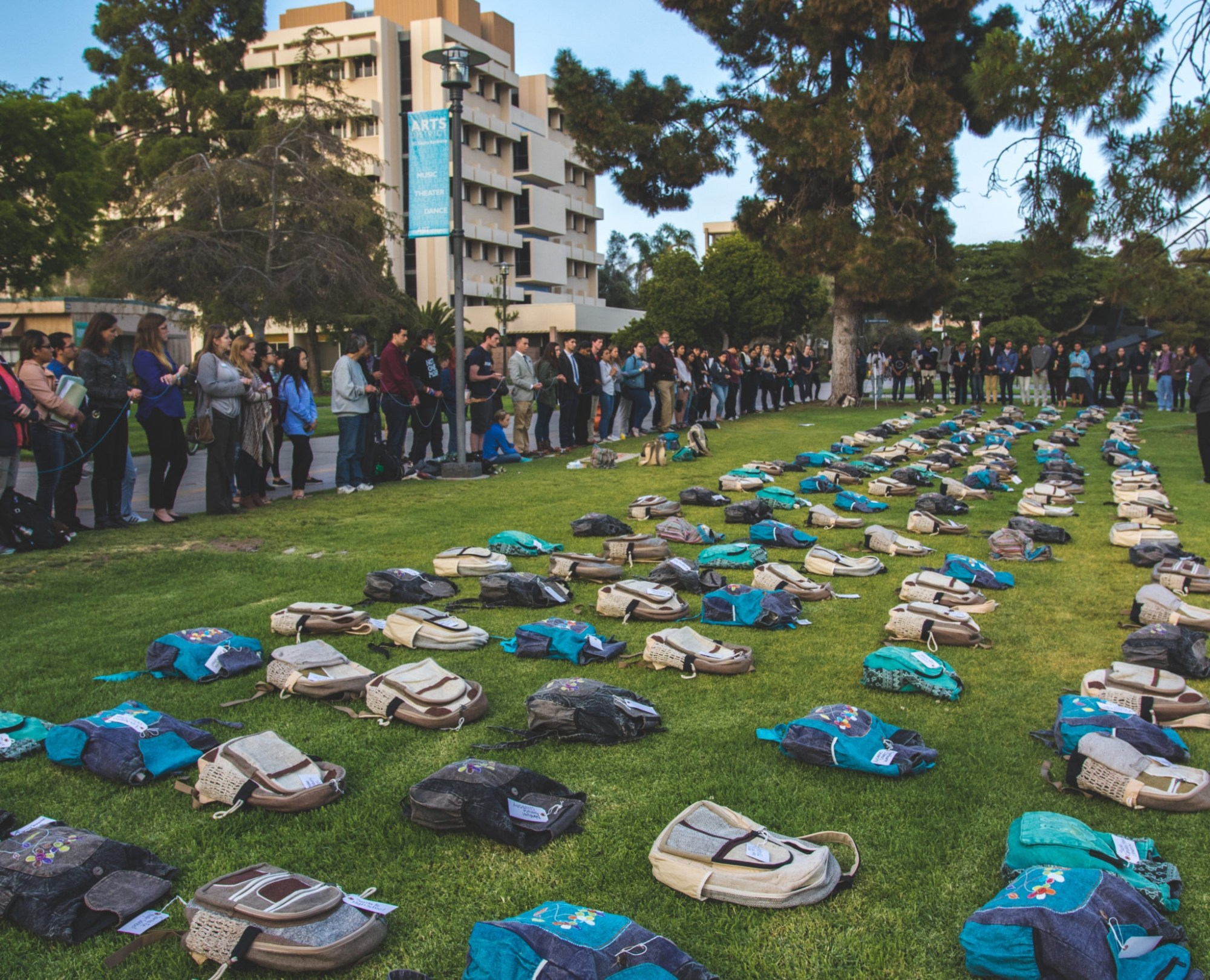 The new laws include:

I.V. and UCSB community leaders have oftentimes held vigils after mass shootings occur in the United States and around the world, calling for stricter gun control laws in both California and the country to prevent future mass shootings. To some extent, their calls seem to have been heard.

Although these laws encompass the entire state, UCSB’s past experience with gun violence oftentimes compels many local leaders and students to be more vocal about their opinions on the issue of gun control.

In May 2014, a violent attack in I.V. left six people dead. Half died due to gunshot wounds.

“[UCSB] students will support these laws by being reminded that we need to do more — this will give them an incentive to call for more action, particularly at the federal level to combat gun violence,” Jackson said in an interview with the Nexus.

While Gov. Brown did sign some bills addressing gun control, he also vetoed a number of them, some of which could have reduced the number of guns in the state, Jackson said.

In the context of gun control, Jackson has high expectations for Gov. Newsom.

“I expect him to be very supportive of policies that help reduce gun violence and keep our communities safe,” she said.

Jackson believes her bump-stock bill, SB 1346, will have an impact in reducing gun violence by prohibiting access to bump stocks in California and will hopefully reduce the number of gun deaths in the state.

Meijer spoke at the vigil for the 11 lives lost in a Pittsburgh synagogue due to gun violence and then again at the vigil in remembrance of the Thousand Oaks shooting victims.

Both mass shootings occurred in November.

“[Gun violence] is always on people’s minds, on prospective students’ minds, and I think that these kinds of measures are exactly what we need to have students feel more comfortable and safe in Isla Vista,” Kopel said.

Kopel believes that SB 1100 specifically, which raises the minimum age to 21 to purchase a firearm, would make UCSB students more comfortable “knowing that the people around them can’t even purchase a firearm.”

“Even though most of the students that are attending this university now weren’t here to experience the 2014 shooting, that legacy does live on through vigils and remembrances,” Kopel added.

Still, Kopel finds that more work needs to be done and believes that a “cultural change” regarding guns is needed in the United States. 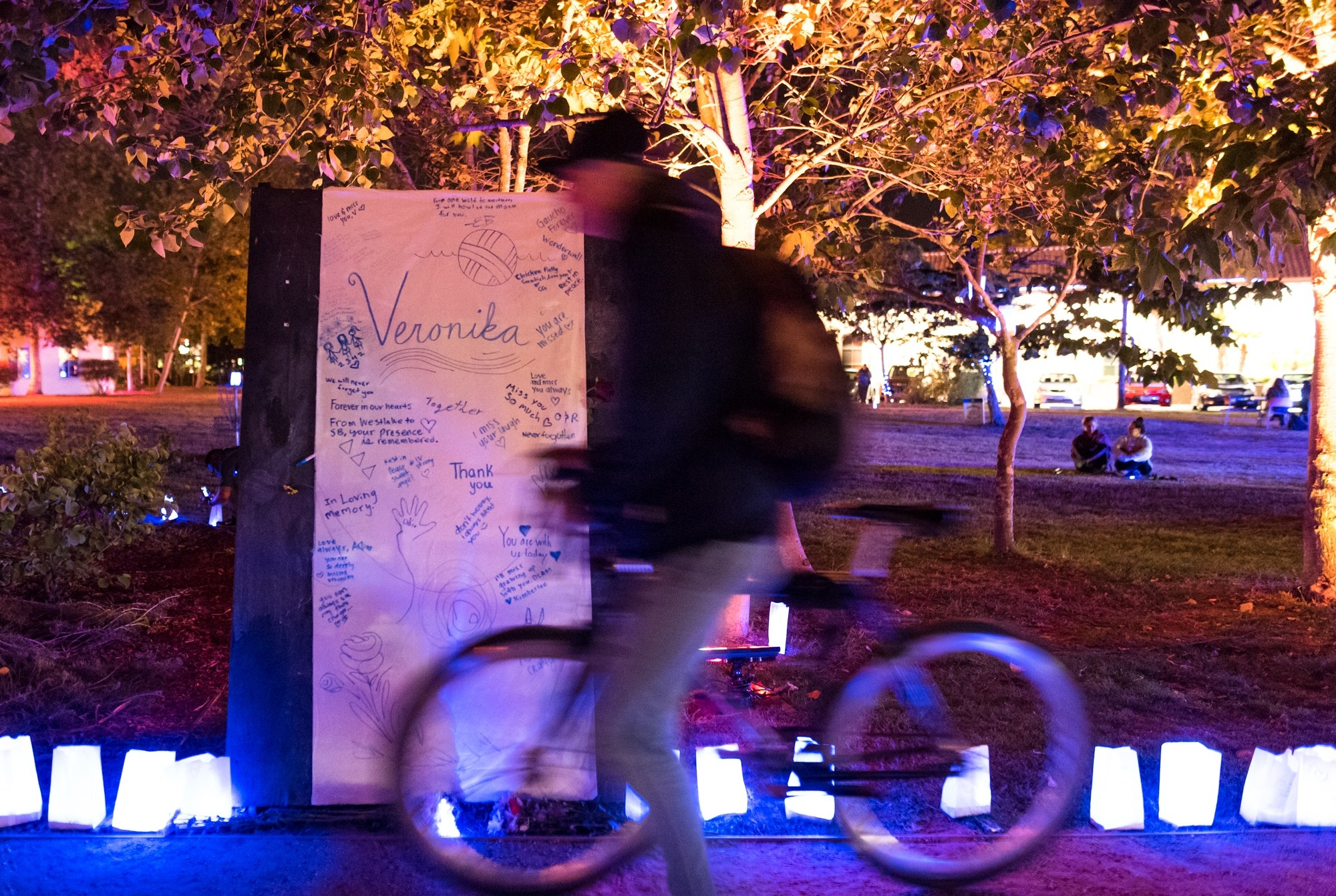 The bluenite events are held every year in memory of those who lost their lives in the 2014 I.V. shooting. Nexus file photo

Monique Limón, who represents the 37th Assembly District, has expressed hope for the new gun control laws in California, but also believes that there is still work to be done.

Limón is specifically looking forward to the potential impacts of AB 3129, which imposes a lifetime ban on individuals convicted of domestic violence.

“I am especially hopeful that AB 3129… will make an impact in reducing the rate of women and children who die at the hands of repeat domestic abusers,” she said in an email.

Spencer Brandt, board president of the Isla Vista Community Services District, believes that California serves as a model for the rest of the country when it comes to gun control legislation.

“As a resident of Isla Vista, I feel like my voice has been heard and that our calls for reducing the amount of gun violence in this country are actually being taken seriously,” Brandt said.

While Brandt believes that California is an effective leader on gun control legislation, he does not think the federal government has been adequately following California’s lead.

“The national government, under the Republican Party, has decided that they’re going to pretend like they can ignore this issue and it’ll just go away,” Brandt said. “I think that that philosophy is something that has never worked out well and never been viewed well by history.”

“The federal government used to look to California as a model, because these are the sorts of bills that should be implemented nationally.”

Congressman Salud Carbajal said that he’s fighting for just that: he wants pieces of California gun control legislation to be laws of the nation.

Carbajal plans to reintroduce the Gun Violence Restraining Act in the House of Representatives.

“[The Gun Violence Restraining Act] allows family members, when they come across a loved one that seems to be, through their behavior, posing a danger to themselves or others… to work with law enforcement, officials and the court system to temporarily take guns away from [that individual],” Carbajal said in an interview with the Nexus.

“It’s actually similar to the one that California has in place that was enacted after the tragedy that happened in Isla Vista and UCSB, so it’s duplicating a similar law that exists in California.”

“Far too many lives continue to be taken due to unnecessary gun use,” Carbajal said.

“We need to make sure we are passing banning assault weapons, that we are banning high capacity magazines and that we move forward with universal background checks and the Gun Violence Restraining Order Act.”

Simren Verma and Max Abrams can be reached at news@dailynexus.com.

I was just reading about Venezuela, pretty much the same thing. fk cali.

BS- one shouldn’t make up facts to bolster ones argument. 3 of his roommates were stabbed to death before killing 3 others with a gun. But I guess that doesn’t back up the narrative. How does this make it past the editors?

“Senate Bill 1346: Bans bump-stock devices” – I thought bump stocks were already banned and had been so for years. With a max 10-round magazine, a bump stock will empty that magazine real fast like. Unless, of course, the shooter just buys a bunch of magazines in Arizona and takes them to California. Of course, if they are doing that, they probably have bump stocks too, which pretty much makes this law pointless. Idiots.

You export your anti-gun crap and other states will tell you to show it.
Nothing you put forth effects criminals who ignore laws.

Half of these bills are already laws… author clearly didn’t do her research, which is typical of gun control advocates.

All of these proposed bills are a bunch of crap that basically punish law-abiding citizens. No gun law has ever stopped someone who wants to commit a crime from doing so. You could put a million new anti-gun laws into effect, supported and sponsored by these stupid politicians, mostly Democrats,who are primarily looking for votes. None of these laws would do anything to lessen crime and gun violence. That has been proven over and over. California already has some of the toughest gun control laws in the country and still has one of the highest gun violence rates of any… Read more »