The Daily Nexus
Sports
UCSB Heads North To Take On Last-Place UC Davis
January 17, 2019 at 5:15 am by Richard Benites 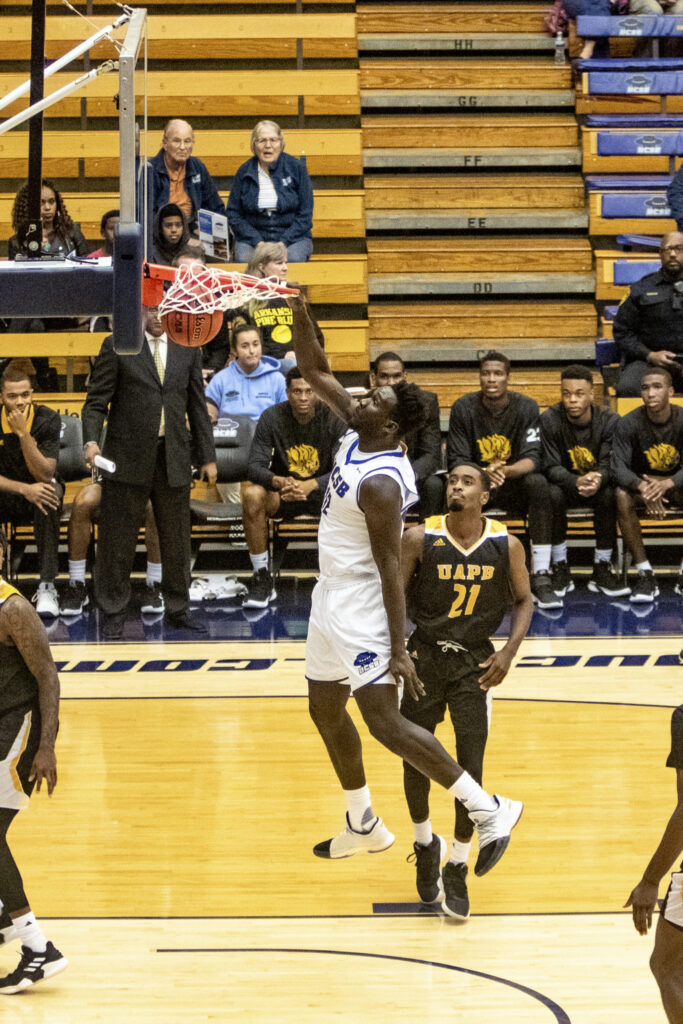 Another week of collegiate men’s basketball is on the cards, as the Gauchos are on the road for another Big West bout against UC Davis.

On Thursday, UCSB travels up north to face off against the UC Davis Aggies. This road game is following the Gauchos’ long home series of five consecutive games at the Thunderdome, with their last away game occurring back in Dec. 19 of last year.

The Gauchos’ 13-3 overall and 2-0 conference record is enough to place them at the very top of Big West Standings, with UC Irvine falling in second place and CSUN in third.

UC Davis finds themselves at the bottom of the table at a 4-12 overall and 0-2 conference record, but a surprise win will do them the world of good in terms of conference standings. The Gauchos are red hot entering this game, considering their current five-game win streak that they’d like to extend over the Aggies.

UCSB’s most recent win occurred last weekend in another Big West showdown at home against UC Riverside, which ended in a 72-64 final score that favored the Gaucho hosts.

On the season, UCSB stands at an overall record of 13-3, with an outstanding 9-0 record when at home.

Although on paper this upcoming match may appear to be a trap game, UCSB is actually 2-3 when it comes to their performance on the road.

Alternatively, UC Davis is 3-2 when defending their home court, so both teams will want to bring those respective records to an even .500 win percentage.

A win for the Gauchos will bring their win streak to six in a row and further cement their status at the top of the Big West Conference standings.

As for UC Davis, the Aggies will want to get their act together quickly, even in this unlikeliest of matchups.

On the season, UC Davis holds an overall record of 4-12, including constantly poor showings on the road with a 0-9 away record.

The month of January has been a bit fairer for the Aggies, who have won one of three matches over this period.

Although both of those losses were well fought and one of them was an overtime heartbreaker, these pair of road games were both Big West confrontations and are the reason for UC Davis’ presence at the bottom of conference standings.

Historically, this will be the 39th time these two sides have faced off against each other.

From the 38 other previous meetings, UCSB leads favorably with a 29-9 all-time series record. The last meeting between these two occurred last year, where the Aggies upset the at-home Gauchos by a final score of 71-54.

Nonetheless, conference matchups are always prone to go either way, regardless of a perceived advantage.

After an incredible showing last week against UC Riverside, UCSB’s freshman forward Amadou Sow is this week’s one to watch.

At 6’9”, Sow enters the UC Davis game following a career-high 22 points and nine rebounds; each stat was game-leading in the aforementioned match.

A vital part in head coach Pasternak’s team layout, Sow has been tearing up stat lines all season long, leading his side in total rebounds, with 100 to his name, and fourth in both total scoring and minutes played.

Another player to watch would be the Gauchos’ senior forward Jarriesse Blackmon.

Slowly starting to see more consistent minutes, Blackmon has made the most of his play time as he leads his team in total blocks with 17, and he is third overall in total rebounds with 67.

Both Sow and Blackmon will feature as UCSB’s premier rim protectors against UC Davis.

On the opposing end, Aggies’ senior guard TJ Shorts II is in charge of making the offense function.

As UC Davis’ leader in total points and assists, Shorts II already has 239 points and 60 assists to his name.

He’ll also be hungry for a win after coming just short against last week’s opponent in Long Beach State, a match where he added 19 points, five assists and three steals to his tally.

Coming off a team-leading 29 points against Long Beach State, junior guard Joe Mooney will be in fine form entering the UCSB game.

Mooney appears to be the Aggies’ three-point specialist as he leads his side in three-pointers, with a total of 29 on the season.

UCSB will want to keep both Mooney and Shorts II in mind come game time.

Although Davis is currently in last place, their play so far this year has been an outlier, not the norm. With the return of AJ John to the lineup for the Aggies, the Gauchos can’t afford to take the win for granted.

UCSB will be the visiting side this Thursday, Jan. 17, as they travel to UC Davis for a tip-off time 7 p.m.