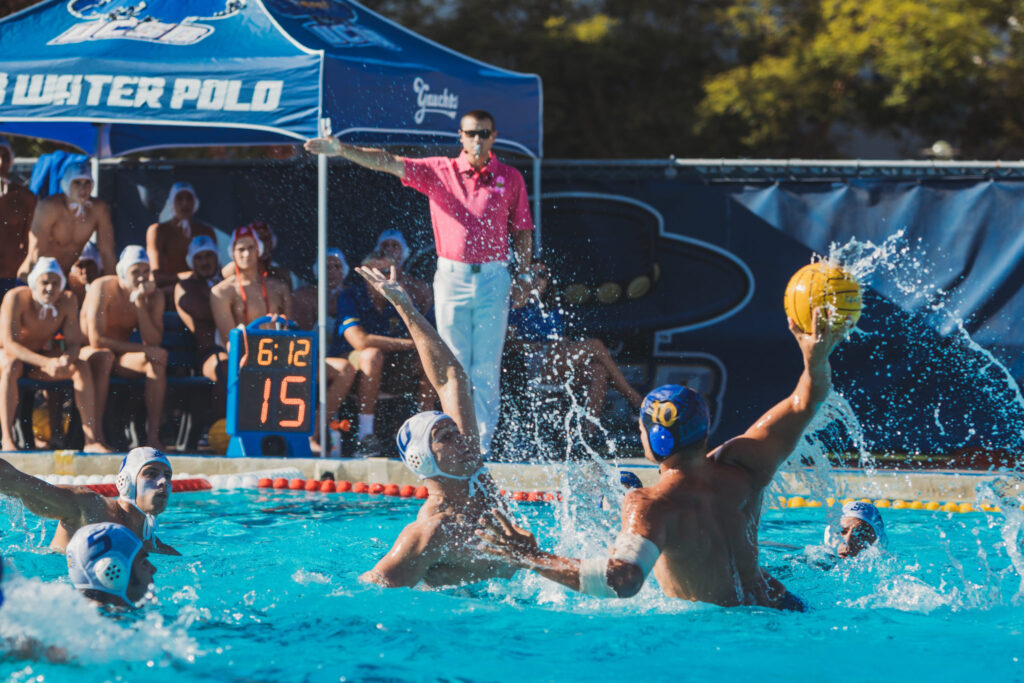 Simply put, Boris Jovanovic’s water polo career has been remarkable — enough to etch his name into the Gaucho history books. The 6’1” senior driver has caught everyone’s attention since his arrival here at UCSB years ago, but his fourth and final collegiate season was the most impactful.

Although his tenure here has been a great success, his story of moving from Novi Sad, Serbia, and how water polo led him here is quite unique.

“My journey here to UCSB was actually very extraordinary,” Jovanovic stated. “None of my family had ever visited or lived in the United States. I didn’t really know how any of the programs worked, but in America I saw a great opportunity. The coaching staff here was incredible and far beyond any others at the collegiate level; that made the decision to come here easy.”

When asked about the early part of his collegiate career and his initial experience with UCSB’s water polo program, Jovanovic’s response was, “It’s a change of mentality, a change in understanding with this team, a different approach altogether. Prior to this season I was not used to carrying such a work load, leading this team and fitting in as the captain. Growing into that position was a hard process, but I found great camaraderie with the team.”

At first glance, one can quickly notice the importance that Jovanovic’s stats had on the team’s overall performance. Through the 26 total games that he played, he closed the year with 78 goals, which impressively averages out to a hat trick a game, while also adding 10 assists to his name. His scoring production not only led his team but also had him tied for the most in the entire Golden Coast Conference.

“I’m very satisfied with what I’ve done; I think I helped the team out and believe I always did my best both in practice and in games. My teammates also helped me reach my individual goals and reached a level of success I hadn’t expected nor planned for.”

Jovanovic’s great stat line also translated to the team’s shared success. With a final Gaucho overall record of 18-8, this year’s record was tied for the program’s all-time best, with the last 18-8 mark occurring back in 1991. Thanks to such a great campaign, the NCAA also ranks UCSB within the top five men’s water polo programs in the nation.

“As far as the team goes, I’m very proud of what we had accomplished. This year the team was very well-structured; it was a group of people who all had the same goal.”

When asked about the bright future in store for the returning Gauchos, Jovanovic said, “We have a great group of people who are returning, and changing one element [i.e. his departure] definitely won’t change the whole machinery that was created.”

Further recognizing his teammates’ play, Jovanovic added, “To name only a few other people who didn’t get the nod, probably because they had to include more people from other teams: Jacob Halle, Tommy Fellner, Cole Brosnan and Adam Lott. They and many others are all coming back, and I believe UCSB will have its strongest year next year.”

Jovanovic’s accolades don’t end there, however, as his 78 goals this year was the seventh most ever scored in a single season at UCSB.

Not to mention, his career total of 178 goals earns him the fifth place spot among career scoring leaders. “It’s something that I’m truly proud of and happy about because it’s what will remain of the four years I’ve spent here; it brings me a lot of joy.”

Besides his obvious scoring prowess, Jovanovic was also asked about what he believes is the next best part of his game, to which he replied, “It’s usually hard to talk about the best parts of your game and easy to talk about what I could improve, but if I had to choose one thing, I hope I provided leadership and the will the fight until the end.”

This altogether concludes Jovanovic’s stellar performance for the Gauchos, but if you ask him about what else is in store for him, he’ll respond with the utmost satisfaction and confidence.

“I don’t have any more water polo aspirations; I have been playing this sport for some 15 years and I feel really satisfied with what I’ve been able achieve here at UCSB. I’m now working on personal goals for my career, but I think with water polo this was may be the last year, and I’m very proud that I could be in a Gaucho cap here with my team … I’ll be their biggest supporter and I look forward to hopefully watching the best games UCSB’s ever had.”

Lastly, Jovanovic added, “It’s worth mentioning again that the team and coaches worked hard together … ultimately, the most important thing was that we achieved something together through hard work and it’s something we all fought for. It’s something that I want to thank all those people for.”

such a great regular season and yet no post-season? why?