The UC Regents Board will consider removing the position of Student Advisor from the Board at its next meeting in January, according to the current Student Advisor Edward Huang. 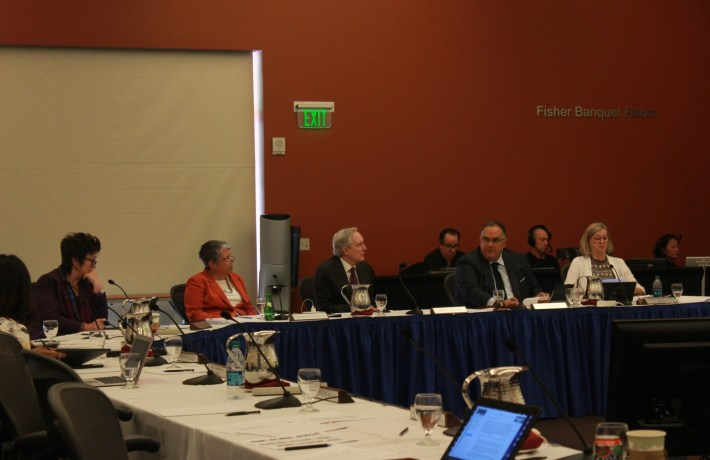 If the position is removed, only two student positions would remain — student regent and student regent-designate — both of which are currently held by UC graduate students, Huang said in an email sent out to all UC student newspapers.

“Eliminating the Student Advisor position strips away essential student representation at the highest level of UC governance and rejects years of hard-fought work to bring the student voice into university governance,” Huang said in the email.

In a letter sent to the Regents, Regent Richard Sherman recommended the position be eliminated because of the existence of other opportunities for student representation on the board, such as the positions of Student Advocates to the Regents and Student Observers to Standing Committees.

If the Regents vote to remove the position, there will no longer be an undergraduate student representative serving on the board after Huang’s term ends in June 2019.

The intended goal of the Student Advisor position was to provide insight on the issues and concerns of the student populations not represented by the Student Regent, according to Sherman’s letter.

In a separate press release, Graves said he made the recommendation on the basis of student perspectives from UCSA, UC Graduate and Professional Council (UCGPC) and Council of Presidents, which reflected that other programs are more effective in representing student voices than the Student Advisor position.

He also said he wants to support “other opportunities to ensure a diversity of student perspectives” while transitioning out of the student advisor position.

UC Regents originally voted on the creation of the position in 2016 after it was proposed by Avi Oved, the student regent and a UC Los Angeles student at the time.

The Board passed the proposal unanimously and agreed to a two-year trial for the position, at the end of which the Regents would assess the effectiveness of the position.

Correction [Dec. 29]: Huang later recanted his statement about UCSA. UCSA does not support the removal of the position. This article has been updated to reflect this new information.

Then who is going to whine,demand and threaten?

As a student at UCSB I say do it.

Dean Margarett Klawunn recommended this to the Regents. One of her many messed up ideas.