The Daily Nexus
Opinion
The Personal is Political: My UCDC Experience
December 15, 2018 at 3:15 pm by Sarah Garrett

This past summer I had the opportunity to participate the UCDC Program, a goal of mine since declaring political science my major freshman year. After three years at UC Santa Barbara, I felt as though I was prepared academically, professionally and emotionally to go live and work in a city for the summer. Plus, the current political climate made me angry. I wanted to take a stand against Trump’s unjust and corrupt policies, and DC seemed like a good place to start.

As a young woman under Trump’s Administration, politics is personal. Sometimes I struggle explaining how Trump getting elected impacted me, and I’m sure many other women, at this level. Granted, I am a straight white woman, and honestly, a lot of Trump’s policies will have a lessened effect on me because of my privilege. But when Trump became president I realized that I had underestimated how deeply rooted sexism, racism, homophobia, xenophobia and other forms of hate are in this country. Watching Hillary, an unarguably more qualified, more poised, more experienced candidate get belittled by a cruel, inexperienced, loud-mouthed man, and ultimately lose to him, hurt me. It’s impossible for me to look at that election and not see the sexism that is at play in it. It wounded my individual sense of womanhood and left me feeling discouraged about the post-college world I was preparing to enter. 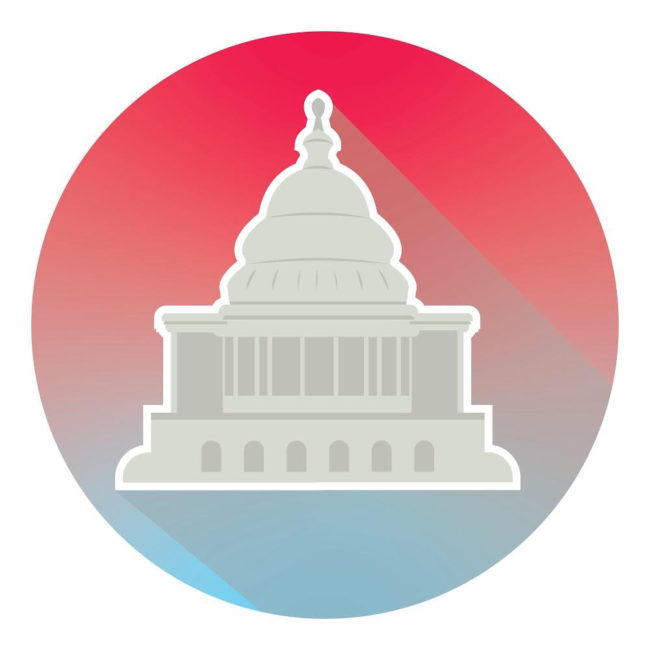 I decided to move to DC for the summer to make a political impact, no matter how minor. Wanting to work on Capitol Hill, I was thrilled when I received an offer to intern for Congressman Salud Carbajal. Congressman Carbajal, a Democrat, is a UCSB grad himself, an immigrant and a veteran. He represents both my community and my ideals and I was excited to work for him.

Prior to starting my internship, I had heard rumors that Hill interns sometimes get stuck doing trivial busy work or boring tasks, but my experience could not have been more different. One particularly rewarding task for me was answering constituent phone calls. Early on in my internship we started receiving hundreds of calls about the family separations at the border. Many people who called had never called their representative before, but did so because they were so heartbroken and angry. Just listening to them and assuring them that I would make note of their opinion so the Congressman could respond gave them relief. Even though I couldn’t promise these constituents that the border separation would end, I could make their voices heard by listening to them. I felt like I was helping.

Another moment that helped shape my time in DC was what I learned when I attended the Women’s Congressional Staff Association Conference. I listened to many women from all different backgrounds who had successful careers in politics speak. I was rather surprised, honestly, to learn that more than half of them were Republicans. They spoke passionately about being a woman or woman of color in politics, and how unacceptable female representation in Congress is. Female representation, and women’s rights more generally, isn’t an ideal I see represented in Trump or his administration. But that doesn’t mean it’s not an important ideal to many Americans, on both sides of the aisle.

I couldn’t have found a better internship or community and I felt like every single day I was doing something that mattered.

During my first week in DC, my friend and I saw the musical “Hamilton” at the Kennedy Center. A lot of the themes in the musical came to characterize my time in DC, and hopefully the future of our country as well. One of the lines sang throughout the musical is, “Look around at how lucky we are to be alive right now.” The characters weren’t saying this because life was perfect, in fact it was quite the opposite; they were in the middle of fighting the American Revolution. But they felt lucky to be alive because they saw so much opportunity and hope. And that’s really how I feel about our country right now. Trust me, it really does feel like shit is about to hit the fan a lot of the time, but when I look at other people who are angered by Trump, angered by inequality, angered by all the bullshit that is going on right now, I see an incredible opportunity for change.

My experience in DC exceeded my expectations on every level. I couldn’t have found a better internship or community and I felt like every single day I was doing something that mattered. So I want to encourage all of you, no matter what you study or where you are in your academic careers, that if you’re angry about the state of our country right now, there is something you can do about it, no matter how small. Don’t be discouraged by the vastness of the problem. And lastly, judging by the results of the House election, collectively we took a small, but important, step in the right direction.

Sarah Garrett encourages students who want to make a difference to consider the UCDC program.

Welcome to the real world where women are Republicans. I’m so glad you could experience something other than the echo chamber at UCSB. This article is trash :’D

Anonymous
Reply to  A conservative female

Could not agree more.

Excellent and nuanced analyses of the author’s arguments. Thanks for the informative contributions (and the additional perk of your personal snark — provides a nice summary view of the of the mind of the posters).