The Isla Vista Community Services District voted to appoint a new president, vice president and general manager at its meeting Tuesday evening, shuffling leadership amongst itself. 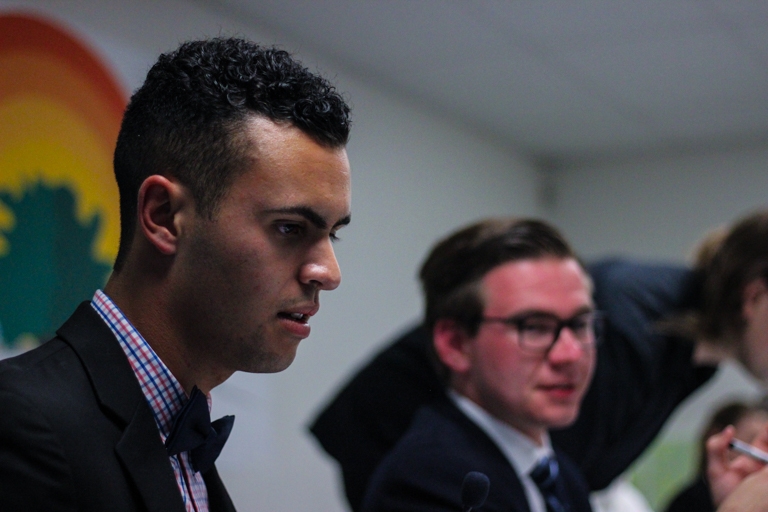 Former Isla Vista Community Service District (I.V. CSD) secretary Spencer Brandt took the reins from former president Ethan Bertrand. Bertrand, who was the I.V. CSD’s first president, will continue serving on the board as a director.

I.V. CSD Director Bob Geis will be filling the role of vice president, as former vice president Natalie Jordan completes her two-year term on the board. She plans on departing in the near future, at a time “that would be best for the district.”

“I wanted to reiterate that I am just so thankful for this opportunity and being on this board, but my time as a board member is coming to a close,” Jordan said during Tuesday night’s meeting.

The board also unanimously voted to officially appoint Santa Barbara City College Board President-elect Jonathan Abboud as its general manager, the I.V. CSD’s first official staff hire. Abboud had been previously serving as its interim general manager since the creation of the special district in 2017.

The board also discussed the possibility of gutting the position of secretary, which Brandt formerly held, noting that many of the duties of the secretary had been transitioned over to the general manager.

“It’s been the greatest honor I’ve had to date being president of the district. I’m really proud of all the work we’ve been able to accomplish,” Bertrand said. “I think back to when we came in on March 4, 2017, with a mandate to do a lot and not a lot to back it up.”

“We’ve done a great deal in just two years, and even with all of this, we’re still just getting started, so I’m really excited.”