The University of California Regents approved UC Santa Barbara’s acquisition of a 1800-acre property in Goleta on Tuesday, which the school plans to maintain as a ranch, according to UCSB spokesperson Andrea Estrada. 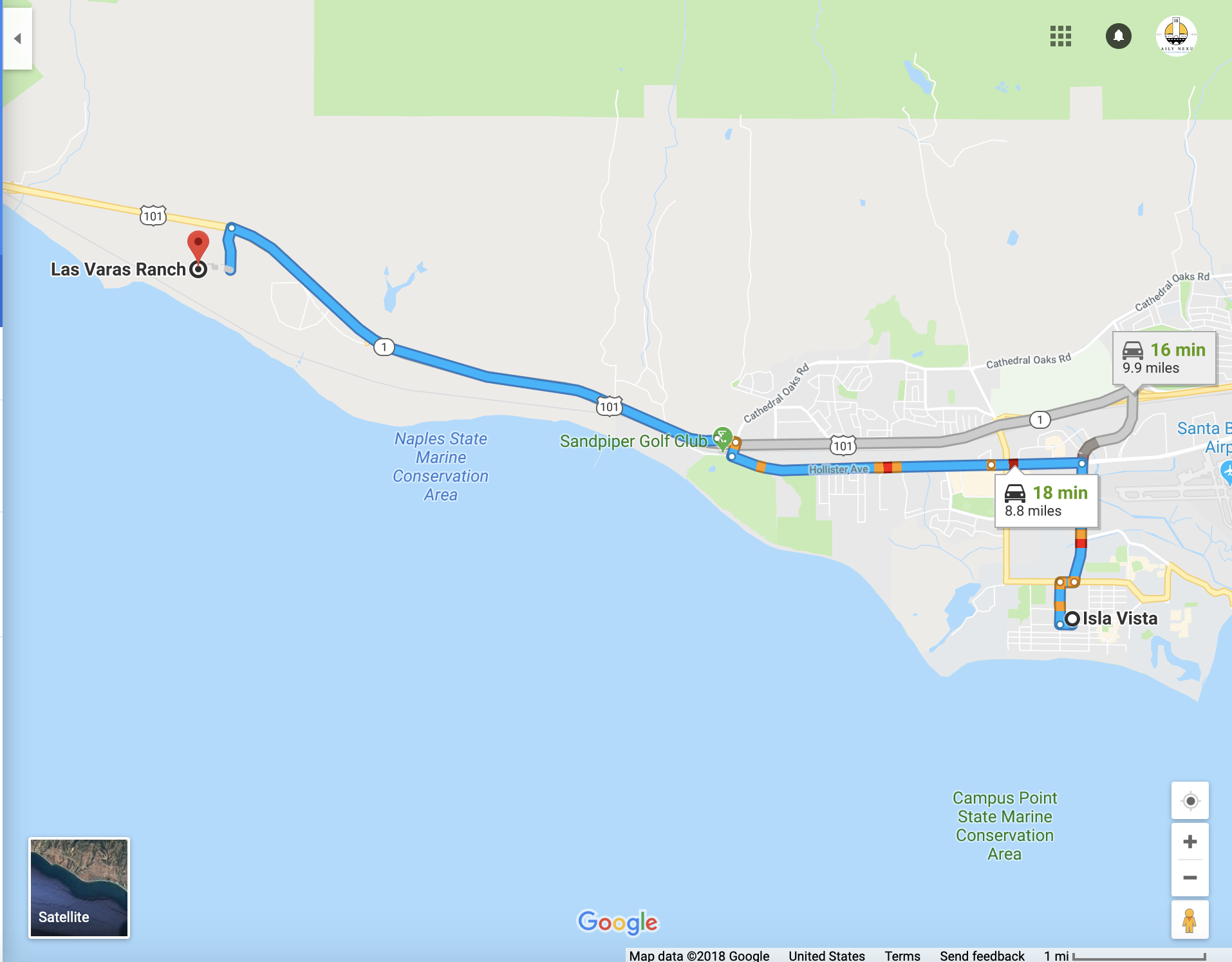 The ranch is approximately eight miles away from UCSB. Courtesy of google maps

“For the foreseeable future, UC Santa Barbara will maintain the property in its current state as a working ranch,” Estrada said in a press release sent out on Tuesday.

The property – known as Las Varas Ranch – was bought and donated by billionaire Charles Munger. It is listed for $108 million, according to the ranch’s website.

“We are immensely fortunate to have been entrusted with this ‘coastal jewel,’” Chancellor Yang said in the press release.

The ranch is located approximately eight miles away from the campus and Isla Vista. It spans the Gaviota coast and contains 160 acres of lemon and avocado orchards, according to Zillow.

The property also includes seven homes and a man-made lake.

It was initially listed for sale on April 5.

The owner of the ranch, Anita Doheny, said in a promotional video for the property that her husband bought the property in the 1960s. The land was initially lived on by the Chumash Indians, according to the ranch’s website.

Munger has made several large donations to UCSB in the past, including $200 million to fix the Chi-5 dorms in 2016 and $65 million in 2014 for a new residence for UCSB’s Kavli Institute for Theoretical Physics.

“We are enormously grateful to Charlie Munger for blessing our campus with this fabulous gift that will benefit our university for generations to come,” Yang said.

Further pictures of the property can be viewed here.

Munger should have (if he does not yet) a big UCSB building named for him.

at the very least one of the dorms he built

Join the discussion.. they should no longer be known as the Gauchos but rather the Mungers..

Good on Munger, but what is the school going to do with it? The article says they will maintain it as a working ranch…will it be open to the public or students? Wouldn’t surprise me one bit if it’s used as a private playground for UC admin & executive staff….

My grandfather John Edwards originally owned this Ranch my grandmother benefited from it her entire life. As a decendant I’m pleased to see it will remain in the state my family left it.

It would not surprise me if the University puts it back on the market.