The UC Santa Barbara Graduate Student Association voted to boycott the University of California Title IX Student Advisory Board Tuesday night, stating they will not recognize any new representatives the board may elect to fill UCSB’s currently vacant seats.

The vote passed with 23 yeses, zero nos and one abstension. 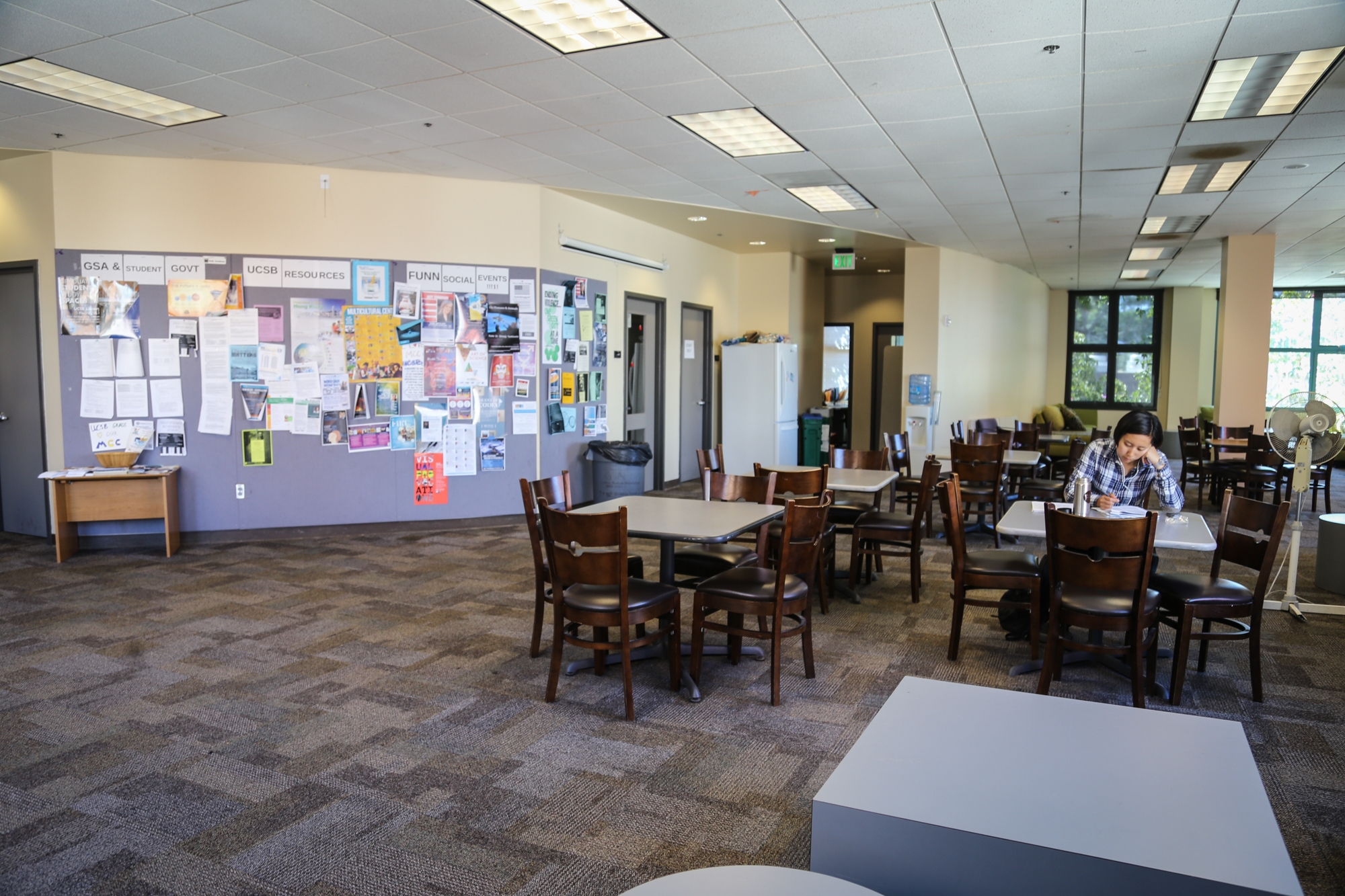 The GSA met in its lounge on Tuesday for the monthly meeting. Jenny Luo / Daily Nexus

GSA President Cierra Sorin said GSA voted to boycott the board due to changes in the Title IX selection process among other reasons, which include the suspension and subsequent resignation of fourth-year graduate student Jennifer Selvidge.

“The [executive] board has discussed this at length,” Sorin said during the meeting. “It is our position that we should not send another graduate student to this committee and should in effect boycott the committee.”

Sorin explained that in the past, the GSA had autonomy to choose who they wanted to represent graduate students on the board; now, Sorin would have an advisory role in the process, while Interim Title IX Coordinator Suzanne Taylor would have the final say on who UCSB’s representative is.

By boycotting, Sorin will refuse to take part in the selection process for a new representative.

Additionally, the association as a whole will not recognize any new board members until the board “acknowledges some structural changes need to be made and begin the process of making them,” said Raphael Chinchilla, GSA vice president for academic affairs.

Selvidge resigned from her position as UCSB’s graduate student representative on the Title IX student advisory board in November following disagreements with the UC Office of the President (UCOP).

These disagreements arose after the Nexus reported on Selvidge’s interpretation of the new Title IX policy changes.

She resigned a few days later, drafting a lengthy resignation letter and releasing it to the public by way of the nowUCSB Facebook page.

Selvidge also spoke heavily during Tuesday’s meeting, speaking to both her experience on the Title IX board as well as why she chose to resign.

“From our perspective, this is sort of a free speech issue,” Selvidge said. “If we cannot appoint our own independent representative… we can’t be certain that we’re actually going to get a representative who truly represents the graduate population, and that is concerning.”

Sorin added to Selvidge’s points, claiming the board and UCOP have tried “to bully us into compliance with them, which I’m super not fucking down with.”

“From our perspective and what happened with Jenny, [the Title IX Student Advisory Board] not only does not welcome dissent, but has actively tried to crush it,” Sorin said during the meeting.

“If you do not agree with what the Office of the President’s perspective is on the Title IX policy, and you are vocal about that, you will be removed.”

The board, which was created in Nov. 2017, aims to help clarify Title IX policies for students across the UC system.

The board’s current head is Taylor, who took over following the resignation of previous coordinator Kathleen Salvaty.

UCSB is now the only UC without any representation on the board. UCSB has not had a say in board decisions for almost a month.

“The university is continuing its search for UCSB representatives to serve on the Student Advisory Board,” Claire Doan, UCOP director of media relations, said in an email.

Taylor forwarded the Nexus‘ request for comment to Doan.

Correction [Dec. 12]: The vote passed with one abstention, not zero. This article has edited accordingly.