He replaced the former occupant of the position, Senior Deputy James McKarrell, who recently left the position after serving in it for three years. 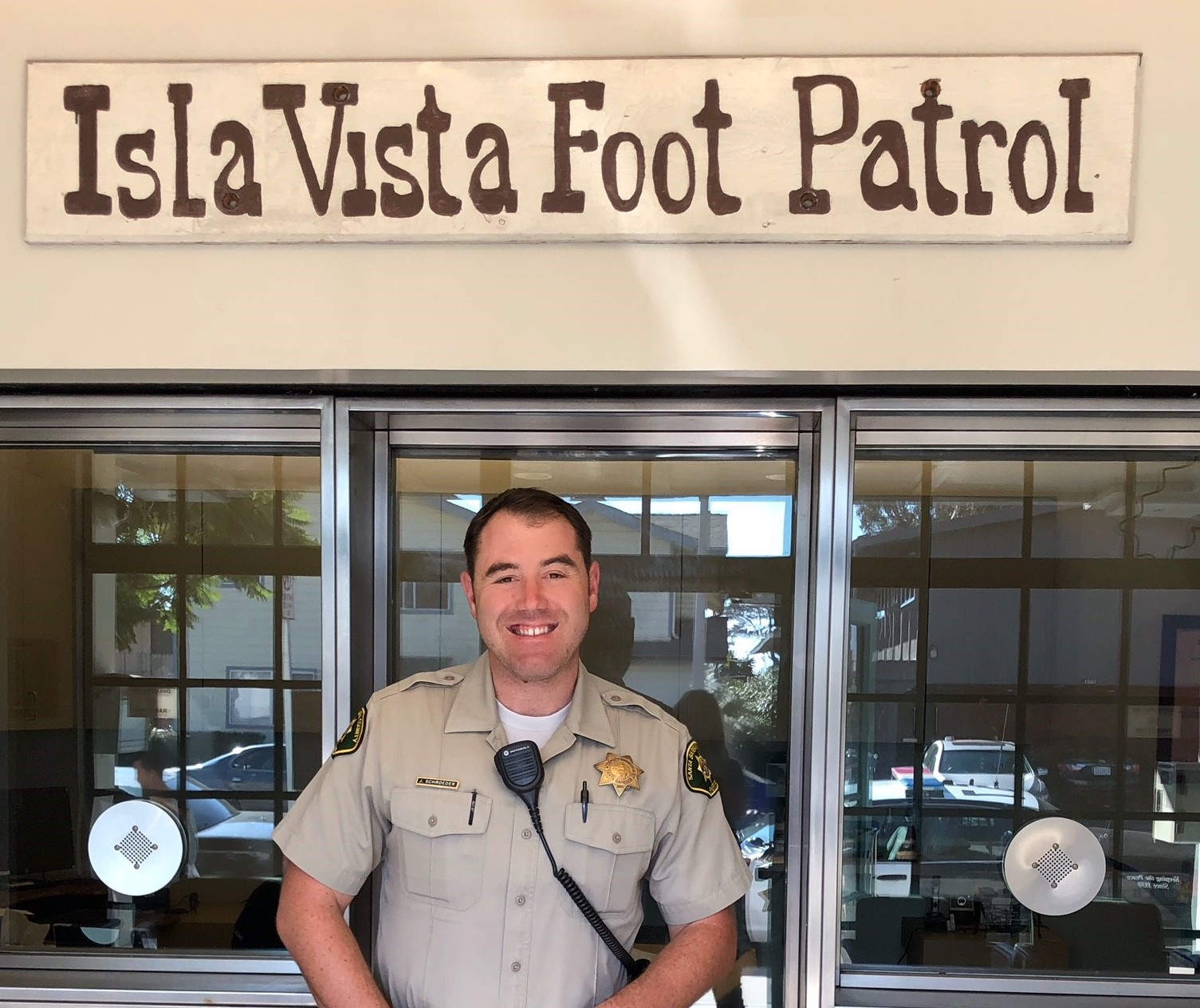 The Community Resource Deputy (CRD) serves as a community liaison for I.V., acting as a bridge between the residents, students, families, community leaders and law enforcement.

Now, after being stationed at the foot patrol for a year, Schroeder will be taking over the position of CRD.

Schroeder, a life-time Santa Barbara resident, said policing I.V. is unlike larger cities such as Goleta or Carpinteria.

In the past year since Schroeder has been stationed at IVFP, he said he has experienced the ins and outs of I.V.’s unique community and its functioning.

“I really saw the interaction between our department, law enforcement and the community members out in Isla Vista and saw how the way we interact really impacts how we enforce the law,” he said.

One project he wants to bring to I.V. is the Citizen’s Academy, which is a two- to eight-week program about law enforcement that gives insight behind what police do and why.

“A lot of stuff we do, the citizens don’t know why we do it. It’s tactically sound for us, it’s the way we’ve been trained, but the community doesn’t understand it,” he said.

Schroeder said his goal is to identify needs in the community by bringing programs. He is already working with I.V. Tenants Union, I.V. Youth Projects and UC Santa Barbara’s Associated Students to identify areas that require change.

Schroeder already started several programs since his appointment as CRD less than a month ago, some of which are pilot programs meant to gauge the response of the community.

One such project is the party registration program, which allows residents of I.V. to notify law enforcement when they are hosting large parties. Deputies will then send a text to the hosts to alert them if they have received any noise complaints.

“We don’t have anything like that. All we get is a large party and now we have to try to find a resident and we shut the party down because we can’t find anyone who lives there,” Schroeder said.

“If we were to send a simple text message, maybe the party would quiet down a little bit.”

He also wants to implement a diversion program for citations in I.V. Through this program, people who have received tickets for a noise or alcohol violation can attend an educational program and do community service as an alternative to paying fines.

Schroeder said it would be more beneficial to educate the public rather than punish them and students who cannot afford to pay a hefty fine.

He also brought up a program designed to educate people on how to react and respond to an active shooter situation. The current program in place is located in Goleta but is also in the works in I.V.

This collaborative effort brings forth several programs, such as town hall meetings for fraternities and sororities.

Schroeder emphasized the importance of town hall meetings, as they cover a wide range of topics in I.V. from sexual assault, how to act if pulled over by police or what to do if an individual is caught with an open container.

“Bring me what’s bothering you because I don’t know what’s bothering people out there. Sometimes people are a little shy or reserved about telling me. They’ll go to a party or they’ll go home and complain about it to their friends, but we never receive that complaint,” he said.

“I just want to open up that line of communication and really bring any issues at all to me, and I’ll do my best to address it.”

Deputy Schroeder can be found at the foot patrol station, located on 6504 Trigo Road in I.V.