The Assembly Budget Subcommittee No. 2 on Education Finance held a meeting on Tuesday to address campus budget and enrollment issues at UC Santa Barbara.

The subcommittee is tasked with assessing University of California budgets, student affairs and enrollment and meets over a dozen times throughout the year, according to the California State Assembly’s website. 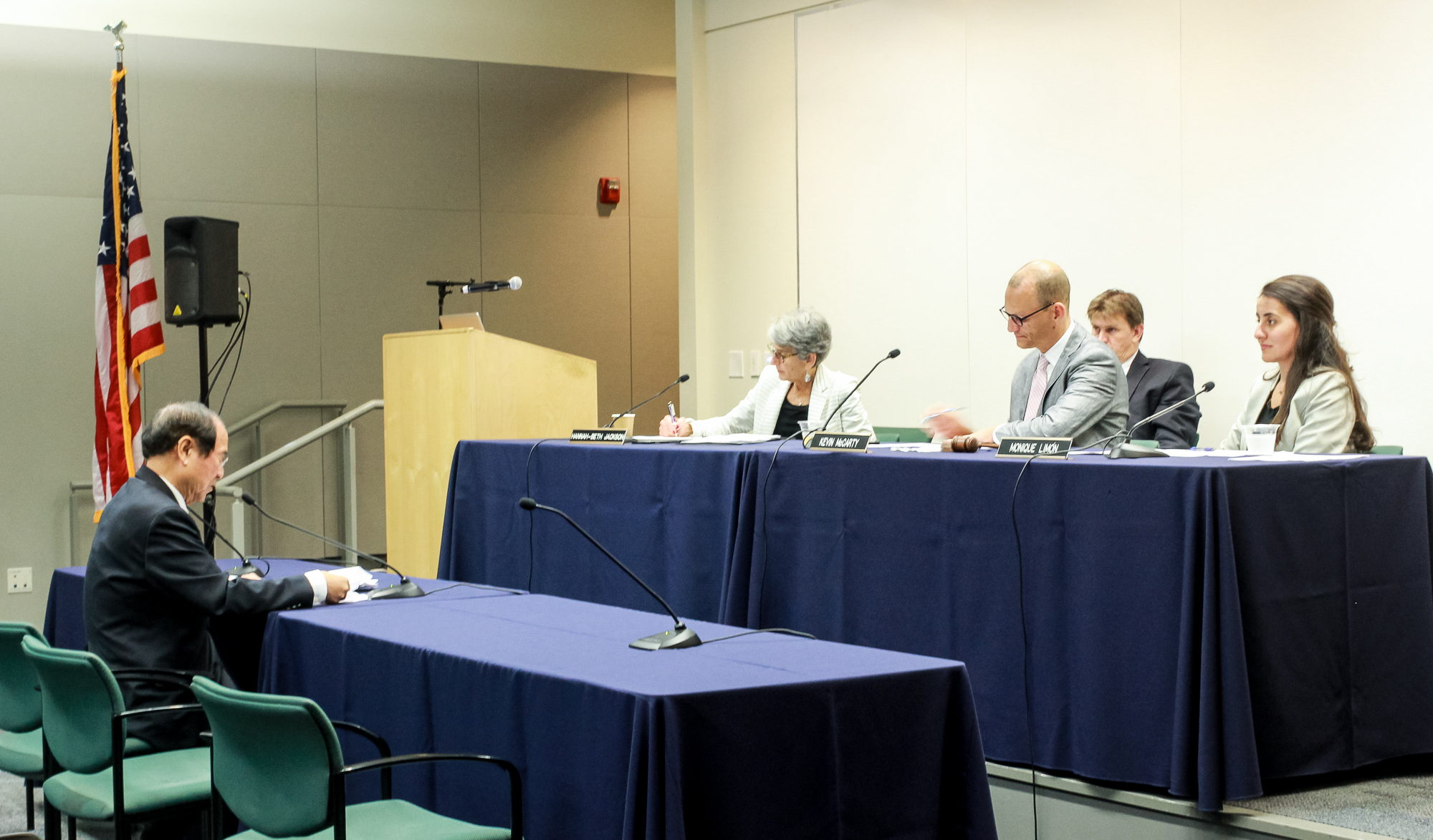 Panelists, students and faculty members from UCSB discussed a variety of topics ranging from building maintenance to Pell Grants in an effort to spotlight current and future problems within the University of California system.

Among the panelists were Chancellor Henry T. Yang and Lisa Przekop, director of the Office of Admissions at UCSB.

Chuck Haines, assistant chancellor of the Office of Budget and Planning at UCSB, addressed the assembly with concerns about the current state of the school’s physics program.

There has not been a “permanent increase” in facility space for the physics department since 1994, according to Haines.

He cited a shortage of space for students majoring in physics despite a 300 percent increase in the number of physics students since 2006.

Haines proposed UCSB construct a new physics building, which would encompass 125,000 square feet of space and cost $165 million. According to the meeting agenda, a source of funding has not been verified.

Across campus, the most recent classroom building was constructed in 1967, but the school has recently received preliminary project approval from the UC Regents to construct a new building, according to Haines.

In addition to core funding, campus revenue will also be used to develop the building, which will hold 2,300 new classroom seats, he said.

Housing has also become a primary concern for the campus as the increase in residents exceeded the school’s intended capacity by about 1,200 students, according to the meeting agenda.

The university plans to make space for 5,000 more beds by 2025 as part of their Long Range Development Plan (LRDP), according to the meeting agenda.

Currently, 1,500 of the 5,000 beds have already been constructed through the development of the San Joaquin and Sierra Madre living spaces, Haines said.

To fulfill the remainder of the LRDP plan, Haines proposed renovating existing housing sites such as Storke Apartments and the Channel Islands residence halls “to increase density and build additional housing.”

For the development of faculty housing, UCSB has taken a different route.

Not only will this bring faculty housing closer to campus, but Haines hopes that it will also bring a faculty presence to Isla Vista, attracting different businesses to the area and bringing steady activity to businesses during the summer and holiday seasons.

The school plans to carry out this project through a third-party developer, which Haines believes they will begin to look for sometime in 2019.

Campus buildings — many of which are “at the end of their useful life” — are requiring more money and maintenance over time, Haines said.

The effects of old equipment spill over to laboratories as well, forcing faculty members to work with old equipment that does not always support their research. This is known to stifle UCSB’s faculty recruitment process, according to Haines.

Haines noted that the school has used one-time state funds to fix critical building system problems in the past, but options are running out as “the backlogs are significant and the problems are growing larger.” 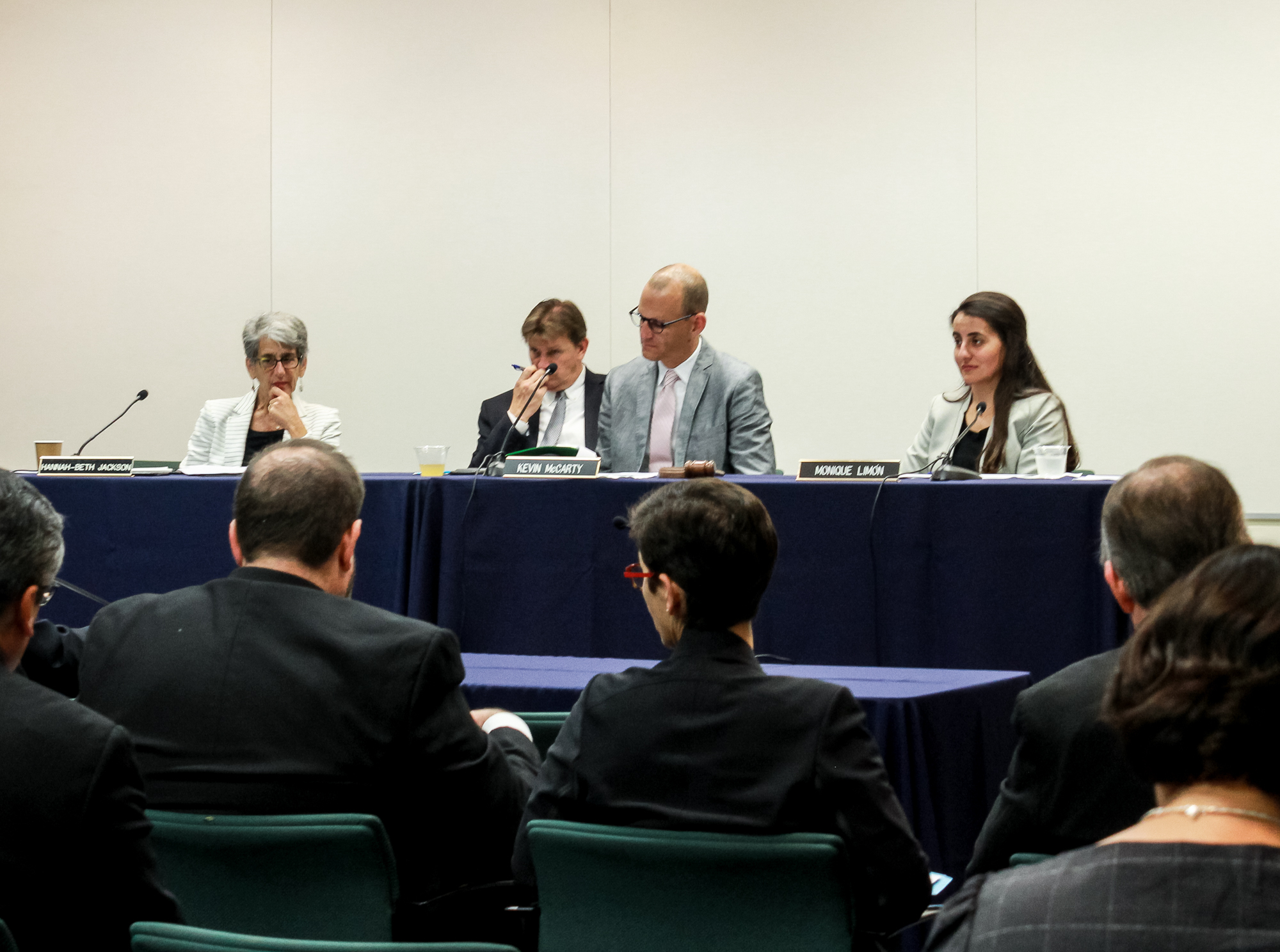 As the discussion turned to funding, local assemblymember Monique Limón asked the panel how they plan to prepare for the next recession.

Martin Shumaker, executive director of the Office of Budget and Planning at UCSB, explained that he and Haines are cautious about putting money into “permanent obligations.”

Shumaker added that UCSB has been “frugal” about its staffing in an attempt to do “more with less.” UCSB’s concern with the success of its programs and which programs will receive funding in the future is an example of this practice, Shumaker said.

Non-academic services, also known as auxiliaries, have been noted to provide the university with sizable additional revenue, he said.

Shumaker also recommended the university “look at philanthropy and grow that side of the campus to create revenue,” as this can help fill the holes caused by previous recessions in 2008 and 2012.

Limón explained that as a higher education facility, UC and CSU campuses do not receive funding from Proposition 98, which provides funding for California Community Colleges. This lack of annual funding poses further challenges in the way of sourcing revenue.

Another concern regarding enrollment is attracting out-of-state and international students. Haines said he believes the price of tuition is not competitively priced, comparable to that of Ivy League universities.

Out-of-state tuition practices, such as the school’s refusal to give financial aid to residents outside California, diminishes its demand from an out-of-state perspective, Haines said.

Concerns are different for in-state students, according to California Assemblymember Kevin McCarty, who serves as the chair of the committee. The average yearly rate for room and board at UC Santa Barbara is $15,273.

But room and board, unlike tuition, is not covered with money from traditional Pell Grants or UC Blue and Gold Opportunity Plans, forcing roughly 40 percent of the student body living in residence halls to either find applicable scholarships or take out loans.

Recently, UCSB has ramped up efforts to support its students during economic hardships and times of distress, according to the meeting agenda.

For example, UCSB has developed meal, grocery store and housing voucher programs; a financial crisis response team; a food boarding program to help students cook communally; and a CalFresh campaign, which registered roughly 3,000 students and brought $5 million worth of resources to UCSB students.

With many projects and policies set for implementation in the coming years, the potential effects on the campus and its community are still unknown, Jackson said.

“We must not compromise the qualities of education and diversity,” Yang said during the meeting.