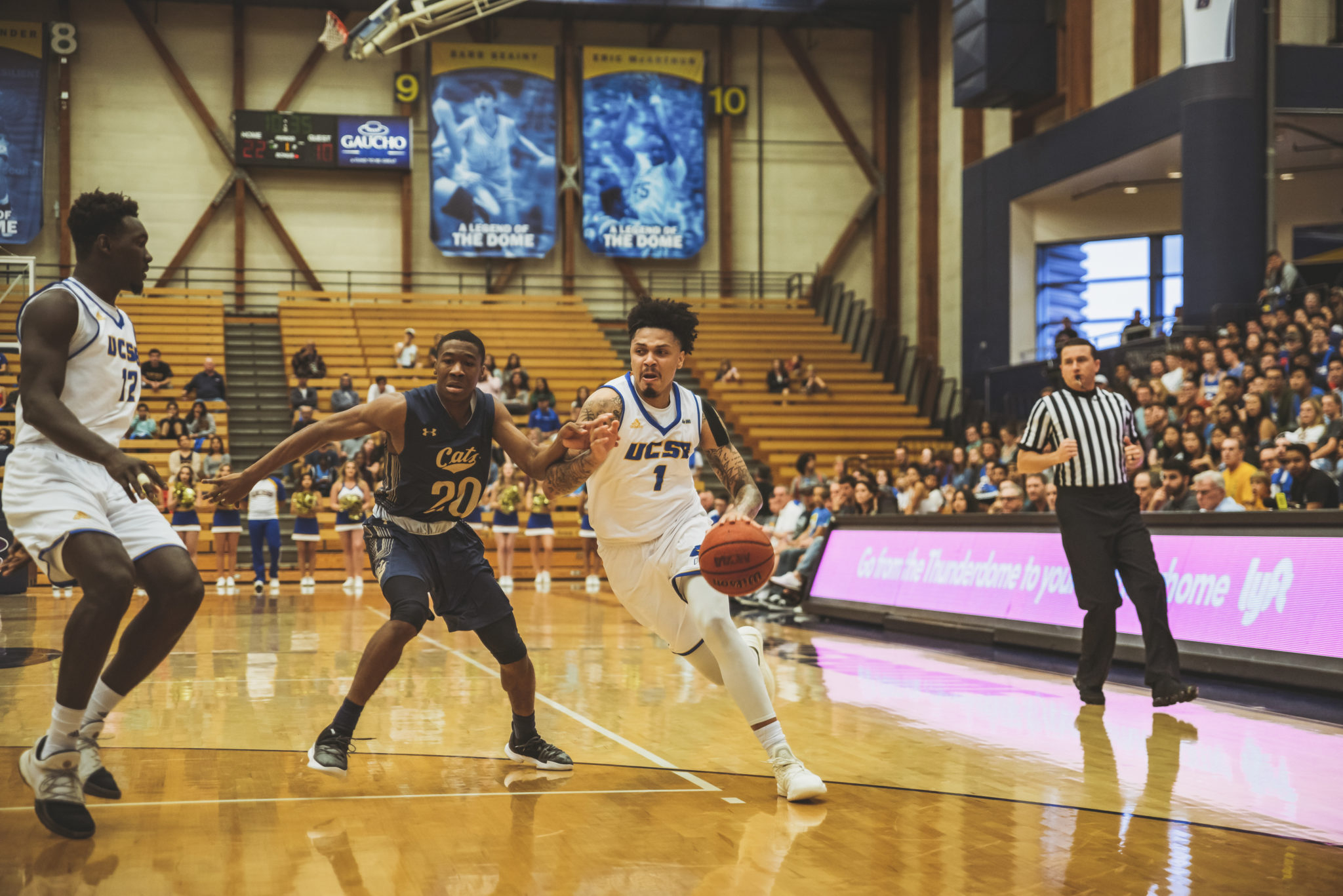 For the first time in 10 years, the UCSB men’s basketball team is 5-1 to start out the regular season. Although star guard Max Heidegger has yet to play this season due to a concussion, the new Gaucho starters are having no problems holding it down for second-year Head Coach Joe Pasternack.

Following a monster Thanksgiving weekend from graduate student and team guard Armond Davis in Boise, Idaho — earning him Big West Athlete of the Week — UCSB will come home to the Thunderdome and host Sacramento State on Thursday evening. The Hornets are unbeaten through three games this season but have yet to play an away game.

Sac State recently pulled out consecutive wins against Big West foes as it held off UC Davis in a tight 58-55 win on Nov. 20. Later in the week, the Hornets knocked out Cal State Fullerton in an 87-82 overtime shootout on Nov. 24.

It’s been a surprisingly promising start for the Hornets following a feeble 7-25 season just a year ago, but senior guard Marcus Graves has been giving Sacramento new life with his return to the hardwood. Graves leads the Hornets’ attack with a mark of 15.0 points per game, with an average of 9.3 rebounds and 9 assists.

The senior opened the year with a triple-double against Simpson University as he posted 12 points, 10 rebounds and 11 assists enroute to a 76-52 blowout. Although Graves limited himself to a mere two turnovers against Simpson, UC Davis forced him to commit eight turnovers just a week later.

Sophomore forward Ethan Esposito is a solid threat off the bench for the Hornets, as he also posts a 15-points-per-game mark, tied for first on the Sacramento squad. Esposito adds 7.3 rebounds per game and has been much more efficient than Graves when on the floor, as he is currently shooting a 60.9 field goal percentage, compared to Marcus Graves’s 31.4 percent during the season.

During the latter half of the week, the Gauchos will head up to Seattle, Wash. for a showdown against preseason No. 25 University of Washington. Washington fell out of the top-25 rankings following losses to current national No. 8 Auburn earlier in the year and Minnesota over the Thanksgiving break.

The Huskies head into the Sunday evening matchup sporting a 5-2 record with an attack spearheaded by sophomore guard Jaylen Nowell and senior forward Noah Dickerson. Nowell boasts a 19.8 points-per-game average while shooting 59.5 percent from the field. Leading the front court, Dickerson adds 18.5 points per contest along with 8 rebounds a game.

Washington has an array of weaponry, as seen during Tuesday evening’s game against Eastern Washington in an 83-59 triumph, with senior guard Dominic Green leading the attack for the Huskies with 25 points on 9-13 shooting from the field.

UW shifts its focus to UCSB over the weekend as the Gauchos look to knock off the best opponent on their schedule. SB is 1-1 on the road this season, but the ’Chos are coming off a four-game winning streak and hoping to ride their Cinderella start to an underdog victory over the favored Huskies.

The Gauchos play Sacramento State on Thursday evening with tip-off scheduled for 7 p.m. at the Thunderdome in Santa Barbara. Over the weekend, UCSB will hit the road for the matchup of the year against the University of Washington Huskies at 7 p.m. on Sunday night in the Alaska Airlines Arena of Seattle, Wash.