Many Santa Barbara students and residents took the drive to Los Angeles this past weekend to attend famous rapper Tyler, the Creator’s music festival, Camp Flog Gnaw. Between the long days of dusty air quality and hours standing in tightly packed crowds at Dodger Stadium, getting a bite to eat was definitely a necessity. 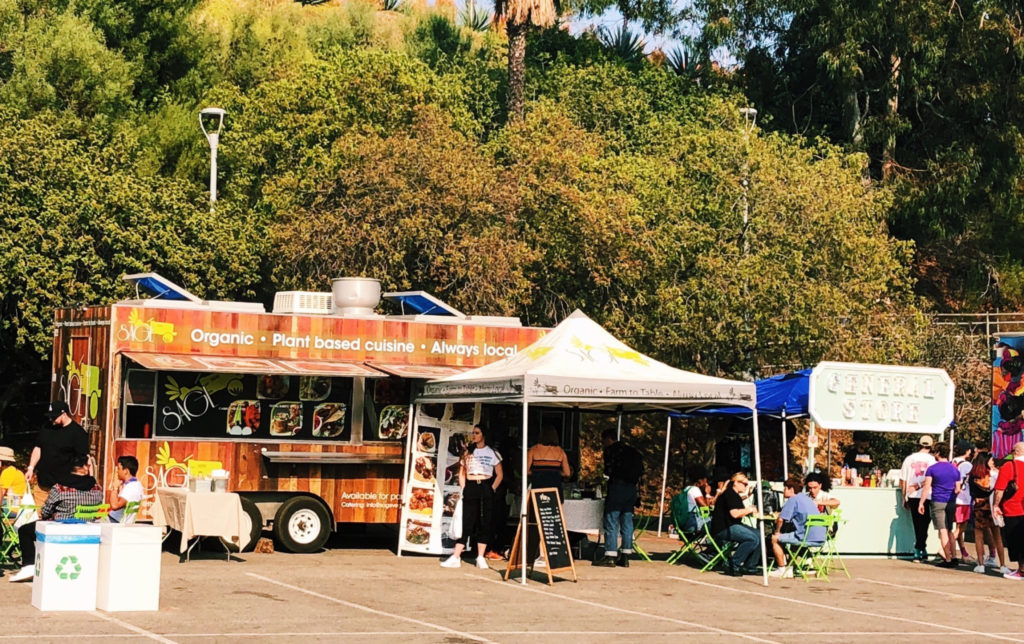 Although I quickly realized my options consisted of only food trucks, I set out to find some healthy options offered at the festival. I was pleasantly surprised to see several different trucks advertising themselves as purely organic and plant-based! On day one, I headed over to a green-colored truck owned by Sage Bistro, while my friends indulged in the gourmet mac and cheese from a truck that offered toppings of either bacon or lobster.

I later found out that Sage Bistro is actually a well-known vegan restaurant in L.A. The truck offered some of its most popular items, including the buffalo cauliflower, avocado street tacos, orange mock chicken, nachos and more. I ordered a jackfruit burrito bowl, which was also offered in burrito form. To my delight, it kept me full all day while not making me feel gross throughout the festival. 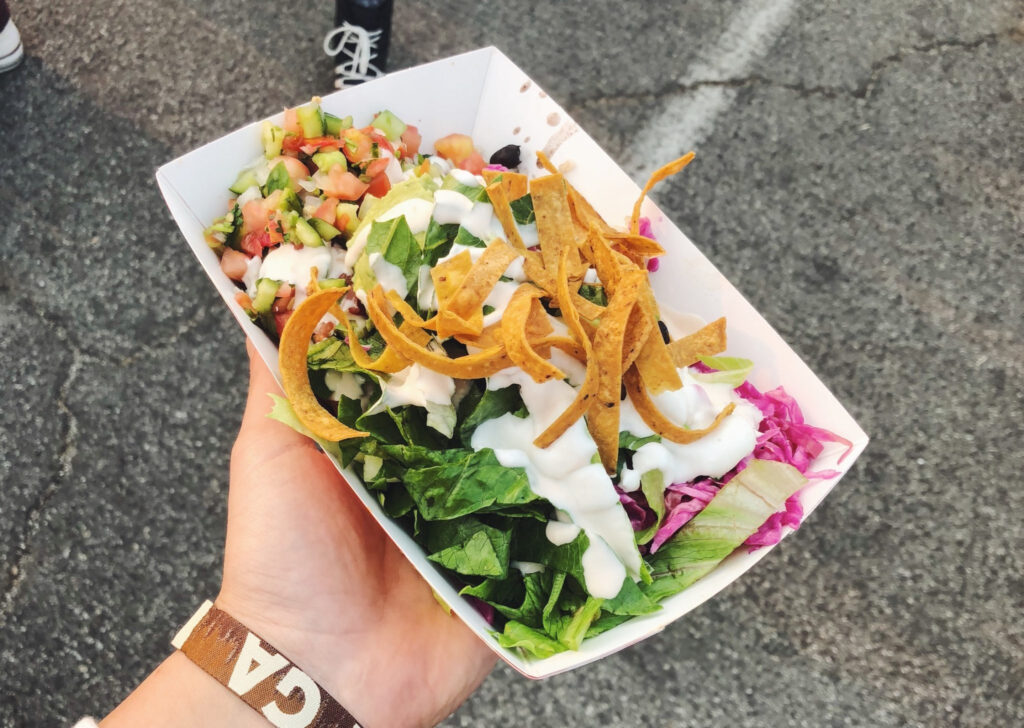 On the second day, my friends and I chose to eat before arriving at the festival, but by dinnertime we were ready for another run to the food trucks. This time, I opted for a taco from a veggie taco truck that offered four different varieties of vegetarian street tacos, including carne asada with onions and cilantro; jackfruit carnitas with grilled onions and cabbage slaw; aztec pastor with black beans, corn and sweet potato; and chicken barbacoa with onion and cilantro. I chose the aztec pastor but opted for only one taco instead of the platters with three, four or five.

Why did I choose to order only one? One reason: money. While Camp Flog Gnaw did a great job of breaking the junk food stereotype associated with music festival food and food trucks, it did not hesitate in overpricing its food. While my burrito bowl the first day was amazing, it may have not been worthy of a $16 price. My friends almost couldn’t believe their eyes when their mac and cheese the first day or slice of pizza the second day were both close to $20.

Even with the pricy cost of eating at the festival, Camp Flog Gnaw gave me a taste of L.A. and provided multiple healthy options that even accounted for dietary restrictions. I think everyone who was in attendance this past weekend can agree that having such great food options made the festival even more enjoyable.