The Daily Nexus
News
Second-Year Remembered As Caring and Intelligent
November 15, 2018 at 1:12 am by Jorge Mercado

A second-year UC Santa Barbara student died on Saturday, Oct. 20 after falling off the cliffs on Del Playa Drive. He was 20 years old. 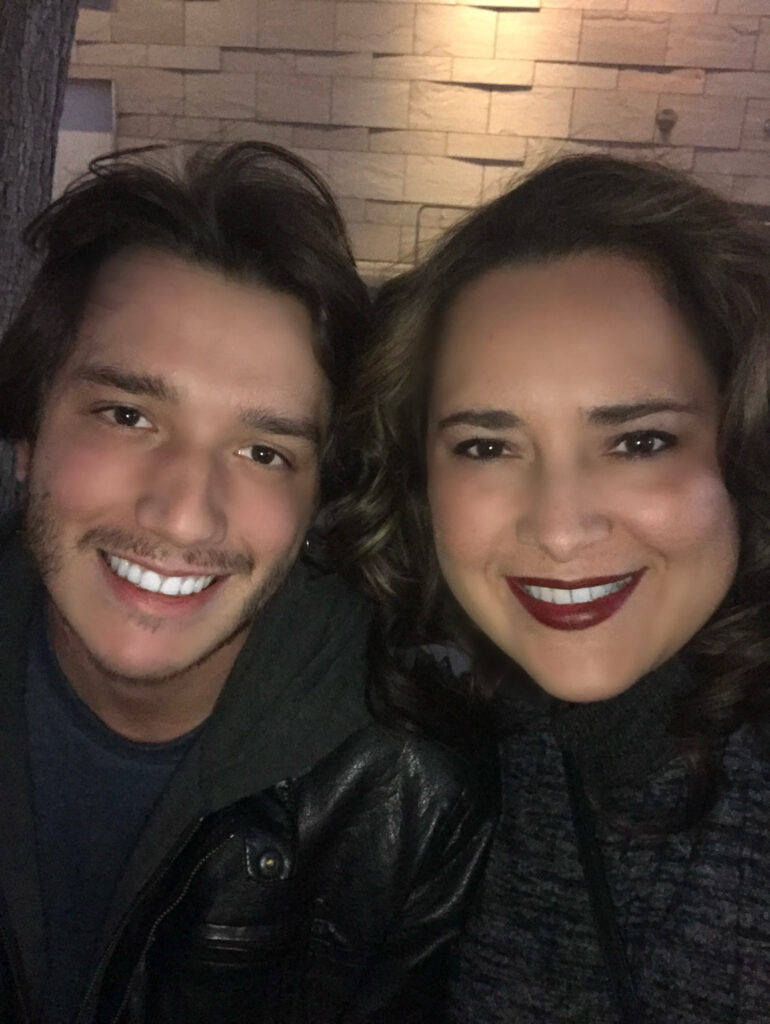 Alessandro Esquivel was born on Aug. 13, 1998. As a second year, Esquivel was a pre-mathematics major who had recently gotten closer with God and had hopes of one day being a pastor.

His mother, Ana Karina Esquivel, said nearly 200 people showed up to his funeral, all of whom described her son as a “funny, charming young man.”

“He was a great kid. He certainly had his faults and he did not do everything perfectly, but he was always there for those he loved and he was so positive,” Ana said.

Ana described her relationship with her son as “extremely close” and said he was a great son who always worried about her and really loved being around his family.

Ana also said she could never stay mad at her son. One time, when Alessandro was in middle school, Ana picked him up and was so mad she said she was going to push her son’s head into the window if he did not behave.

Even though Ana was clearly joking, her son took no chances, and just to make sure she could not do that, he rolled the window all the way down and just stared at her with a funny look.

This prompted Ana to burst out laughing, saying that “he was such a funny, smart kid” that she could never be mad at him.

Ana also said she never missed an opportunity to tell her son how much he meant to her.

“I would always tell him that he was the love of my life any chance I had. And he knew how much I loved him,” Ana said.

Part of the reason the two were so close as well was due to the less than ideal circumstances around her son’s birth.

Alessandro was born three months premature, forcing him to stay in the hospital under surveillance. While there, he contracted a bacterial disease: septic arthritis.

“He was a fighter as a baby,” Ana said. “They told me many times he wasn’t going to make it, but he never gave up.”

The doctors performed the surgery to cure the disease successfully and following the surgery the doctors told Ana that they would give her son an antibiotic for 28 days.

Unfortunately, one of the side effects of the antibiotic he was given was hearing loss. About a year after his birth, Ana was given the news that her son had suffered hearing loss. He was not completely deaf but was hard of hearing in both ears.

Throughout his childhood, Alessandro wore hearing aids, but over the years his hearing got worsened. He eventually had to get cochlear implants in both ears to hear well.

Alessandro felt self-conscious about who knew about his disability in his early teen years, but once in college, he started to become more comfortable with himself.

“He used to wear his hair really long but in these last couple of years, he just said he didn’t want to worry about it anymore and he wanted to have a short haircut and just be himself,” Ana said. “He had nothing to be ashamed of; it did not define him.”

His best friend from high school, Lauren Blevins, also said that Alessandro had nothing to be ashamed of in terms of his disability.

“It made me even more comfortable around him honestly,” Blevins said. “He had so many other amazing qualities and he would just be my perfect balance and I had so much fun with him every single day.”

His uncle, Mikey Velasquez, described Alessandro as his “little brother,” saying he would “always be out there to protect him” if anyone had teased him about his hearing disability.

The two were very close and spent a lot of time together watching movies and just hanging out.

Velasquez was also the person that introduced Alessandro to his favorite band, Blink-182. He even recalled when the two went to a music festival together and got to see them live on stage.

Velasquez said Alessandro “made everyone he knew smile” with his presence. He added that it is heartbreaking that his nephew’s “light” is now gone.

Many people who knew Alessandro also described him as intelligent. Velasquez said he often read lots of books and that “he never had a dull moment in his life because he was always seeking more knowledge.”

Alessandro’s roommate, Jean Shanna, said he thought Alessandro was a “curious guy” and could always be found reading.

“It is funny because he would read like six or seven books at one time,” Shanna said. “I remember he would read 50 pages of one book and then move onto the next book.”

Shanna also stated Alessandro had so much knowledge that he would always go to him when he needed some information on any subject.

“He thought so deeply about everything and the most interesting conversations I had were with Alessandro,” Shanna said.

On Oct. 28, Alessandro’s former floormates from freshman year held a small vigil for Alessandro at the beach. Shanna was in attendance along with the rest of his floormates and his former Resident Assistant.

“We were good friends and he was a really caring guy and a really funny guy. He was really special,” Shanna said.

Alessandro was also mischievous and curious, according to friends. Blevins recalled catching her best friend look through the glove compartment of her car in one of their first encounters.

“It’s just funny because I was just like, ‘Why is he going through all my stuff?’” Blevins said, laughing. “But he just wanted to know what music I listened to and then I told him about the blink-182 CD I had. He got so excited and we just started listening and singing at the top of our lungs.”

Blevins also said that she never had a dull moment when she was with Alessandro.

“No matter where we were it would always be a great time. Even if we were just on the streets talking or at a coffee shop or anything like that, we would be having so much fun. He was just so great to be around,” Blevins said.

In one of their first meetings ever, Blevins was paired with Alessandro in her icebreaker group in a truth or dare game. In the game, if a person correctly guessed the number the other person was thinking from one to 10, then the person would have to say their truth or do their dare.

As luck would have it, Alessandro guessed correctly and Blevins was forced to do her worst dare, licking the foot of a chair.

“I just remember saying ‘I am never doing that’ and Alessandro kept pushing me to do it for what felt like forever,” Blevins said, laughing. “I finally just said ‘I’m not going to lick that, I mean would you do it’ and he just said ‘no’ and we just started laughing.”

Blevins and Alessandro spent nearly every day together during her senior and his junior year of high school and continued doing so even when he was a senior.

The two spent so much time together Blevins said classmates would come up to them asking if they were a couple. The two would laugh off the question and say they were just friends.

Even his mother would tease him to make a move on Blevins but the two were just great friends, something Blevins says she will never forget.

“Alessandro showed me what it meant to love someone and truly care about them. He was a great person, compassionate, funny, handsome… He was everything and I will always miss him,” Blevins said.

The U.S. flag will be flown at half-staff at UCSB on Nov. 15 in honor of Alessandro.

From the Ventura County Star: “Esquivel had been a student at UC Santa Barbara, but he was not currently enrolled in classes, Sgt. Daniel Calderon said.”

So he was not actually a UCSB student at the time of his death.

Anonymous,
How does that matter? Alessandro was a student, he had just dropped out on Monday October 15, 2018, just a few days before his passing. My son died and all you have to say is that he wasn’t a student”, really??