The Daily Nexus
News
New Hip Hop Classes Bounce Into Campus Next Quarter
November 15, 2018 at 1:16 am by Sofía Mejías-Pascoe

Jordan Mitchell knows a thing or two about hip-hop.

Mitchell is now a classically trained musician majoring in music composition in the College of Creative Studies, but he still holds onto the traditions of hip-hop culture that fostered his youth.

“I’ve been around hip-hop my whole life. I’ve been around a lot of non-traditional music,” Mitchell said. “It was a hard transition learning how to learn all these Western methods, but I learned how to produce and create beats.” 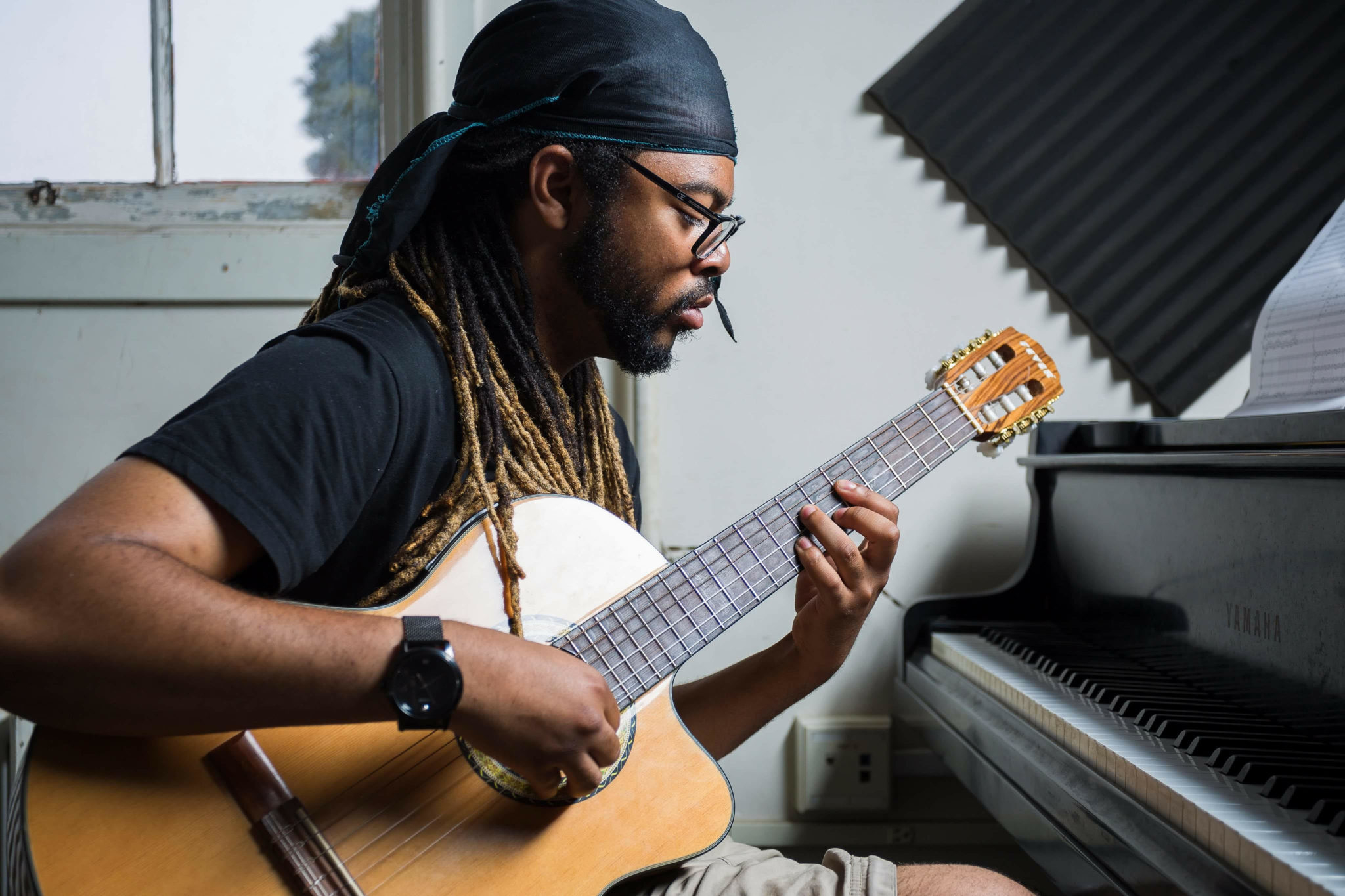 To finish off his last year at UCSB, Mitchell will teach two courses in hip-hop over the rest of the academic year: Hip-Hop as Orchestration in Winter Quarter 2019 and Sociology of Hip-Hop in Spring Quarter 2019.

Hip-Hop as Orchestration will focus on the fundamentals of hip-hop production using Digital Audio Workstations (DAWs) and applied knowledge of basic music theory.

Students will be using Logic Pro X, a commonly used DAW, to create original beats and familiarize themselves with the navigation of hip-hop production programs, Mitchell said.

“Like immediately, first day of class, you’re gonna leave with something made,” he said.

Throughout the 10 weeks of the course, students will recreate the sounds of five subgenres of hip-hop, including boom bap, reggaeton, party bangers, trap and alternative rap.

Both classes also aim to educate students on how the original meanings of hip-hop intersect with modern technologies, which have given rise to many changes in the genre.

Mitchell said the last decade in hip-hop has seen an increase in the number of artists who create musical productions through digital programs without any prior experience in the field.

“Everyone has a computer now, and people are doing this thing where they just originally create beats from scratch with no prior musical training. They’re sitting here and they’re just putting stuff together,” he said.

He added that while hip-hop has become more accessible to more people, some of the core elements of the genre have been compromised in the process.

Sociology of Hip-Hop will discuss these types of paradoxes in the genre as well as changes in the messages, sounds and producers of hip-hop.

“I’m really testing the boundaries of, like, what is modern hip-hop,” he said. “How does hip-hop go from poor people to what we’re seeing as rich people music?”

Mitchell wants students to come out of the class having adequate knowledge about the social context of modern hip-hop as well as how to think critically about hip-hop, its producers and why it looks and sounds the way it does today.

Discussion topics in Sociology of Hip-Hop will include stigmas, dichotomies of masculinity and femininity, sexualization and desexualization and LGBTQ+ artists and issues, according to Mitchell.

Mitchell has been workshopping these courses since his first year at UCSB, when the idea to teach a course at UCSB in hip-hop first dawned on him.

Mitchell said the legitimacy of hip-hop as a serious musical genre is sometimes undermined by beliefs about it being too simple and too distant from the pillars of music theory. He expects there to be some criticisms of the hip-hop classes from colleagues and faculty once the class begins.

“I have people that will love the class in the music department … and then a lot of people will for sure hate it and don’t like that it’s intentionally going away from Western pedagogies on purpose and intentionally not doing what my teacher taught me,” Mitchell said.

These courses are offered through a program that allows students in the College of Creative Studies to teach a course during their time at UCSB. Students in the program must present syllabi and teaching plans for the course before they are approved to teach it, according to Mitchell.

Mitchell worked on his plans for the courses throughout summer, having to make many changes throughout the process and prove the classes to be legitimate, educational courses.

As far as he knows, this is the only time the classes will be offered, as Mitchell knows of no one who would be interested in taking over the class once he graduates.

Mitchell hopes these courses will show students not only that music education can be an advantageous career path but also that they have the capability of being successful in whatever they choose to do in the future.

“Music’s not worthless at all. I want people to embark on that,” Mitchell said. “I just care about influencing people to do the best in what they want to do.”

After graduating, Mitchell plans to obtain a masters degree in music education and return to his alma mater in Stockton to teach music and composition in hip-hop production.

A version of this article appeared on p.1 of the Nov. 15 print edition of the Daily Nexus.

Isn’t this the guy who threatened and assaulted college republicans?

You’re an idiot. Instead of insinuating and possibly spreading false information, why don’t you prove your claim with facts? Great job on staying behind a computer screen. It emphasizes your cowardice and lack of intelligence.

He said “I’ll f*** your a** up” and “do you wanna catch these hands”. I can’t link the video on here but its titled “UCSB College Republicans protested, threatened over Ben Shapiro event” search on youtube and you can see for yourself.

Good for you, Jordan! What a creative and worthy venture. I wish you the best for your future endeavors. Love and good wishes from Los Angeles, CA <3

As a woman, I’m frightened that someone with a history of violence like Jordan’s is allowed to teach at UCSB.

How do we support an abuser?