A few weeks ago, the journalist Jamal Khashoggi was abducted and murdered by agents of the Saudi Arabian government in Istanbul, Turkey, sparking international turmoil. The incident forced heads of state to reevaluate their ties to the country and drew sharp criticism about its repression of human rights and government dissenters. It also shone a spotlight on a subset of the population that has been oppressed by its government for decades: women.

Under the rule of crown prince Mohammed Bin Salman, also known as MBS, Saudi Arabia appeared to be taking steps toward gender equality. On June 24, 2018, MBS began issuing driver’s licenses’ to women, a right that the government had denied for decades. But while MBS has publicly claimed to be an ally of the feminist movement in Saudi Arabia, he has done nothing but perpetuate the country’s dark history of political oppression. Not only were scores of female activists arrested for peacefully protesting for the right to drive, but also for celebrating after that right had been granted.

Hatoon al-Fassi, Ph.D., a prominent activist and associate professor of women’s history at King Saud University, had received her driver’s license and publicly announced her plans to celebrate the lifting of the ban and continue her activism. Three days later, she was detained on unknown charges. The government has not released any information pertaining to the status of her arrest. Her whereabouts are unknown. Her location is unknown. Whether or not she is even alive is unknown — to her family, her community and the world at large. 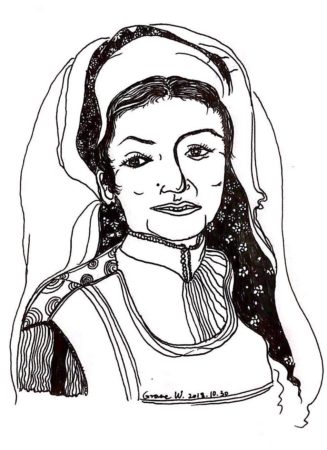 This is not an isolated incident, but part of a larger pattern of arrests targeting dissenters, feminists, scholars and activists. Since May 2018, the government has abducted several other women. The current administration has defended its actions by arguing that these civilians pose a threat to the state by engaging in “suspicious contact with foreign entities” and providing “support to foreign enemies.”

The case of Hatoon al-Fassi and her fellow activists is made all the more concerning by a legal system that is prejudiced against women. As reported by the The New York Times, Saudi Arabian women are not guaranteed a fair trial. Their witness statements are given half the weight of a man’s. They can be arrested for “disobeying” their assigned male guardians and cannot be released from custody to anyone else. Furthermore, the government holds female arrestees without providing them access to legal counsel or outside communication. These policies have been widely criticized by human rights groups and foreign governments. Yet no concrete actions have been taken by the international community, partially due to the United States’ relationship with the Saudi government.

We must stand with Hatoon al-Fassi, and with scholars across the world, to demand the human rights and justice that are constantly undermined by the Saudi Arabian legal system.

As students, citizens of America and members of the global community, it is critical that we hold Saudi Arabia accountable for its actions. Though it is easy to feel distanced from this issue, each of us can and absolutely should make the efforts to voice our hearts and minds about the horrendous human rights injustices that go unquestioned. As university students, we are encouraged to voice our opinions and to question the status quo as we pursue our education. We have the right to free speech and to voice criticisms of our government. The case of Hatoon al-Fassi serves as a reminder that these rights should not and cannot be taken for granted. Thus, it is imperative that we use our privilege to spread the word and not let voices like hers fall silent. We must stand with her, and with scholars across the world, to demand the human rights and justice that are constantly undermined by the Saudi Arabian legal system.

That is why our honors seminar, Advocating for Scholars at Risk, has partnered with the Scholars at Risk (SAR) network, an organization that develops advocacy strategies for persecuted people like al-Fassi on a case-by-case basis. In doing so, we hope to shine light on the injustices Hatoon al-Fassi and her colleagues have been subjected to.

Please join our movement by visiting the Arbor walkway on Tuesday, Nov. 13 from 2 to 4 p.m. to sign petitions through the SAR network and Human Rights Watch to garner attention for al-Fassi and scholars like her. Additionally, you can take a picture by our stand with the hashtag #FreeSaudiFeminists for a chance to win a free tee shirt and other fun prizes to spread the word about freeing Saudi Arabian feminists and activists.

The students of Advocating for Scholars at Risk seek to illuminate the injustices committed against women activists in Saudi Arabia. To learn more, please visit https://www.facebook.com/FreeSaudiFeminists/.

Don’t stop at Saudi Arabia, all Muslim countries are like that.