This past weekend’s Gelato Festival America at La Cumbre Plaza in Santa Barbara featured five contending gelato chefs hailing from different parts of North America, ranging from as far as New Jersey to as near as San Clemente. Despite my lactose intolerance and my girlfriend’s desperate pleas, I could not and would not resist a chance to sample what would surely be a beautiful spread of gelato.

As I arrived at the festival with Lactaid in hand (what we intolerants like to refer to as Hope Pills), I surveyed the five competing flavors in their respective tents, each recipe refined and tuned.

In between my animalistic consumption of poison (dairy) and slamming back Hope Pills every 30 to 45 minutes, I found a few favorites. One of them was Fresh Passion Fruit Lemonade Sorbetto, a gorgeous, sour and sweet experience crafted by Marilyn Way of Fiasco Gelato in Calgary, Canada. 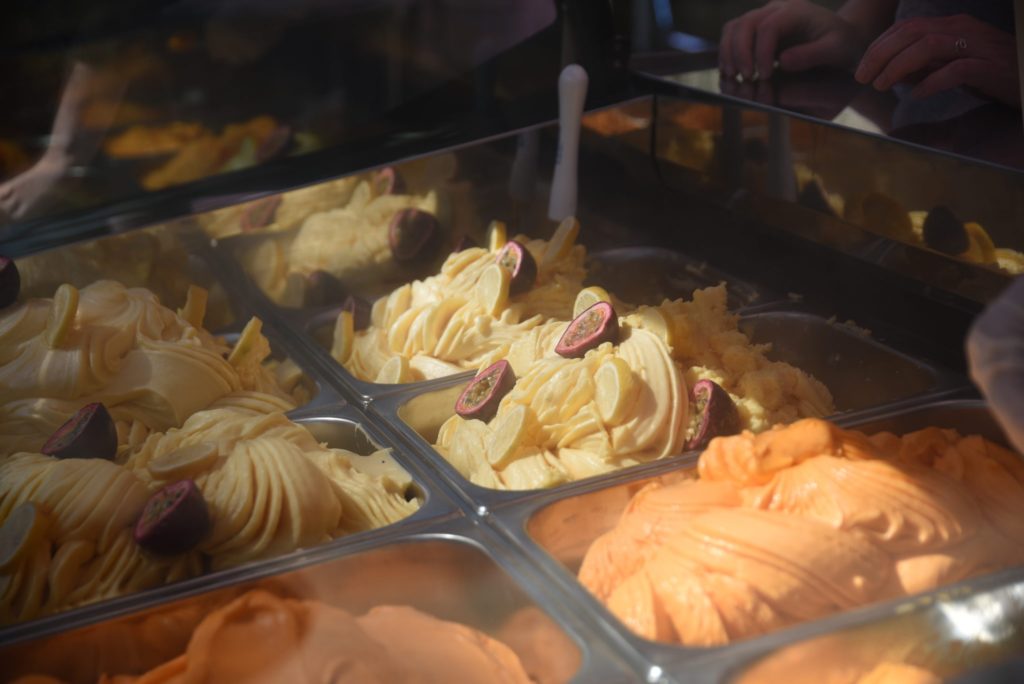 “We’ve got passion fruit juice from Ecuador and then fresh lemon juice and lime zest in there,” the chef said, describing her ingredients. I asked her what inspired the choice of the flavor. “We wanted to do something really fresh and summer-y for California. Passion fruit has always been one of my favorite flavors and lemon’s a top seller in our cafe. It’s nice and nostalgic — people love it.” 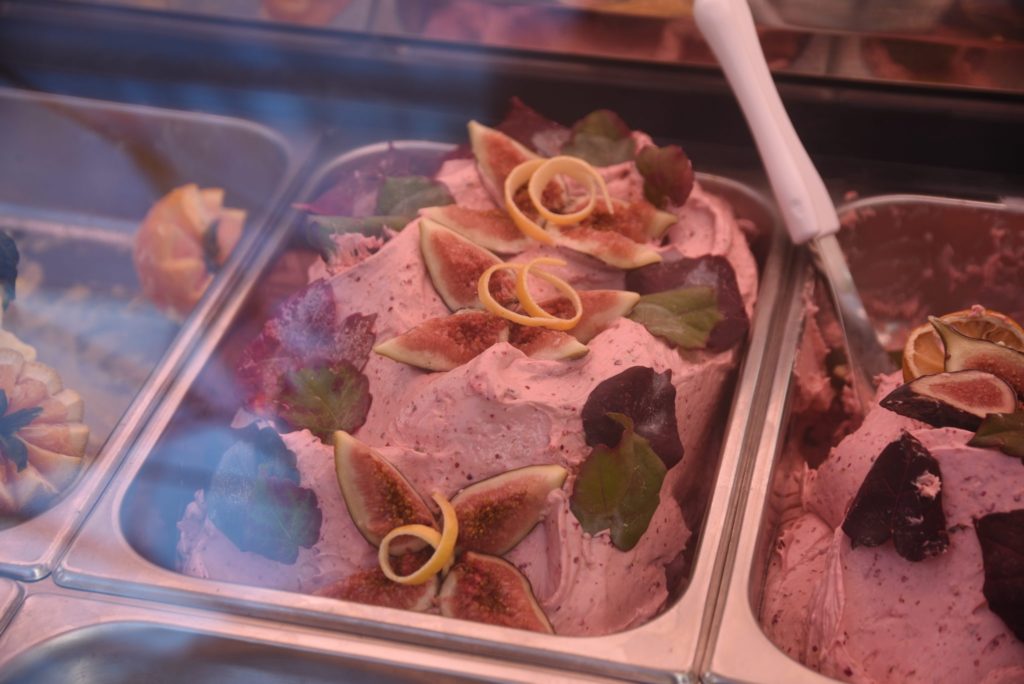 I also adored La Dolce Vita, a fig sorbet with lemon and a wonderful creamy texture made by Filippo Cianciosi of Gelato Love from Carlsbad. “I chose this particular flavor because I like the seasonality of the fruits, plus it’s a flavor that reminds me of my grandfather,” the chef said.

Cianciosi described his fruit selection, one that was unique to the other contestants. “I love figs. Not a lot of people in this area know much about figs, but when you eat it, it has amazing flavor. The texture is beautiful. It is actually dairy-free, but it’s super smooth and creamy.” La Dolce Vita won second place.

The flavors were judged by both popular vote of guests attending the festival and invited judges who rated the flavors. All the gelato served at the festival was made on site in the Mobile Gelato Laboratory, an expandable Gooseneck trailer apparently known as the world’s largest dessert laboratory on wheels.

PreGel, the supplier of all the ingredients for the festival, made a spread of about 20 additional gelatos to complement the guest gelatos. The Gelato University also hosted gelato-making classes throughout the weekend available to guests. 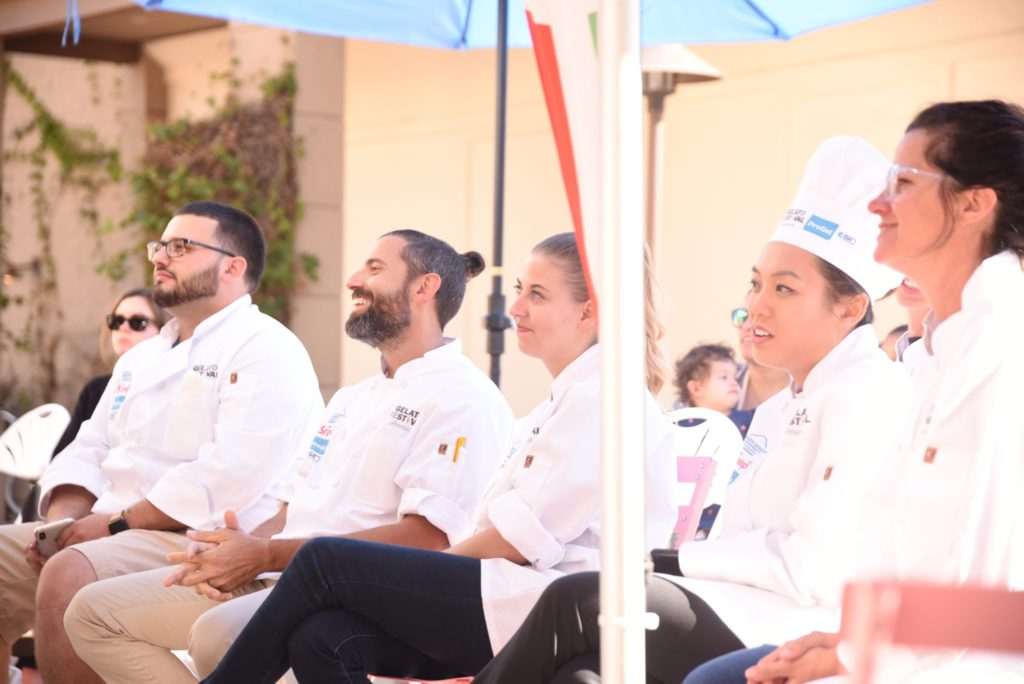 The other flavors competing were Blueberry Basil by Mike Guirriero, The SoCal Surprise by Savannah Lee and California Dreamin’ by Noel Knecht. Guirriero and Lee won first and third place respectively.

At the end of the day, despite filling every crevice and nook of my stomach with indigestible material, my regrets were few. I felt two things: satisfaction with the quality of product and ingredients I’d tasted and an appreciation for the art and skill that had gone into each lovingly concocted flavor — that and severe cramps.