One of University of California’s largest labor unions announced its plan on Friday for a Patient Care Technical workers’ strike, after its workers voted to strike earlier this week. 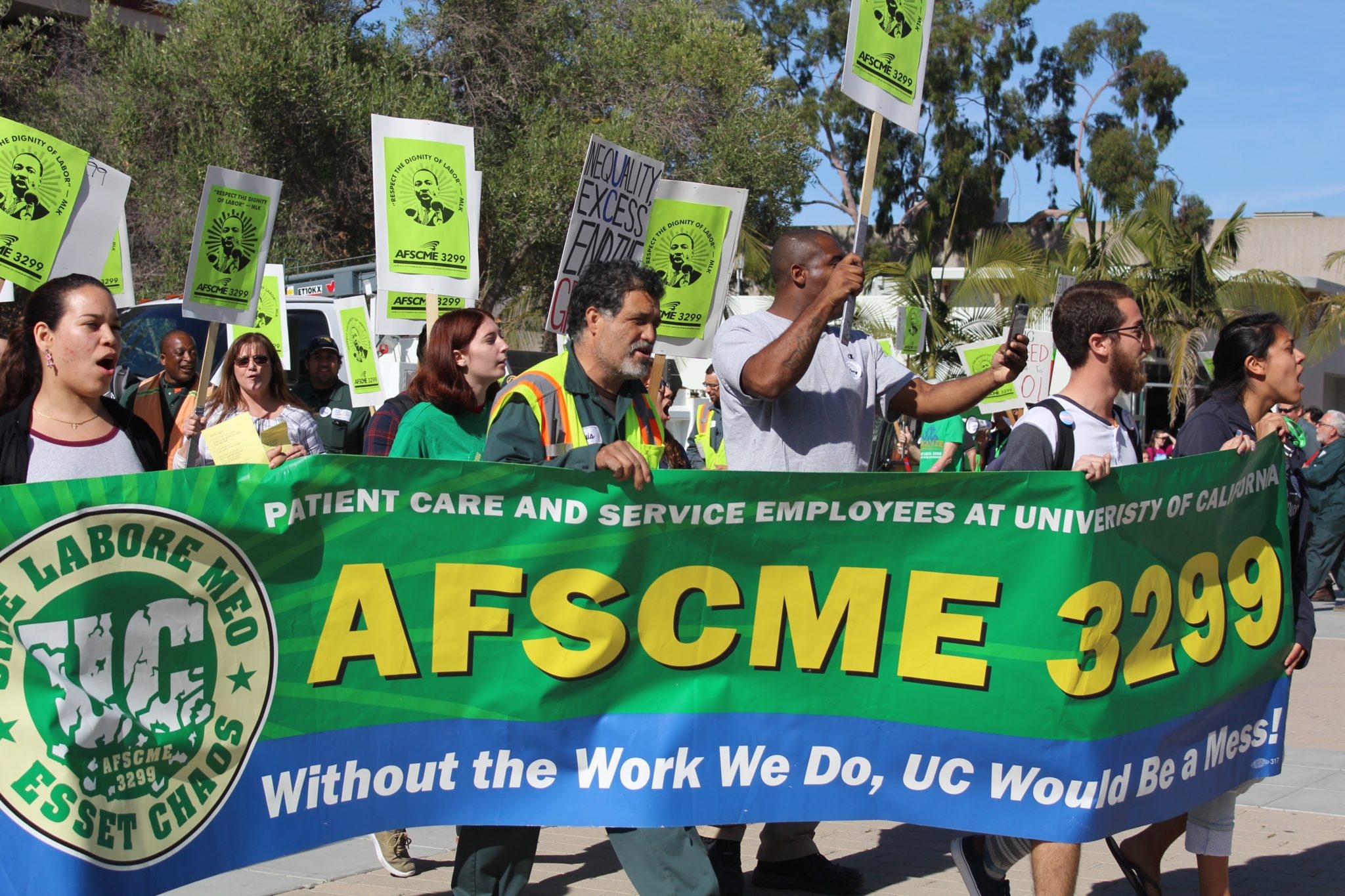 AFSCME 3299 will strike again at the end of October. Courtesy of Roberto Young

While the strike is centered around UC medical workers, AFSCME service workers plan to strike in solidarity as well, protesting the “year and a half of deadlocked negotiations, [and] concerns about growing racial and gender disparities within UC’s workforce” de los Angeles said.

UC workers went on a three-day strike last May regarding the same issue, drawing the support of several hundred students at UCSB as well as some faculty members.

In response to the strike last May, the UC a issued a statement calling the strike “ill-advised.”

“We’re tired of the administration putting walls between students and workers,” AFSCME intern Erick Ceballos-Vazquez said. “Our struggles are connected.”

Students at the meeting planned for a town hall, tentatively scheduled for Oct. 15 from 5 p.m. to 6:30 p.m. at the Student Resource Building (SRB), to inform students of what will be happening and how they can get involved.

“The point is to disrupt,” USLAC member Dylan Kupsh said. “Our point is not to be friendly to people.”

While student workers at the dining commons are not unionized, AFSCME Local 3299 will protect them if they do sympathy strike, but only if they are signed in at the strike, according to Kupsh.

UAW Local 2865, the union that represents academic student employees and research assistants, is not allowed to sympathy strike, but encourages students to “use their individual conscience,” Emma Schuster, head steward of UAW Local 2865, said.

AFSCME Local 3299 will be holding an information session at 8 a.m. Saturday morning at its office above Silvergreens to organize a strike strategy and delegate responsibilities, according to Juan Donato, lead groundskeeper for facilities at UCSB and AFSCME Member Action Team.

Donato was also an organizer during last spring’s strike and echoed his same sentiments from then during Friday’s meeting.

“We’re not giving up. We know what we want, and we want justice. We want freedom, and we want [job] security.”

As USLAC wrapped up its meeting, Donato stood up, fist in the air, and proclaimed “Hasta la victoria!”

The only thing that AFSCME doesn’t care about it patients. I worked for 25 years at a state run hospital. I was horrified on a daily basis by union members who spent the whole shift hiding from work, or proudly spouting “It is not in the contract” as they left patients suffer.

Yikes, pardon my typing errors: doesn’t care about is patients; as they left patients to suffer.

Women for Kavanaugh
Reply to  Anonymous

Kavaanaa
Reply to  Women for Kavanaugh

we need illegal immigrants to replace these workers