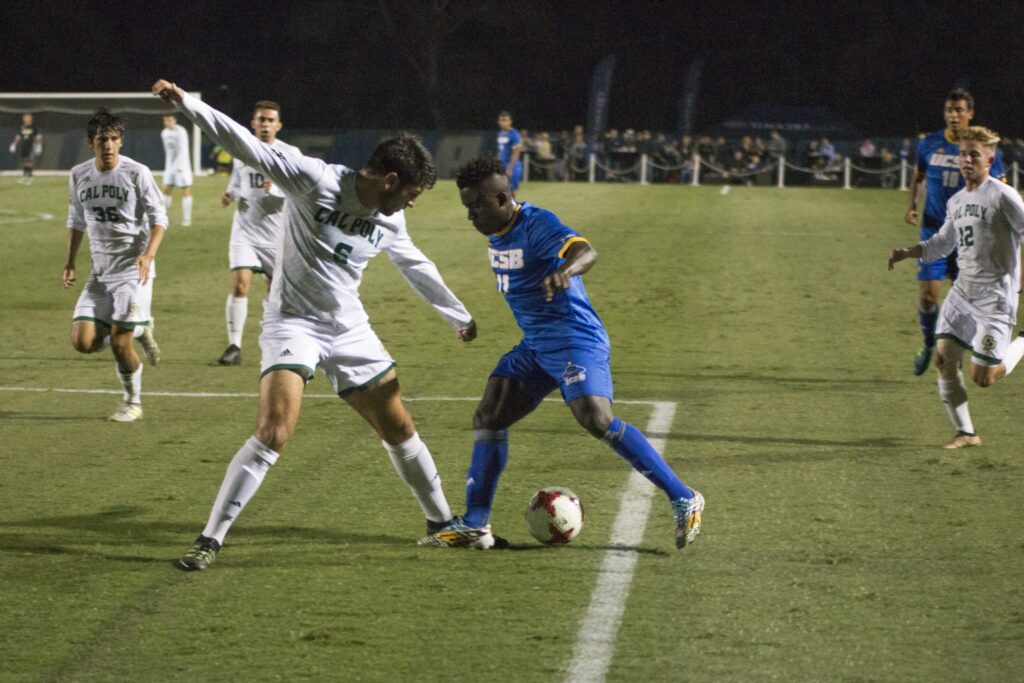 Nobody expected UC Irvine to snag first place in the Big West at any point in the 2018 season. The Anteaters finished fifth in the conference this season and, historically, were thought to have a weak soccer program.

While the Anteaters entered conference play with a solid 6-4-1 record, they failed to record any resume-building victories in nonconference play, as their most impressive performance was a nail-biting 1-0 loss to (now) No. 7 Saint Mary’s. Their fast start in conference play has taken on even more significance with the new single-table format of the conference, in which teams only face each other once in conference play.

The new format makes this game nearly must-win for the Gauchos, who made it back to .500 in the conference after knocking off Cal State Fullerton in overtime. After that game, Head Coach Tim Vom Steeg discussed the need for the team to play better on the road, with only a 1-5 record away from Harder Stadium this season.

“We need to do a better job on the road of outworking the opponent and playing bigger,” Vom Steeg said. “We want what we did against Fullerton to carry over to our road games this week.”

The biggest issue for the Gauchos this season has been finding goals: In the last three games, they have failed to score in regulation. Outside of sophomore Rodney Michael (6), junior Faouzi Taieb (3) and freshman Carter Clemmenson (2), no Gauchos have scored more than a single goal all season, allowing defenses to key in on Michael. To counteract this, Vom Steeg moved Michael from forward to right midfield, where he has more of an opportunity to attack and beat defenders.

Even when the team was rapidly scoring earlier in the season, it struggled to create goals from open play. Look for junior Axel Mendez and senior Joseph Ammer to try to thread more through passes from the midfield to kick-start the offense this week.

Santa Barbara will have to pull off the upset shorthanded, however, as sophomore Carson Vom Steeg will likely be forced to sit due to a knock he picked up in the Sacramento State match. Sophomore William Gillingham, who slotted in admirably for the midfielder in the last game, will likely once again be asked to step in. While Gillingham doesn’t provide the passing skills of Vom Steeg, his strength and size should help the Gauchos play a physical game.

For Irvine, the clear standout is junior forward Jose Ortiz, who already has seven goals and two assists to his name this year. Out of the midfield, sophomore Alvaro Quesada leads the Big West with six assists, with the next closest player in the conference only at four. These two, along with five goals from junior forward Ivan Canales, have created an incredibly efficient offense that has bagged nearly two goals per game.

On the defensive end, Irvine has given up less than one goal per game, with the backline spearheaded by junior keeper Greg Patenaude, who has recorded 41 saves this season. With a balanced defense and a fiery offense, Irvine will prove a tough test for the Gauchos.

Santa Barbara currently leads the all-time series against Irvine, totaling a 37-17-5 record against the Anteaters. They will be looking for their first win against UC Irvine since 2016, when they defeated them 1-0 at Harder Stadium.

The Gauchos will take on UC Irvine at Crawford Stadium on Saturday at 7 p.m.

A version of this story appeared on page 6 in the Oct. 11 print edition of the Daily Nexus.