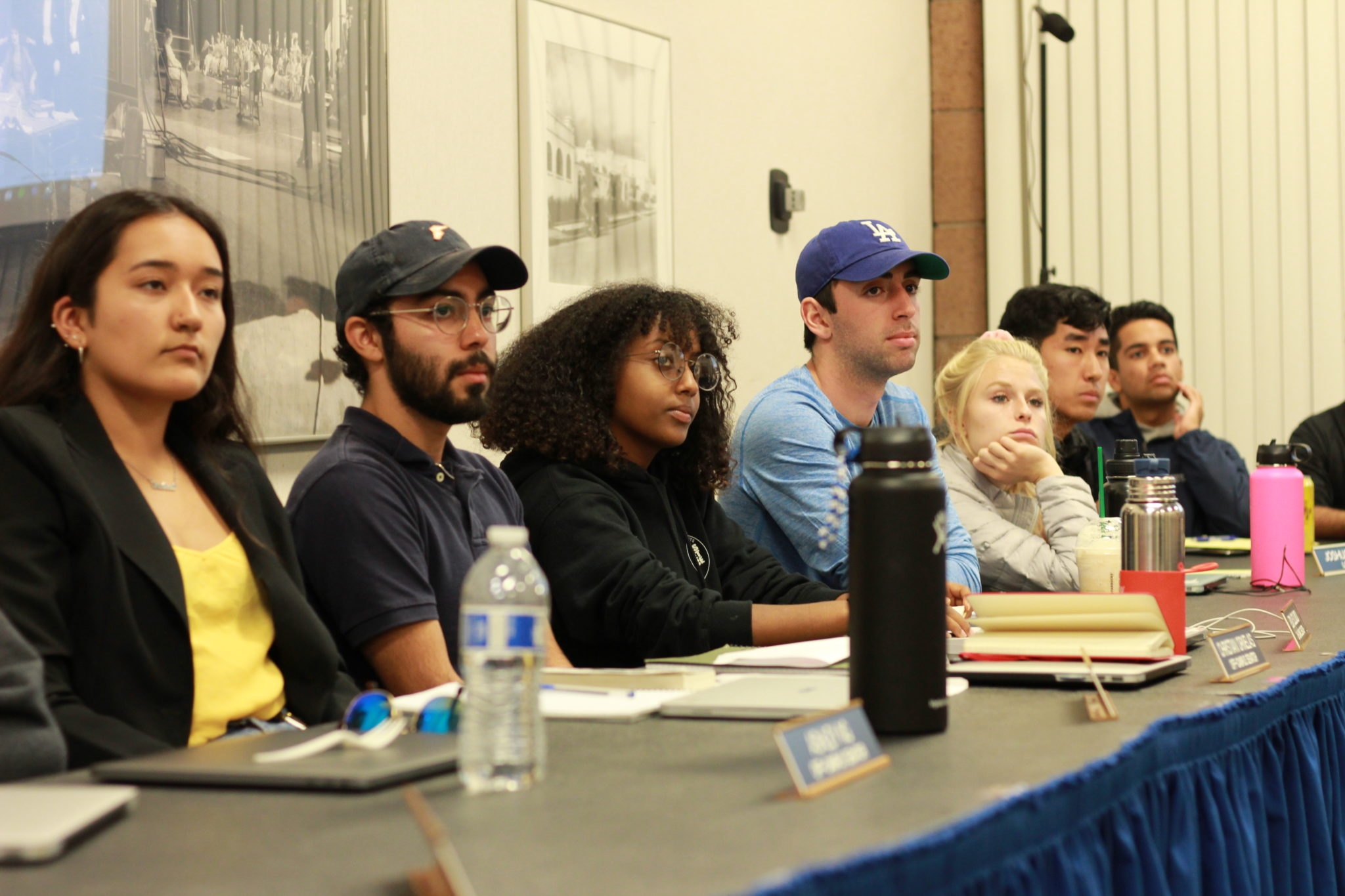 After moving the item into discussion, senators debated the merits of questioning the presidential appointments, a practice Kopel said was historically unprecedented. Sanya Kamidi / Daily Nexus

The Judicial Council is made up of one chairman, four members and one advisor, the latter of who does not vote on decisions, according to its website.

At the end of last year, two of the three members, Matthew Lanthier and Roshni Sopariwalla, graduated, leaving Raymond Alonso, a current second-year political science and history of public policy major, as the only member on the council.

Currently, the council has one active petition and one order of business to address relating to the position of EVPSA as well as allegations of campaign violations committed by Campus United (CU) that could disqualify all CU senators as well as Kopel.

At the Senate meeting Wednesday night, Kopel said she had been holding off on appointing students to the council for several reasons. For one, she is charged with filling four seats for positions that students hold until they graduate.

She also stated that of previous applicants, none of the students she reached out to had responded, leaving her no choice but to start up another round of applications during the summer.

Currently the Committee on Committees (COC) is reviewing the applications. Once they conduct interviews they will make their recommendations to Kopel, who plans on conducting her own set of interviews as well.

As for Nilsen, Kopel said she has known him since his freshman year through their involvement with mock trial.

“I worked with him a lot, and saw how smart that dang kid is,” she said. “Really the drive he has for advocacy, and just judiciary in general, and so when he expressed interest to me in being on judicial council, I really considered him, knowing already what I knew about him and also looking at his answers to the questions that everybody else filled out.”

Kopel stressed the importance of filling up the Judicial Council so that any open cases could be properly addressed.

At the Senate meeting, Letters and Science Senator Ricardo Uribe requested that the Senate be allowed to question Kopel’s appointments before approving them, referencing the fact that Nilsen was unable to be present at the meeting.

After moving the item into discussion, senators debated the merits of questioning the presidential appointments, a practice Kopel said was historically unprecedented.

Marisela Marquez, Associated Students (A.S.) executive director, said that while in recent history, presidential appointments have not been scrutinized as heavily, there has been a past of senators questioning the selections.

As Senate moved into discussion regarding Nilsen’s appointment, many agreed that they would like the opportunity to get to know him before making decisions that would affect their constituents.

“I really want to respect Brooke and her appointments, [but] we should be able to ask questions…we should just be 100% confident that they will be able to do their job, nonbiased,” said Senator Christian Ornelas. “I just think it would be irresponsible not to ask questions.”

As they took their vote to table the appointment until they would be able to question Nilsen, Proxy Rose Ettleson asked the Senate to commit themselves to the same process for future candidates.

It’s not that deep