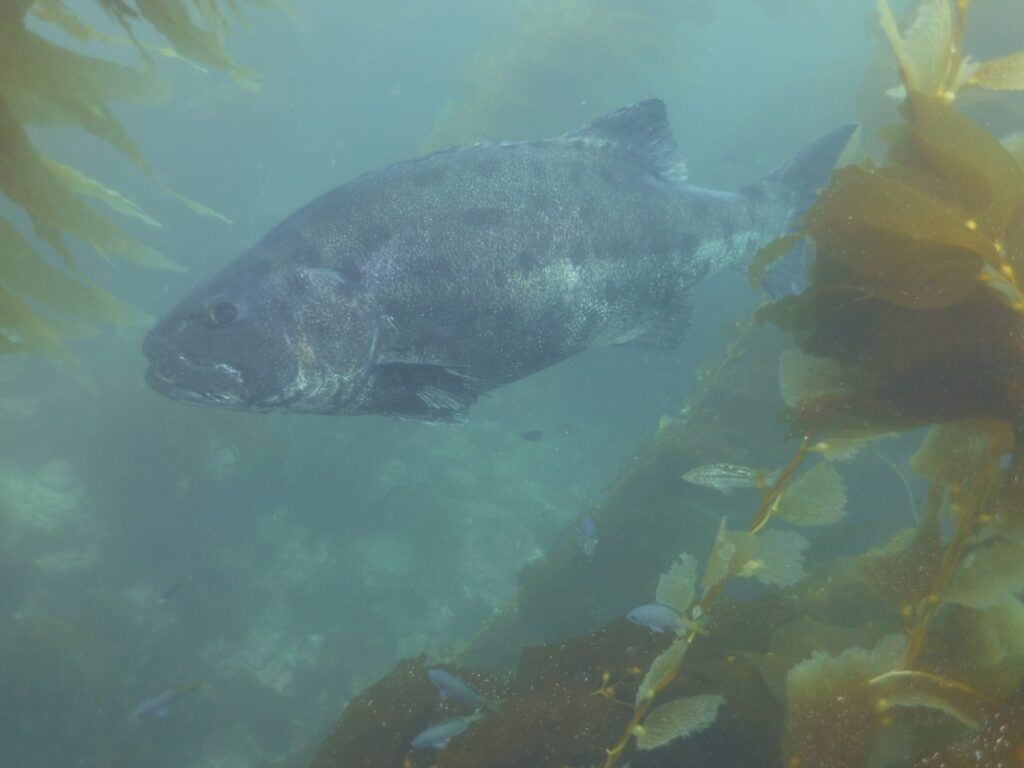 As big as your average grizzly bear and capable of swallowing small sharks whole yet docile enough to approach divers, the giant spotted sea bass is an awe-inspiring animal. But that alone won’t help scientists gather the data they need to facilitate the critically-endangered species’ recovery.

What could help, according to associate professor Douglas McCauley of UC Santa Barbara’s Department of Ecology, Evolution and Marine Biology, is a first of its kind social network for fish. McCauley is director of the Benioff Ocean Initiative, which designed and funded the “Spotting Giant Sea Bass” website.

The project relies on citizen scientists who upload pictures of the fish in the wild and a powerful algorithm that accurately identifies individuals. The program identifies unique individuals by their “living barcode” spot patterns using a repurposed algorithm originally designed to identify star patterns in constellations and later used to track zebra stripes in Kenya.

Over 100 unique individuals have been identified since the launch of this project on July 26, a huge portion of a population roughly estimated in a genetic study to be as small as 500 breeding individuals.

For an animal so critically endangered and “so big you could stick your head in it”, we know surprisingly little about the giant sea bass. McCauley hopes this project can fill in the missing gaps in the data.

The project maps individuals’ locations and sighting times, valuable data that helps scientists determine key population metrics, like the number of fish that use protected areas regularly, where they mate and how far they travel. These data are the building blocks for an intelligent population management strategy, according to McCauley. 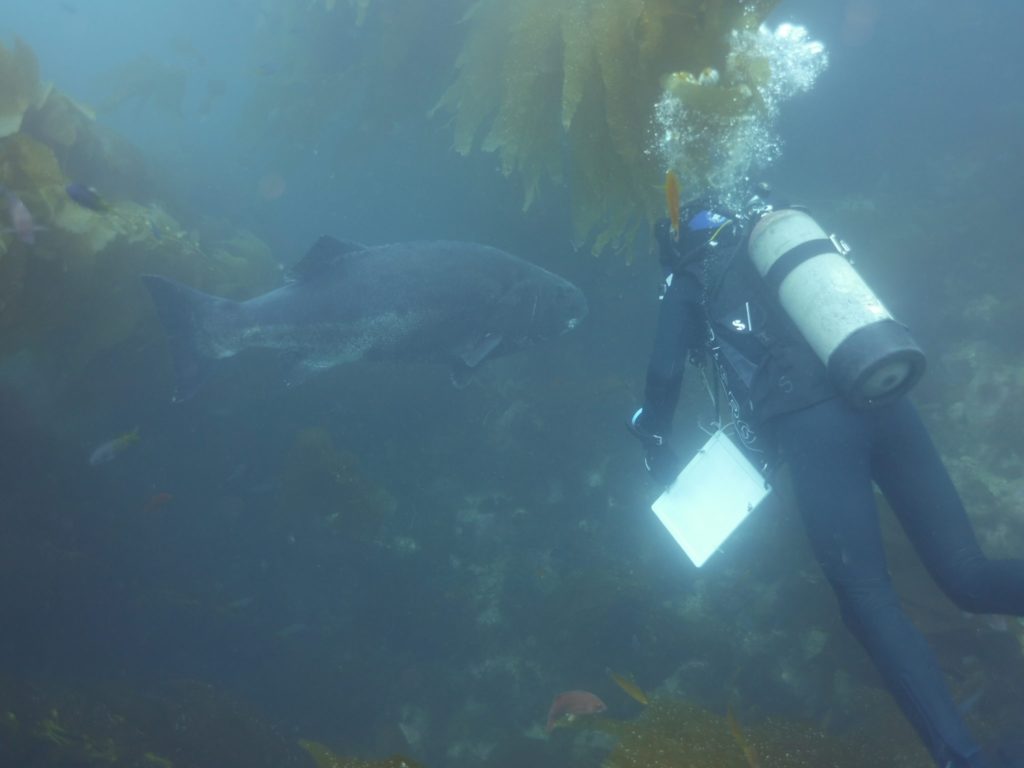 A giant sea bass swims by a diver. / Courtesy of Douglas McCauley

Knowing where and when the fish are spotted helps scientists determine how well protected areas are servicing the fish; California has a good network of “underwater parks”, but it isn’t known how much the species uses these areas or if they frequent and breed in places outside of them. The data from “Spotting Giant Sea Bass” could be used to confirm their use of these areas or even establish new protected areas for the species based on a more complete picture of their use of space.

McCauley spotted a fish in a protected area that the social-network-like program matched with a photo taken there seven years earlier by somebody he never met.

“To learn that such a small protected area actually served as a meaningful refuge for a fish that keeps coming there year after year and has kept coming back there for at least seven years is pretty useful information to think about design strategy for protection,” he said.

Highly sought after by divers for their unique combination of size and curiosity, the giant sea bass’s charisma translates into real economic value — value that may help further the species’ recovery, according to McCauley. A previous UCSB study valued a living fish’s ecotourism potential at approximately $2.3 million, compared to a mere $12,600 value for a dead one sold in fish markets.

“For [ecotourism] businesses in Santa Barbara and Ventura, this is their lion or elephant, and the bush is their backyard,” McCauley said.

McCauley hopes this ecotourism value will attract more citizen scientists to contribute to the project.

“You’ve got this giant staring back at you and welcoming you to the ocean . . . There’s something special about being with a fish that’s twice as old as you, bigger than you and curious of your presence on the reef,” said McCauley. “There’s a real sense of loss of not having more of them around.”