Your first year at UCSB will be filled with a plethora of new experiences: nights spent with your roommates in your dorm, sitting in a gigantic lecture hall full of 500 other students, pulling an all-nighter and venturing out into Isla Vista for a bite to eat … Away from your family for what is probably the first time, endless possibilities seem to lie before you. It can be easy to feel overwhelmed, especially when it comes to food. While the dining halls may lie a mere five minutes from your residence hall, you’ll find that after a couple weeks of eating the same cycle of food over and over, you’re in the mood for something new. That’s where I.V. comes in, and with numerous restaurants available to fulfill your different tastes and cravings, it’s best to break things down. 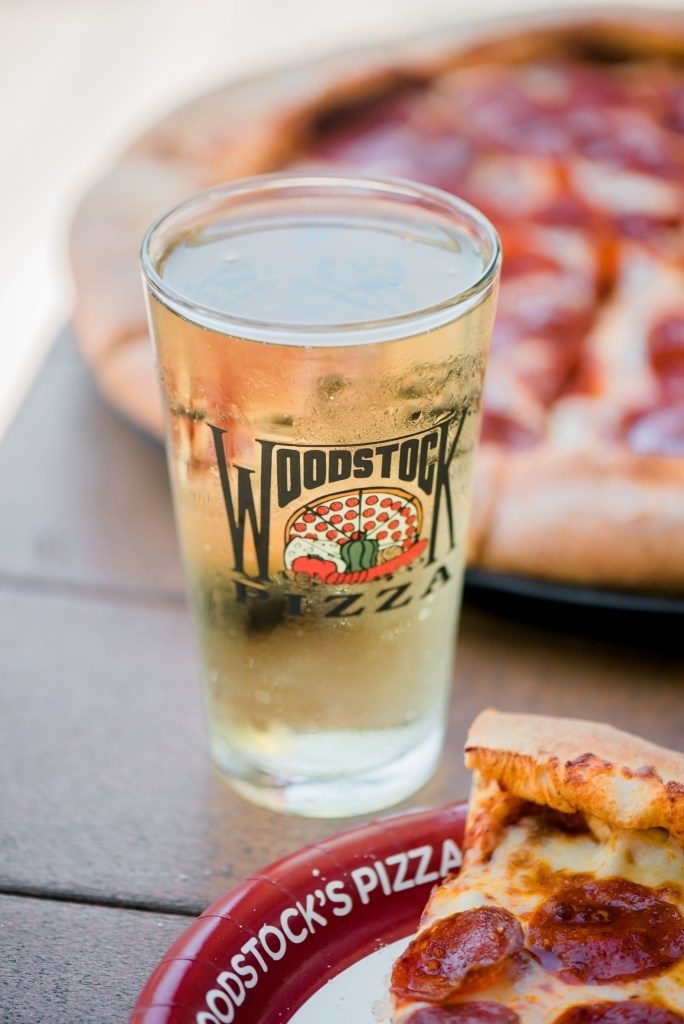 Extra Cheese Please
Pizza: a staple in any college student’s diet. As such, you can bet that there will be plenty of options within the roughly two square miles that make up I.V. Making your way down Pardall Road, you will find Blaze Pizza, which allows you to build your own pizza with a variety of toppings and sauces or select a signature pizza from their menu. Turning onto Embarcadero Del Norte, you will find Woodstocks, which has repeatedly been voted “Best Of” by Nexus readers. It is also available on campus to enjoy. Continuing onto Trigo Road, you will find Pizza My Heart, another UCSB favorite and frequent site for organizations’ fundraisers. And, of course, on Embarcadero Del Mar you will find Domino’s, which was a regular delivery in my dorm freshman year. 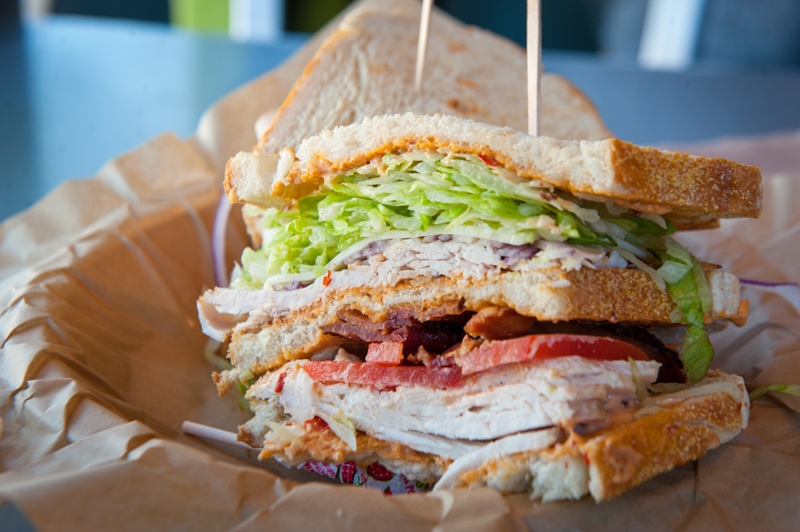 Can’t Go Wrong with the Classics
If you’re in I.V., chances are you’re in the mood for something quick to eat. You don’t necessarily want anything overly complicated, so fast food or something along those lines seems like the right choice. You’re in luck here because there’s everything from burgers to sandwiches and burritos at your disposal. Just on Pardall Road you have Habit Burger, one of three Subways around campus, Freebirds, South Coast Deli and I.V. Deli Mart. The latter offers buffalo chicken cheese fries, which are not to be missed while you’re in Santa Barbara and which are even offered with vegan chicken. Embarcadero Del Mar has Rosarito and Deja Vu offering Mexican and American food respectively. If Rosarito isn’t your preferred choice, you also have Super Cuca’s to satisfy your craving for burritos on Madrid Road. And, if you really just need a familiar taste of home, the Grilled Cheese Truck on Embarcadero Del Norte is exactly what you need. 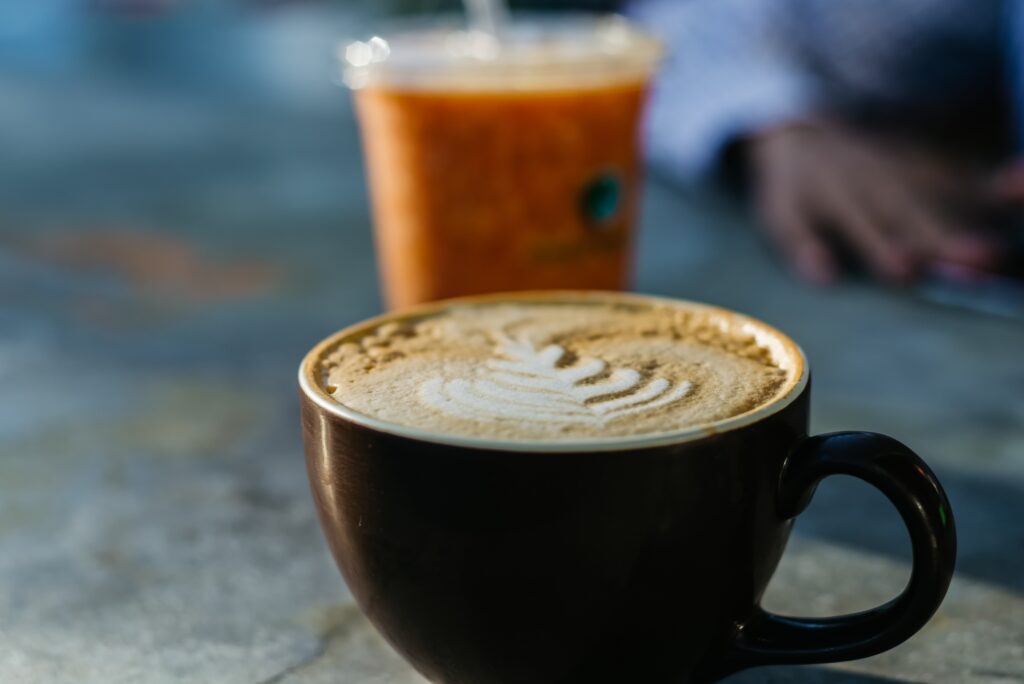 Sugar, Spice and Everything Nice
As a full-time college student you’re going to find yourself spending a lot of time in cafes and coffee shops. Whether it be Starbucks and Cafe Equilibrium on Pardall Road, Cajé and I.V. Drip on Embarcadero Del Norte, Bagel Cafe on Trigo Road or Spudnuts on Seville, you’re going to need a little pick-me-up to keep you going in the midst of midterm exams and essays. Sweet or savory, you’re bound to find what you’re looking for at one of these. 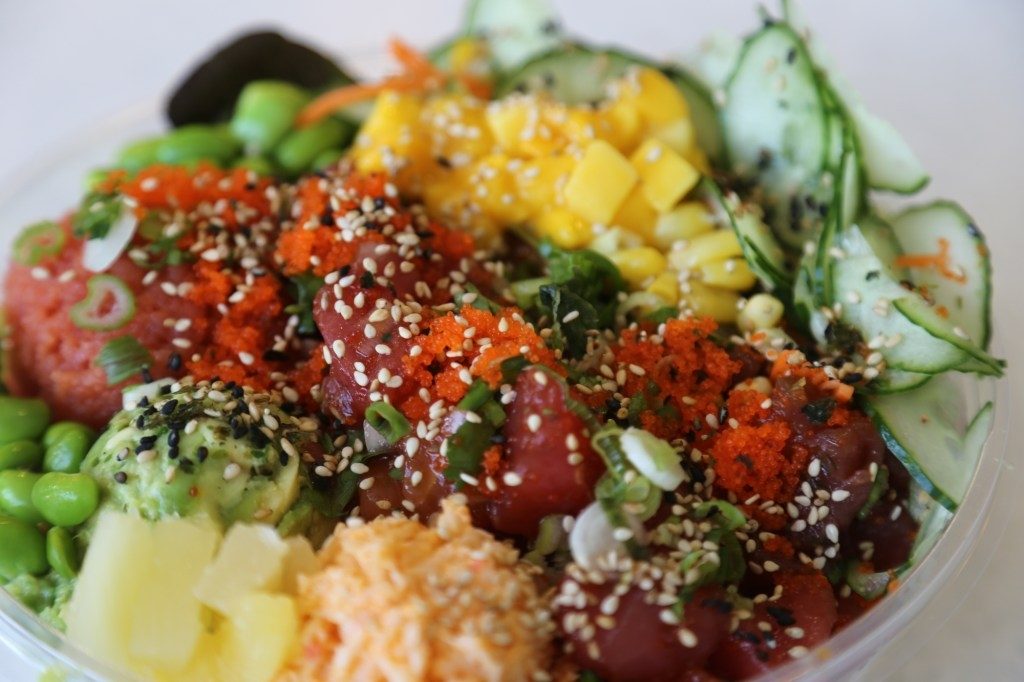 In the Mood for Something New
As with the dining commons, you may find yourself tired of the same old thing. After all, there are only so many times you can eat pizza and burgers. For those other times, you can try out a bread bowl with custom fillings at Buddha Bowls or fresh poke from PokeCeviche over on Embarcadero Del Mar, rice bowls and boba from Hana Kitchen or Hawaiian cuisine and juices from Hiwi Tropical Fusion on Pardall Road, steaming broth and fresh ingredients from 212° Hotpot on Trigo Road and Middle Eastern eats at Aladdin Cafe on Embarcadero Del Norte. Your options to eat in I.V. are as diverse as the students who inhabit it.

Take your time trying out the restaurants and eateries available at your disposal, and don’t be afraid to venture beyond the comforts of I.V. Enjoy a taste of what life has to offer when you’re living in paradise, and welcome to UCSB!