The Daily Nexus
Opinion
Coming Out: How My Queerness Came To Be
August 3, 2018 at 8:52 pm by Evelyn Spence 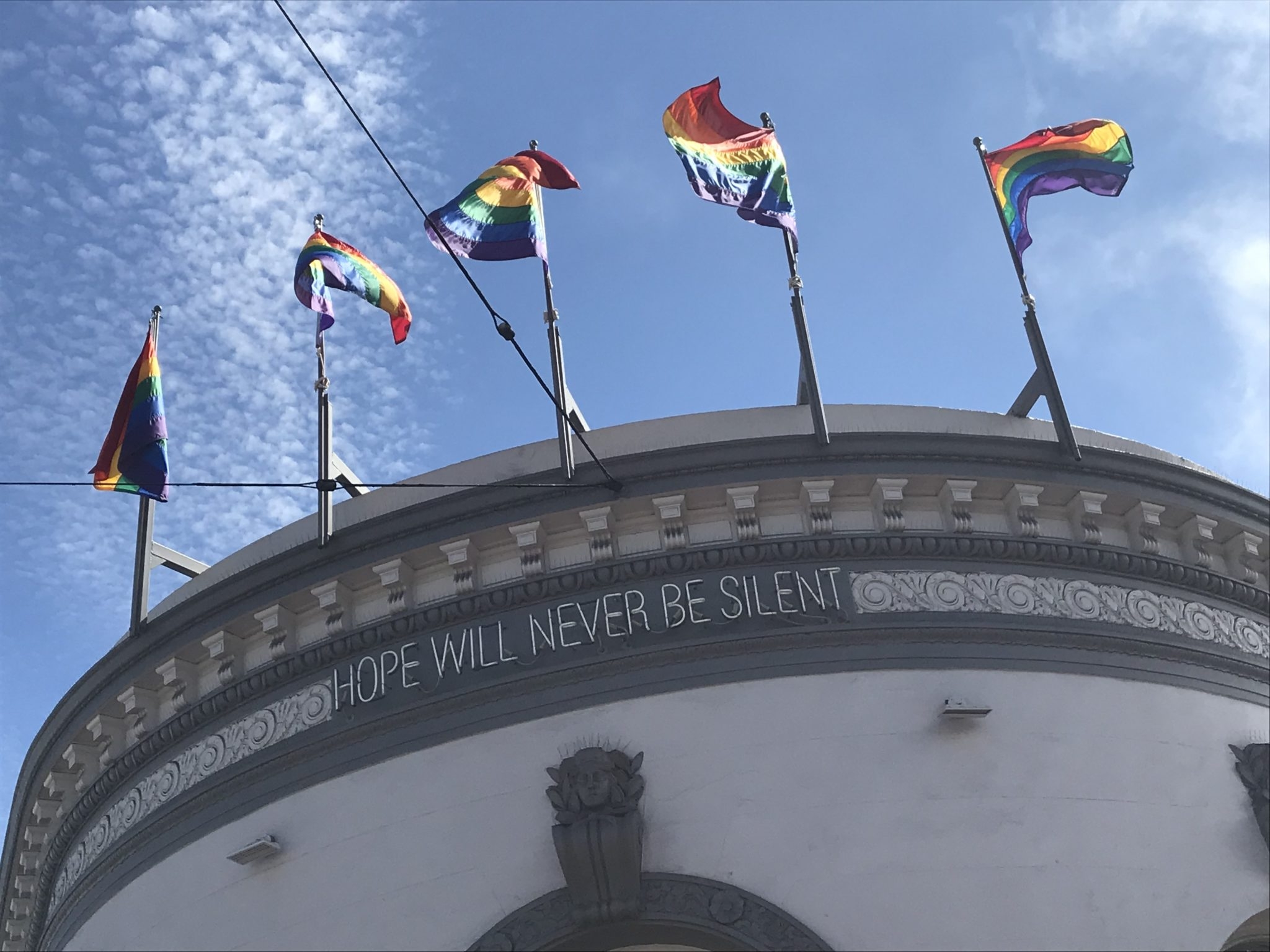 Hello, UC Santa Barbara. Here’s a piece of my heart, carefully wrapped up into 915 words, give or take.

The long journey of “Evelyn’s Sexual Orientation Awakening” began in my freshman year of high school. I didn’t know many people when I entered that new school as a little 14-year-old with braces and acne scars. I had transferred schools four times before then, and my middle school best friend had transferred to another school district.

But then this curly-haired, brown-eyed girl sat next to me in my second period Spanish class, and the only reality I had ever known flew out the fucking window.

It took me seven months to realize I was in love with her.

I came out to my parents three hours after that life-shattering realization. To my then-love, a year later. Most of my friends, 11 months after that. Slowly, one after another, the people in my life began to learn that I, Evelyn Spence, was attracted to women – even while I was still struggling to learn exactly what that meant. Bisexual? Pansexual? Queer? Lesbian?

It’s lovely, it’s terrifying, but more than anything, coming out is gathering that courage deep within yourself to announce to the world: LOVE, LOVE, LOVE.

It’s been four years, and I have slowly become comfortable with the blue, purple and pink that accompany the bisexual label. I have the bi colors in hearts in my Twitter bio, a rainbow emoji next to my name on Instagram and a photo of me sprawled out under a giant ass-inflatable rainbow as my Facebook profile photo.

I come out every day: When I walk down the street with my bi-flag sweatshirt on and meet eyes with the stranger crossing the street, I come out. When I call my crush “babe” in front of the Starbucks barista, I come out. When I hold hands with a girl at the mall near my house, when I make gay jokes to those I’ve just met and when I clip my fifth queer pin to my backpack, I come out.

Coming out is a jumble of emotions and tears and laughter and brings on more awkward conversations than I ever thought were possible. I have come out to many people in my 19 years, but there are still those who remain unaware of my rampant queerness, such as my grandmother, who will finally know after she reads this article, and the coming out will begin again.

It’s lovely, it’s terrifying, but more than anything, coming out is gathering that courage deep within yourself to announce to the world: LOVE, LOVE, LOVE.

But there’s a huge difference between 15 and 19 – now, students of UCSB and beyond, I am proud to announce that I am no longer afraid of coming out.

Posting queer and bi posts on my Instagram and Twitter no longer bring out that uneasiness in the pit of my stomach. I no longer cover up my gay and bi shirts with black leather jackets; I send my father pictures of myself in front of rainbow flags; I scream “GAY!” in the street every time I see something remotely rainbow related.

(I very recently visited the Castro District in San Francisco. I’m sure you can all guess how that went.)

I am no longer nervous to tell the world who I am, and that is the point I am trying to make in this article.

To those still in the closet, to those with one foot in and one foot out, to those who are terrified to even to be associated with the rainbow, let me tell you that one day, you will be able to let go of that breath you are holding – and yes, I stole that partly from “Love, Simon,” but the point remains.

I wish I could’ve said that to my 15-year-old self.

I have found a home in people who make me happy, who jokingly roll their eyes at my gay jokes and who will support me for the rest of my life, regardless of whom I choose to marry.

I know that I am speaking from a place of privilege. I was lucky enough to be born to a mother who knew I was queer two years before I did and a father who still loves me, even though I know he will never be at peace with what he believes is a “made-up” sexuality.

To my parents, I say that in my 19 years I have met people who place themselves on all levels of the Kinsey scale. Nothing in life ever fits into a neat little box, so why should sexuality be the one that does?

But let me tell you – if you do not have a support system at home, you will find one. I have found a family with friends who celebrate my queerness. I have found a home in people who make me happy, who jokingly roll their eyes at my gay jokes and who will support me for the rest of my life, regardless of whom I choose to marry.

You will find those people. Even when it gets hard, even when you can’t breathe anymore, even when it feels like your life has become tragedy incarnate. It may take a while – it took me four years – but happiness is worth waiting for because one day, you will no longer be afraid of coming out.

Evelyn Spence wants people to know that she is a HUGE fan of the rainbow emoji. Feel free to DM her on Twitter with your own queer stories.

nobody cares that you’re gay. stop looking for a pat on the back just because you’re a little different

clear you care enough to comment. fuck off courtney

This is not the real Courtney Jones. You are a fake and an imposter. You have been setting up imitation accounts under her name for over a year and sending out nasty messages. The real CJ is full of love and acceptance. Whoever you are, you are nothing but a coward. Why don’t you say it under your real name? I pray that you can come out of whatever hateful and dark place you are in instead of abusing my friend’s name and character.