The Daily Nexus
Opinion
Argument in the Office: The Ethics of Infidelity
July 18, 2018 at 6:15 pm by Konrad Neithercutt and Aryana Kamelian 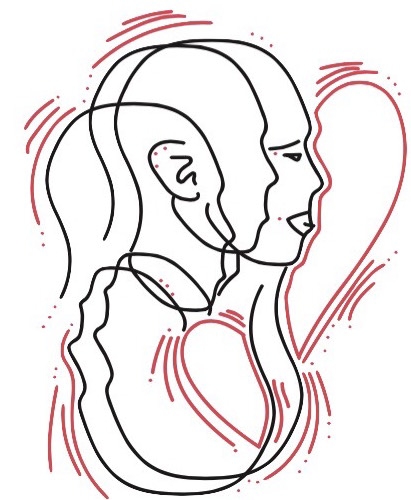 There is power in the sex, intimacy, love and desire we experience in relationships. This power comes from a certain level of vulnerability that is mutually accepted throughout the development of a relationship. When we love one another or open ourselves up, exposing and addressing our flaws and concerns or intimate details of our lives, we are giving another person the opportunity to hurt us and simply trusting they won’t.

Cheating or infidelity is an act of betrayal that often breaks the trust that a healthy, growing relationship necessitates. While cheating may not mean our partner has lost all previously possessed feelings for us, I urge us to stray from the normalizing and acceptance of cheating not only because it is a behavior that is disrespectful and hurtful amongst other things, but more so because it is an act that can easily be avoided with a little respect and communication.

We are fueled by love and desire throughout our relationships and in all relationships; it is important for each person to be open and honest not only with their partners but with themselves about these factors. Psychotherapist Esther Perel, known for her work with erotic intelligence, emphasizes the distinction between love and desire by explaining, “if there is a verb… that comes with love, it is ‘to have.’ And if there is a verb that comes with desire, it is ‘to want.’ In love, we want to have, we want to know the beloved. We want to minimize the distance… We want closeness. But in desire, we tend to not really want to go back to the places we’ve already gone. Forgone conclusion does not keep our interest. In desire, we want an Other, somebody on the other side that we can go visit, that we can go spend some time with… In desire, we want a bridge to cross. Or in other words… fire needs air. Desire needs space.”’

To that point, there may be many factors that lead someone to cheat on or betray their partner. Often when someone has been cheated on their first reaction is to assume their partner no longer loves them or has the feelings they previously did for them. Many people ask themselves why they weren’t enough and begin to question every aspect of themselves depending on the level of intimacy and closeness of the relationship.

While it is easier to fall into the pattern of these assumptions, these thoughts can often put us in a worse position than if we look at the situation objectively. Because a partner cheated does not necessarily mean they have lost all of the feelings that were previously held. However, this important acknowledgment does not justify infidelity.

A cheater has acknowledged their partner will be hurt by their actions and makes a conscious decision to continue. It is that disrespect and lack of consideration of a partner’s feelings that make cheating unacceptable.

For what it’s worth, I have in fact been cheated on, and while the cheating didn’t initially end my six-year relationship, I felt the situation and the pain as a result of the situation could have been avoided had my boyfriend at the time addressed with me that he no longer wanted to be in a committed relationship. The words, at first, are hard to get out, but for someone who truly cares about their partner, no matter the level of intimacy, they must acknowledge how their partner would feel if they cheated on them instead of addressing the situation and know that not speaking up will result in a worse outcome.

This is not to say that addressing your desires will free your partner of all pain as a byproduct of the relationship. Chances are, if you are ending a relationship to pursue another, your partner will be hurt, but there are feelings of closure that come with a discussion that do not come with betrayal. Betrayal is a disregard of a partner’s feelings. A cheater has acknowledged their partner will be hurt by their actions and makes a conscious decision to continue. It is that disrespect and lack of consideration of a partner’s feelings that make cheating unacceptable.

Part of this issue comes from the change in what conventional relationships are. What is considered “acceptable” today? Millennials are perpetually in limbo, grappling between what feels right and what has been established as right. In a relationship, it is okay to want what you want, but you must be able to acknowledge that a relationship takes two; you have to communicate and be clear while also taking into consideration what your partner wants as well.

As more and more millennials are transitioning away from marriage, so-called “unconventional” relationships are becoming a norm. It is okay to have an open relationship. It is okay to be friends with benefits or casually date, but it is not okay to commit to someone and act differently before having a conversation. Not talking is not an excuse.

I don’t think we should normalize cheating but normalize other types of relationships as long as the people involved are 100 percent aware of what the relationship is. We need to hold ourselves, our friends, our peers and our loved ones accountable. It is not that difficult to avoid cheating and the more we make excuses for one another the more likely it is for this behavior to continue.

Aryana Kamelian implores individuals to consider the serious negative consequences that can result from infidelity. 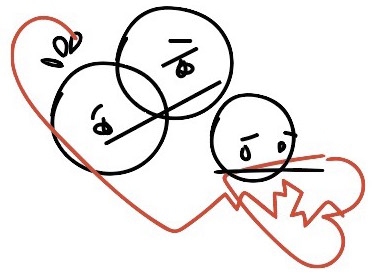 I’ll start with a disclaimer: I have never cheated on someone nor do I hope to. I don’t think cheating on someone is something you should try to do, but I want to suggest with this article that cheating is not something that makes you a bad person.

Consider polyamorous people (those in more-than-two-people relationships of various configurations) because they have an interesting view on the issue. Not to generalize, but within the polyamorous community, there is something known as “compersion.” Compersion is that good feeling you get when your partner has happy romantic feelings about someone else. The response to one’s partner saying “I slept with someone else today!” is “good for you!” Ridiculous, right?! Obviously, you should be unhappy about it, and you should make the person you supposedly love feel bad for having sex with someone else. S/he did betray you, after all.

But, doesn’t that sound familiar? Do scarlet letters, witch burnings and slut-shaming ring the same bells? They should. They are founded on the same unpleasant feelings. I ask that if you ever find yourself having those feelings, and you start to think of cheaters as a lower class of people, as less than moral, less than good, you’ll let your thoughts roll over those periods in history when adulterers were executed. I ask that you think about the more than several countries that to this day designate death as legal punishment for adultery.

And maybe you’ll think about what some people like to do to others they find to be less than moral, less than good. I’m not being hyperbolic. I’m just saying that these sentiments, when mixed with power, do great evil—much greater evil than two people having consensual sex ever did—so they shouldn’t be fed or entertained. They shouldn’t be given credence.

It’s important to remember that people aren’t wired for monogamy, and it’s unreasonable to expect that once you decide on someone you’ll only be attracted to that one person for the rest of your life.

When someone cheats on you, it doesn’t necessarily mean that they don’t love you. At the very least, it means they wanted to have sex, and someone else was there for them that wanted to have sex too. It could absolutely mean more, and I think that’s something that you, as a couple, should figure out. Talk. Be there for each other. And if you can’t do that, you should probably break up.

But more often than not, cheating in a relationship is a symptom rather than the disease. There is something making that person look elsewhere. Whether that be for love, some type of connection or even an escape, the relationship should address it or risk becoming volatile.

It’s important to remember that people aren’t wired for monogamy, and it’s unreasonable to expect that once you decide on someone you’ll only be attracted to that one person for the rest of your life. It doesn’t work like that. Love doesn’t work like that. Love isn’t a decision made in a single instant; it’s a continuous effort. Intimacy takes work. If you’re in a relationship, you should be open about those feelings and desires. Whether they be yours or your partner’s, pretending they don’t exist is a form of cruelty. Hearts can break in silence. Resentment can fester. Then, one day, the love you had seems to blow up. And it seems to be gone in a single instant.

It is all of our responsibility to talk about cheating without stigmatizing any group of people, cheat-ers or cheat-ees. We should recognize that jealousy comes from a selfish and possessive place, and we should remember that sex is (fairly) universal. Everyone may find themselves attracted to someone besides the one they’re already involved with, but that doesn’t mean that the love you already have is reduced in any way. We should have more realistic expectations of ourselves and the ones we love. No one’s self-worth should rely on the faithfulness of any one person because faithfulness does not equate to love. Love is a bridge built every day by openness and understanding.

Konrad Neithercutt calls for an understanding approach to infidelity that humanizes cheaters and acknowledges the legitimate root of the issue.

Konrad, this is one of those topics that you will never understand unless you have been cheated on, or cheated. I was emotionally abused and verbally threatened on top of cheated on, and for people like you to say “it’s not so bad” is beyond naive.

I feel like you’ve minimized the damages of cheating for the sake of defending the cheater. The cheater should be shamed because shame is a way of society enforcing morality.

Konrad, those are some stupid fucking arguments jesus. Is this amateur hour at the Nexus? How are you gonna claim that our brains aren’t wired for monogamy and then not back it up?

Konrad, don’t listen to these little babies who cannot endure the slightest bit of emotional strife in their lives. These feelings of possession that you discuss are common in those who have lived sheltered lives which distort their image of the reality of human sexuality. These “cheat-ees” in your comments need to reconsider their emotional investments in their partners of choice.

Hope you get cheated on xoxo