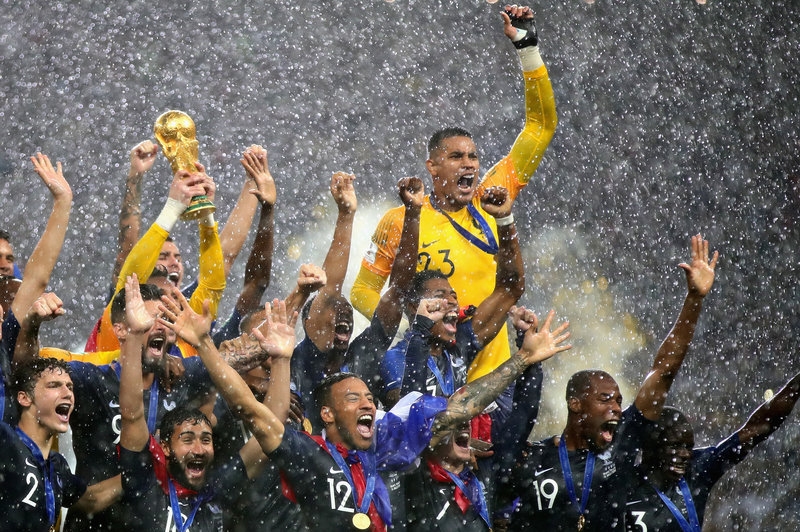 I can’t believe the world cup has come to an end! I must admit, this world cup felt somewhat short. I made a post about why we feel certain events happen faster than others, check it out here: https://omsol.weebly.com/blog/special-edition-time-perception-and-why-time-flies.

Russia for example, made it all the way to the quarter-finals and would have made it further if it wasn’t for the final goal by Croatia during the penalty kicks. Croatia is probably the biggest underdog in this whole competition. An Eastern European nation, formerly part of Yugoslavia, Croatia fought hard and placed second in the competition, a feat that is quite amazing for a  nation that is tiny even compared to the rest of the European world.

The match between two former rivals, Croatia and France, began earlier today. France played exceptionally well from the start. Croatia however, had the upper hand in terms of possession. These two teams battled each other back in 1998 in the semi-finals. France came out victorious and ended up winning the whole tournament after defeating Brazil 3-0. The French team did repeat history. They are the only team to have won two world cups in the span of last two decades. This shows what potential the team has and how it has really made its mark. The game went on to a win for France 4-2. It was amazing! The players gathered together to celebrate their win, when all of a sudden, it started raining like crazy.  I guess this was an added bonus. The soaked players were in awe and happiness as they could now say they were the best in the world.

Interestingly, many of the French soccer player’s parents came from other countries and immigrated to France for new opportunities. They come to France and lived in the poor area of Paris. They trained these players in training camps and eventually picked out the best of the best. This system is most prevalent in France, which is the reason that France creates the most world cup players. Many of the French players go on to play for other teams like Morocco, Portugal and Ivory Coast for example. This demonstrates the importance of immigration and the use of immigration to help create opportunity and progress.

This world cup was very entertaining. In my opinion, this was one of the best world cups ever, if not the best in my lifetime. There was a lot of unpredictability and excitement which made it great. I hope you all enjoyed it and I will see you in Qatar!