A fire broke out in the hills above Goleta late Friday night, causing mandatory evacuations in the surrounding areas.

The fire destroyed 10 homes and damaged 3, Eliason said. The cost to battle the fire was $1.5 million. 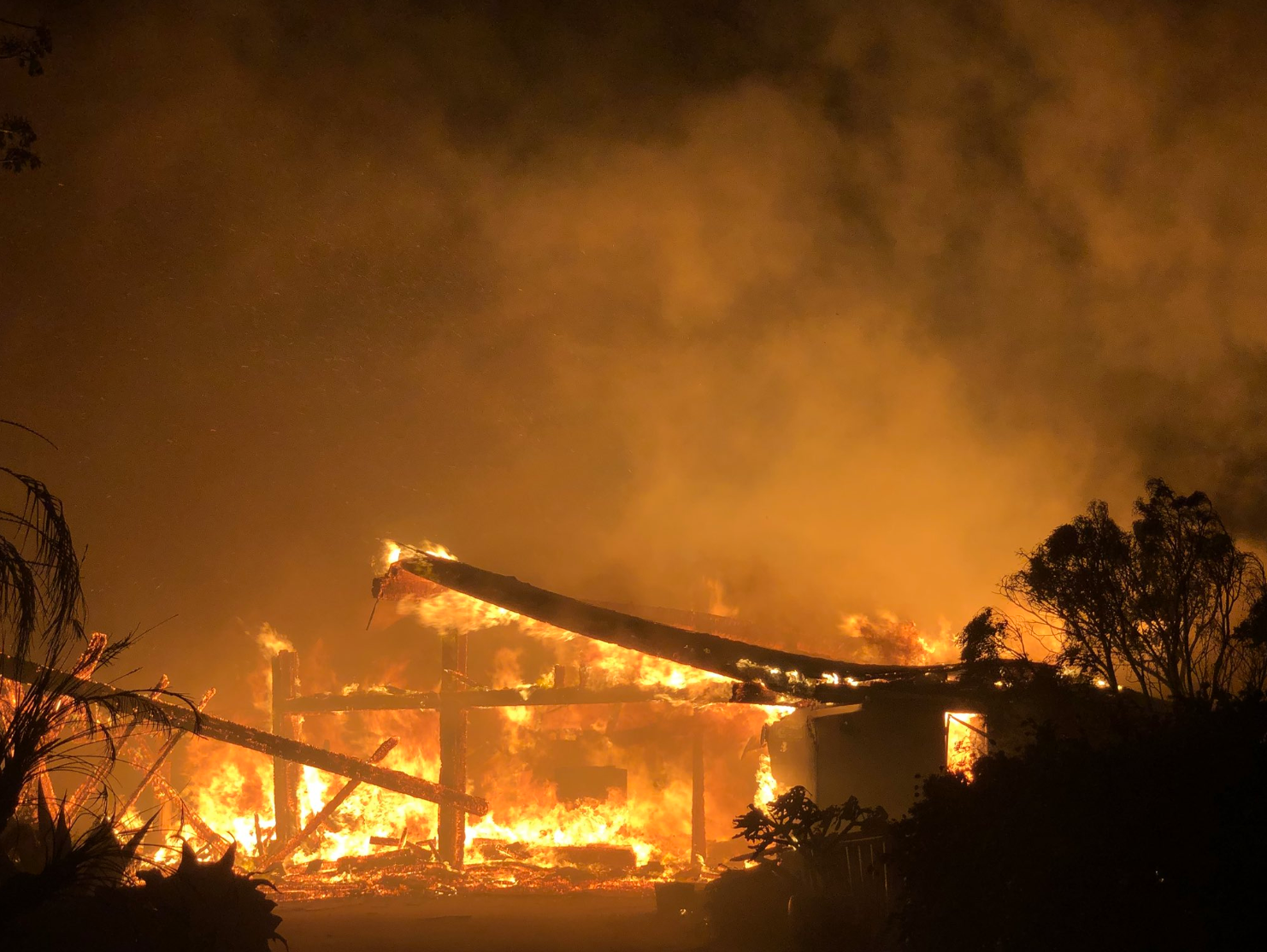 The fire broke out at approximately 8:40 p.m. Courtesy of Mike Eliason

Air quality in Goleta was previously classified as “unhealthy for sensitive groups” on Saturday morning but has since increased to “moderate” and “good” levels, according to the Santa Barbara County Air Pollution Control District.

There is currently no danger to Isla Vista, according to Eliason.

The UC Santa Barbara campus is “not currently under any immediate physical threat, but campus officials are closely monitoring the situation and will send out updates as necessary,” according to an email sent out to UCSB students Friday night.

The fire first began on the 1500 block of Holiday Hill Rd. in Goleta, according to Santa Barbara fire dispatch.

The neighborhoods accessed from North Fairview north of the intersection of North La Goleta will remain under mandatory evacuation order, while all other residents in the area can return home beginning at 5 p.m., according to a press release sent out by the Santa Barbara County Executive Office.

The remaining areas were downgraded to exclusion zones, open only to residents of those neighborhoods, effective at 6 p.m. on Sunday. Residents must show identification in order to pass law enforcement checkpoints surrounding the area. 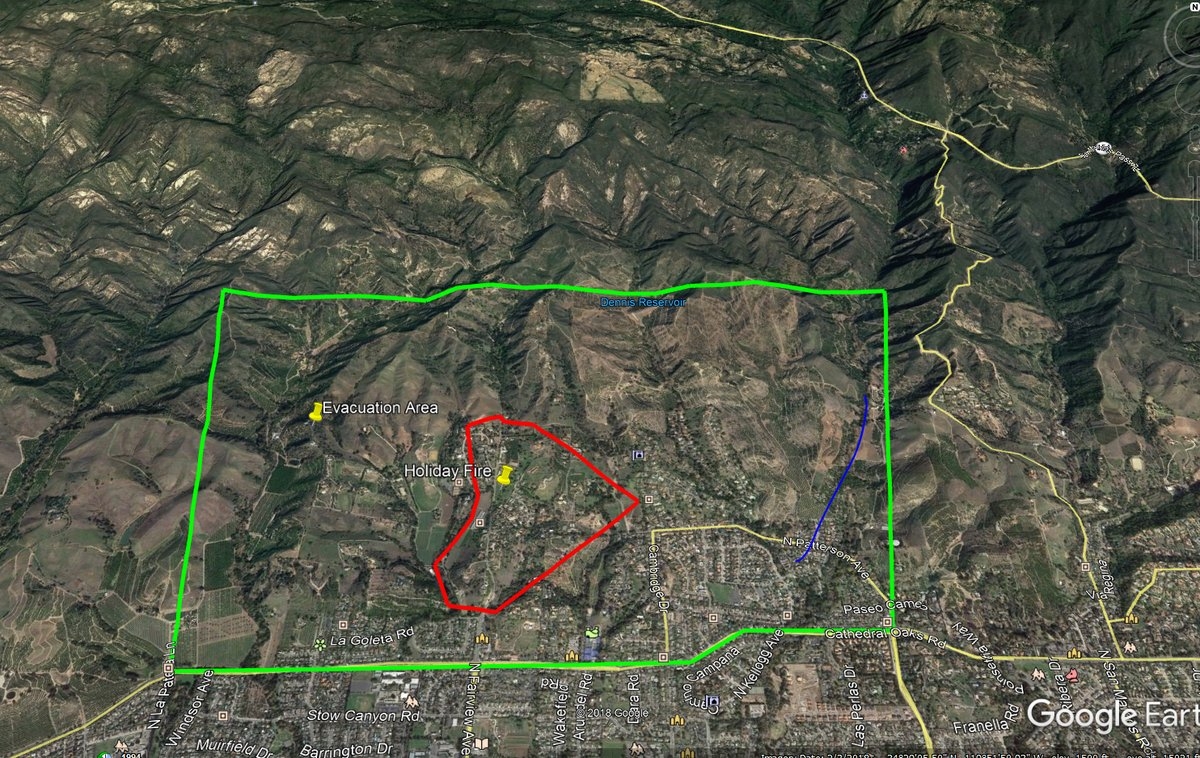 The general evacuation area can be seen above. Courtesy of the Santa Barbara County Office of Emergency Management.

For residents evacuating the area who need assistance with pets, the SB County Twitter recommends calling 805-681-4332.

A Local Recovery and Assistance Center will open Monday at noon and operate until 7 p.m. that day and from 9 a.m. until 7 p.m. on Tuesday and Wednesday. The center may reopen on Saturday and Sunday “based on the community’s needs,” according to a press release sent out by the Santa Barbara County Executive Office.

Footage from the incident can be seen below:

Updated July 12, 1:57 p.m.: This article was updated to include final information about the Holiday Fire.