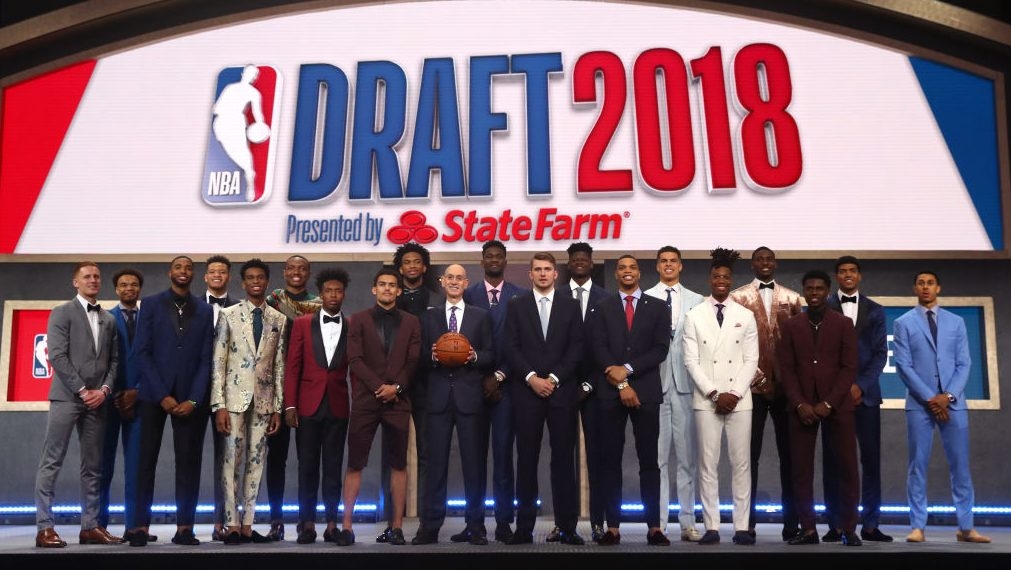 The NBA Draft is already far in the rearview mirror and summer league and free agency are at the forefront of every NBA fan’s focus. Soon enough next season will be here, and a new class of rookies will be eager to take the league by storm. This draft class has been labeled as loaded from the lottery to the second round and it will be fascinating to see if it lives up to the hype. Here are my thoughts on some of the draft’s important selections and storylines.

Rookie of the Year: Marvin Bagley

Even with the number two pick in the draft this year, the Kings will still probably find themselves near the bottom of the western conference standings again while they continue to develop their young talent. With that being said, Marvin Bagley will surely be looked to as the Kings go-to scorer and he’ll have many opportunities to put up big numbers. The Kings will be facing no pressure to win games this season which will allow Bagley to play freely and take his lumps while adjusting to the NBA game. With a brand new focal point of their offense, the Kings will hopefully begin to develop some sort of identity moving forward with their collection of promising young players. If Bagley took home Rookie of the Year honors that would be a step in the right direction for their franchise.

Doncic’s stats will most likely be less impressive than Bagley’s, but if he and the Mavs are able to improve enough to squeak into the playoffs, his efforts just might be rewarded handsomely.

Robert Williams, out of Texas A&M, was projected by some to go as high as the late lottery due to his size and athleticism but concerns about his work ethic and off-court problems caused him to fall into the late first round on draft night. So, when the Celtics swiped him up at 27 it was considered a steal and a low-risk pick for that late in the round. Williams is potentially a great fit for Boston, a team that has proven to be great defensively and could easily insert him into a backup center role behind Al Horford. They have enough offensive tools that he will only have to worry about playing defense, running the floor, and catching lobs, all of which he currently excels at. Coach Brad Stevens has been noted for his ability to work with headcases and turn them into productive players, and he will more than likely turn the physical tools of Williams into production for Boston.

His injuries are a massive question mark, but if Porter can live up to his potential, he could prove to be the piece that launches Denver from fringe-playoff team to contender.

Trae Young undoubtedly put up a historic season last year at Oklahoma, leading the county in both points and assists as a freshman. This being said, he did struggle in the latter half of the season when teams game-planned for him and took him out of his rhythm. Young is small in stature and it is possible that he struggles initially with the physicality of the NBA. Also, the fact that the Hawks had Luka Doncic and swapped him for Young on draft night puts some added pressure on him. Hawks fans better hope that Young lives up to expectations because if Doncic shines and Young disappoints, that draft night trade will haunt their franchise forever.

Orlando currently lacks any promising playmakers on offense so adding another defensive big with players like Collin Sexton and Shai Gilgeous-Alexander left on the board could prove costly going into the future.

Bates-Diop was projected to go as high as mid-first round in many mock drafts, so it was very surprising when Minnesota was able to scoop him up with the 48th pick. KBD has all of the tools to be an effective NBA player such as defensive length, shooting ability, and experience from four years of college ball. This is an extremely low-risk pick for the T Wolves this late in the draft because he has the ability to come in and contribute right away for a team looking to return to the playoffs. Bates-Diop could also serve as a possible Andrew Wiggins replacement if the Wolves go in and seek out a deal to unload the massive contract of Wiggins, who many say does not have a good relationship with the Minnesota front office.

The Grizzlies roster last year was a nightly who’s-who of former G-League and overseas players, so Carter is likely to get a decent number of minutes backing up Mike Conley.  Plus, I could not think of a better player to fit in with Memphis’s “Grit and Grind” style of play than the defensive-minded Carter.

Omari Spellman is probably not a well-known name to casual basketball fans because he was overshadowed by his great teammates at Villanova last year. Recognition aside, Spellman is built out of a Draymond Green-type mold and could find success early on in his career because of this. He is a proven rebounder and defender with the skill to knock down the three-ball at an efficient clip (43% in college). He does the little things on both ends by hustling and making the high-IQ plays to put his team in the best position to win. There is a place on every roster for a guy who can shoot and defend, and Spellman is in a great position to contribute for Atlanta.

Walker is a versatile guard who shows promise as a scorer and defender and should pair well with future backcourt mate Dejounte Murray in San Antonio.