With estimated numbers of 500, the North Atlantic right whale is highly endangered.

The traditional range of this cetacean species, including in the Gulf of Maine and the Scotian Shelf, is based on their main food source, the marine zooplankton Calanus finmarchicus. Due to anthropogenic warming, prey availability in the Gulf of Maine has been low since 2011 and is expected to further decrease, causing speculation of a shift of the right whale’s habitat range and a decline in their numbers. The right whale’s low rate of calving — with only five calves born in 2017 and none yet sighted in 2018 — reflects the decline in prey in their traditional feeding grounds.

In summer 2017, when waters between the U.S. and Canada revealed a high mortality event of 17 whale carcasses that were most ascribed to ship strikes and fishing gear entanglement, it was confirmed that a portion of the whale population had moved northward, away from their usual feeding habitats. Compared to data collected since 1970, it was more than a five-fold increase in confirmed mortalities.

“As right whales follow their prey north, they enter waters where there are few management regulations to protect them. This may explain the huge increase in anthropogenic mortalities observed in 2017 in the Gulf of St. Lawrence,” Erin Meyer-Gutbrod, an ecologist of UC Santa Barbara’s Marine Science Institute, said.

Along with Charles H. Greene of Cornell University and Kimberly T.A. Davies of Dalhousie University, Meyer-Gutbrod published a paper in the journal Oceanography detailing their findings and recommendations for advanced protective policies for the right whale. 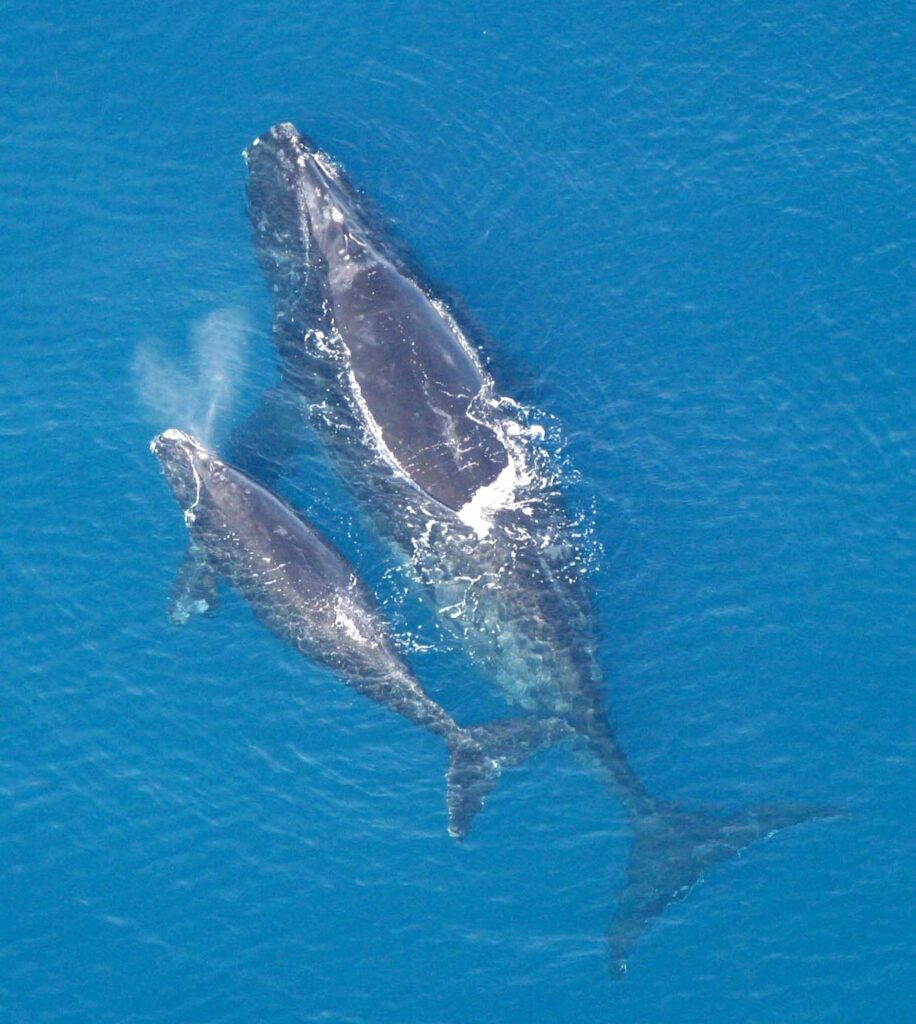 With the decline in prey in its usual feeding habitats, the endangered North Atlantic right whale lacks energy for successful reproduction. / Courtesy of Wikimedia Commons

In their paper, Meyer-Gutbrod and colleagues urge for further strategies to be implemented in addition to the ones already applied to vessels and for fisheries, such as the ban of certain fishing gear in a fixed closed area in the Gulf of St. Lawrence, as designated by Fisheries and Oceans Canada. They said, “In the long term, effective policies should be expanded globally to encourage management that is proactive instead of just reactive.”

These include to “expand monitoring programs to characterize right whale use of the Gulf of St. Lawrence and look for new habitats that have not yet been discovered, [and] reinstate the Gulf of Maine Continuous Plankton Recorder program, which is useful for monitoring prey availability in some of the right whales’ most important feeding grounds,” Meyer-Gutbrod said.

They also propose expanding fishing policies so as to “minimize the spatial and temporal overlap between snow crab fishery gear and right whales”, and to test and implement modified fishing gear that could reduce entanglement.

While their report focuses on the North Atlantic right whale, the scientists note that other marine top predators under protective policies may be facing range shifts as well. According to Meyer-Gutbrod, this could potentially affect fishery sustainability, particularly for the least-developed countries.

“Under mounting pressure from increased anthropogenic stressors to marine ecosystems, the timely implementation and adaptation of conservation and management policies is critical to the health of the global ocean and its living inhabitants. As it has in the past, the future fate of iconic species such as the North Atlantic right whale, and the ecosystem that it depends upon and contributes to, will be determined by these policy decisions,” the researchers said.