The Daily Nexus
News
Bong, Bong, Bong: The Hands Behind the Carillon Bells
June 7, 2018 at 1:56 am by Sanya Kamidi

Drunken bets, gate-hopping and Google searches for “how to hotwire the elevator”: UC Santa Barbara students spend their college careers plotting different ways to get to the top of Storke Tower before they graduate.

Sophia Tao, a fourth-year pharmacology major, is one of the lucky few who has been to the top. As a member of Adjunct Professor Margo Halsted’s carillon bells class, Tao has spent the last two years making the trek up the tower at least once a week to play the bells. 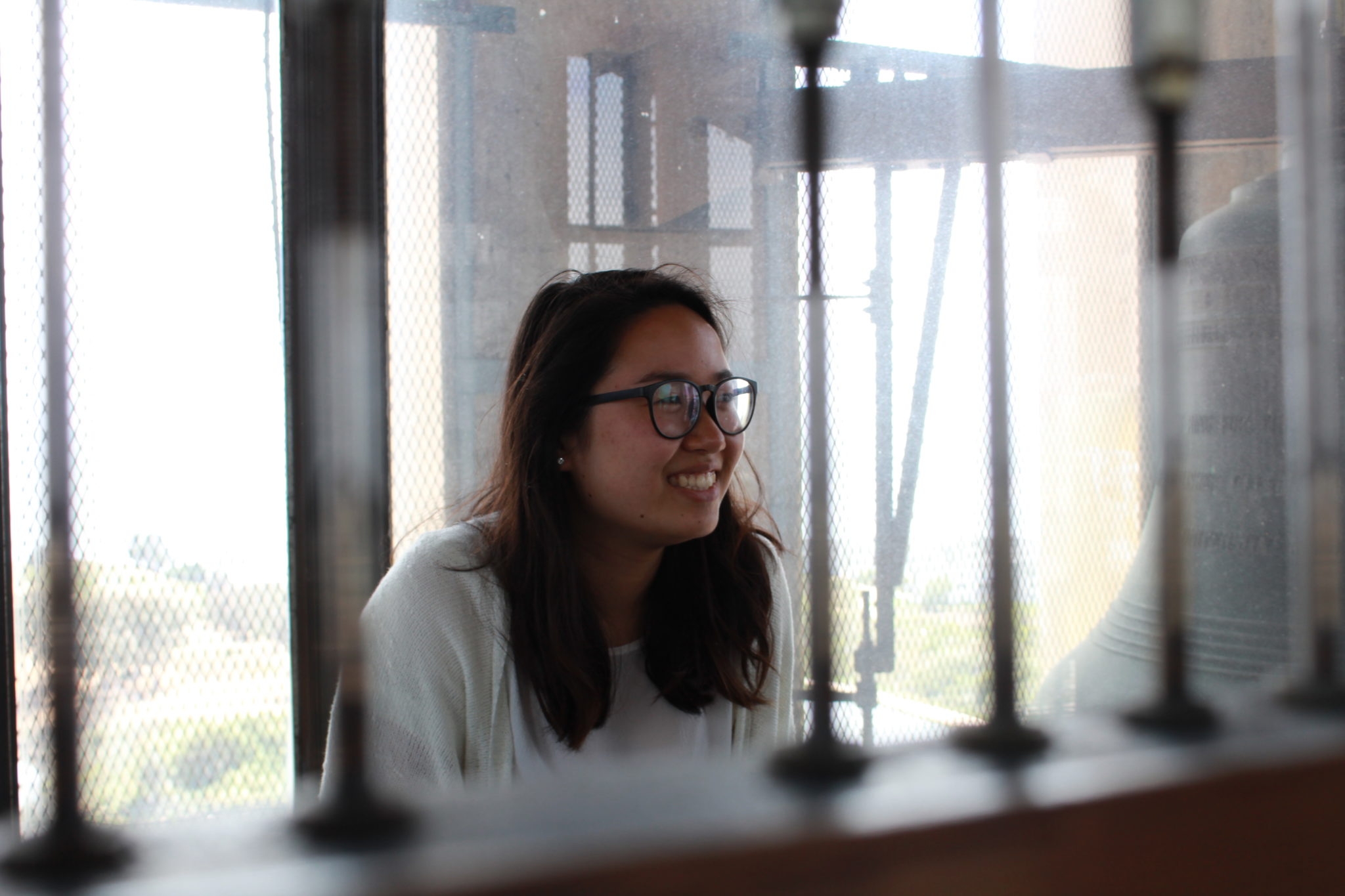 Within Halsted’s carillon class, students can audition to learn the craft from Halsted, who has been teaching the course at UCSB since 2003. It is typical for students to already be proficient piano players when they enter the course.

Halsted has been working with Tao and two other students, Iris Xie, a fourth-year economics and accounting major, and David Hwang, a material sciences graduate student, since 2016.

All three students will be graduating this spring.

Tao and Xie will have the opportunity to play the carillon for approximately ten minutes each before joining their fellow graduates at their respective ceremonies, while Halsted is slated to play during the remaining thirty minutes.

“[I’m] kinda nervous because there’s actually gonna be a ton of people listening. During the weekend, it’s pretty empty, so it’s less nerve-wracking, I guess,” Tao said. “I definitely have to practice.”

Currently, the three students trade off playing the bells on weekend mornings from 9:30 a.m. to 11 a.m. During the weekdays, there isn’t a suitable “window of time” where they can practice since classes run from 8 a.m. to 10 p.m., Tao said.

While most traditional carillon songs are “not really recognizable,” Tao still enjoys playing ones that are more up-tempo because the bells ring more distinctly.

“[Students] play music written for carillon… arrangements of music for other instruments, their own compositions and arrangements and popular songs that UCSB students like to hear,” Halsted said in an email. “Everyone loves to hear music they already know.”

“I know someone played the Harry Potter theme, some people played the Pokémon theme song. We, once, last year I think, played the Rick Roll song during April Fools,” Tao said.

Tao said she decided to audition for Halsted’s class her freshman year after a friend recommended it to her.

“I thought it would be really cool to be a part of this huge landmark of our school,” Tao said. Before playing the carillon for the first time, Halsted’s students start off on a piano and then transition to a practice keyboard that is similar in structure to the carillon.

Tao’s 15 years of piano playing translated smoothly to playing the carillon, despite the added component of playing with one’s feet in addition to their hands. The carillon is also played with fists rather than fingers. 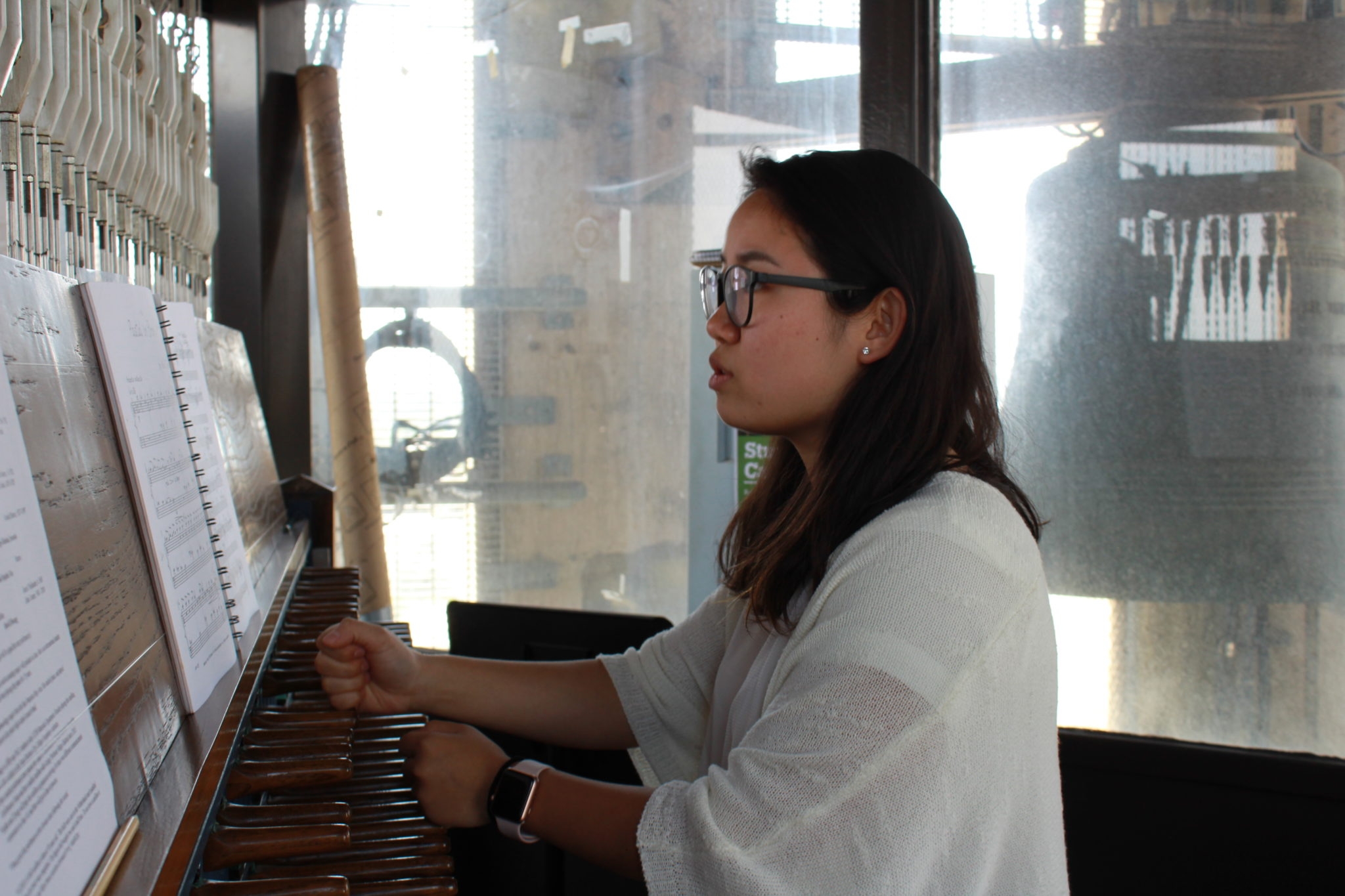 The carillon differs from the piano in that players use their fists rather then their fingers. They also play some notes with their feet. Sanya Kamidi/Daily Nexus

As she’s worked with Halsted over the years, Tao said she believes she has become more intuitive with her sight reading as well as understanding what works for the carillon and what does not.

“Sometimes certain music is written for the instrument, so it’s easier to play, and then sometimes we take piano music… so sometimes we have to rearrange it,’” Tao said. “Figuring that out… has gotten easier and just figuring out the mechanics of it, too.”

Tao, Xie and Hwang all went through a certification process to join the Guild of Carillonneurs in North America as Associate Carillonneurs. Over the course of a year, the students worked on submitting both video and audio recordings of their playing, receiving feedback from the judges and using that feedback to improve and resubmit their applications.

While the students had the ease of working at their own pace throughout this process, Tao recalled how long it took and how eager she was to be certified. She began preparing for the certification during the Winter Quarter of her junior year and was recently certified at the beginning of Winter Quarter this year.

Halsted’s students were able to travel to UC Berkeley and UC Riverside to play their carillons as well as host UC Berkeley’s Guild for a recital on campus, Tao said.

“It’s really cool to see them talk about all this… like the history, the people who’ve played it, the music,” Tao said. “There’s actually so much [history] behind it and even so much history behind the people who make the bells.” 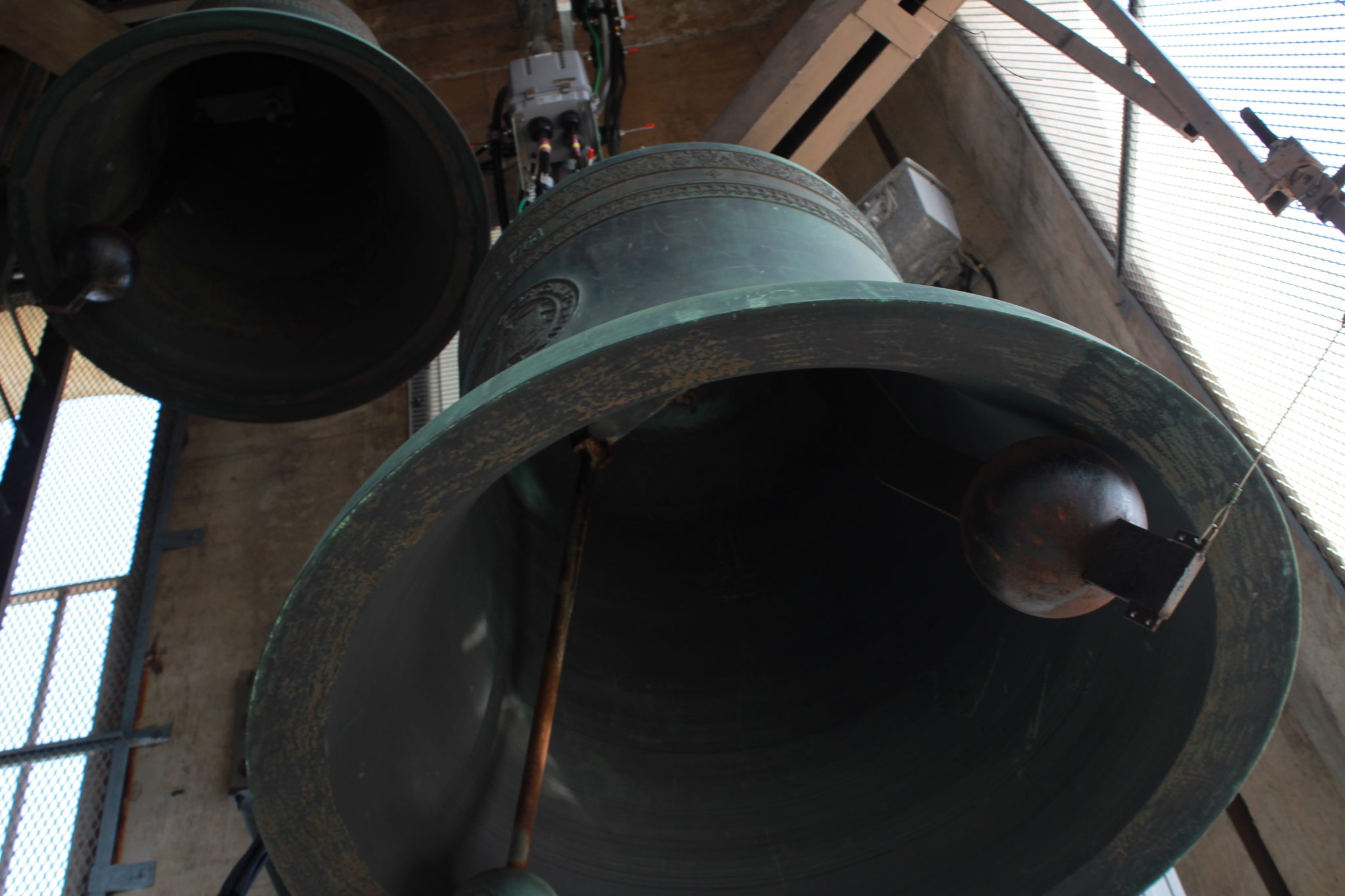 Tao reached out to a former carillon student of Halsted’s who now plays at Trinity Cathedral in San Jose, California, Tao’s hometown, and hopes to be able to continue to play the instrument there.

“I’m just really happy that I had this experience, and it’s something that I’ve done a really long time,” Tao said. “It’s one of the defining activities and memories I have of UCSB.”

A version of this article appeared on p.6 of the June 7 print edition of the Daily Nexus.