Been wondering about that taco truck behind South Coast Deli? Wonder no more!
I checked out Altamirano’s Taco Truck to satisfy my Taco Tuesday craving. The truck comes from Altamirano’s Mexican Grill in Goleta. 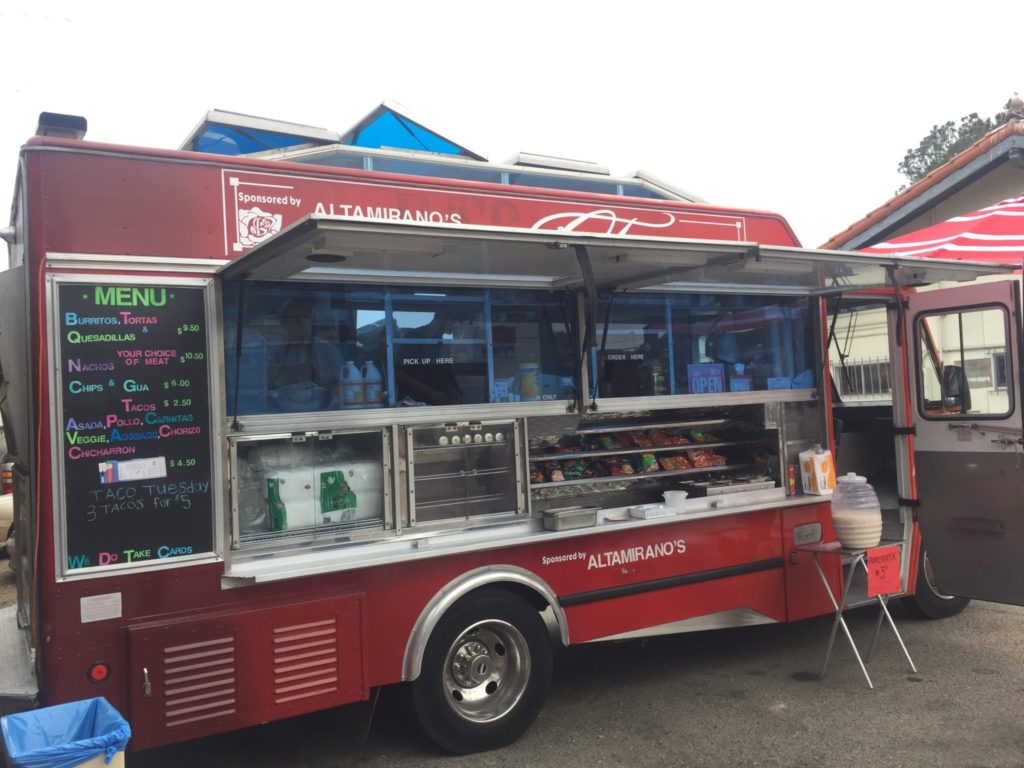 The menu has a selection ranging from burritos, tortas, quesadillas, nachos, chips & guac and tacos. I went for the tacos in honor of Taco Tuesday of course, but also because they had a deal of three tacos for $5.
My food came out fairly quickly and they also had a selection of condiments like sauce and lime to choose from. My favorite of the three by far was the carnitas taco. The meat itself was very well cooked and they added sauteed onions which I had never tried on a taco before. The onions really added flavor to the taco. The asada and pollo tasted like just your average run of the mill tacos, the pollo leaning a bit toward the drier side. They also had horchata for sale, $3 for a pretty large cup, that wasn’t on the official menu. 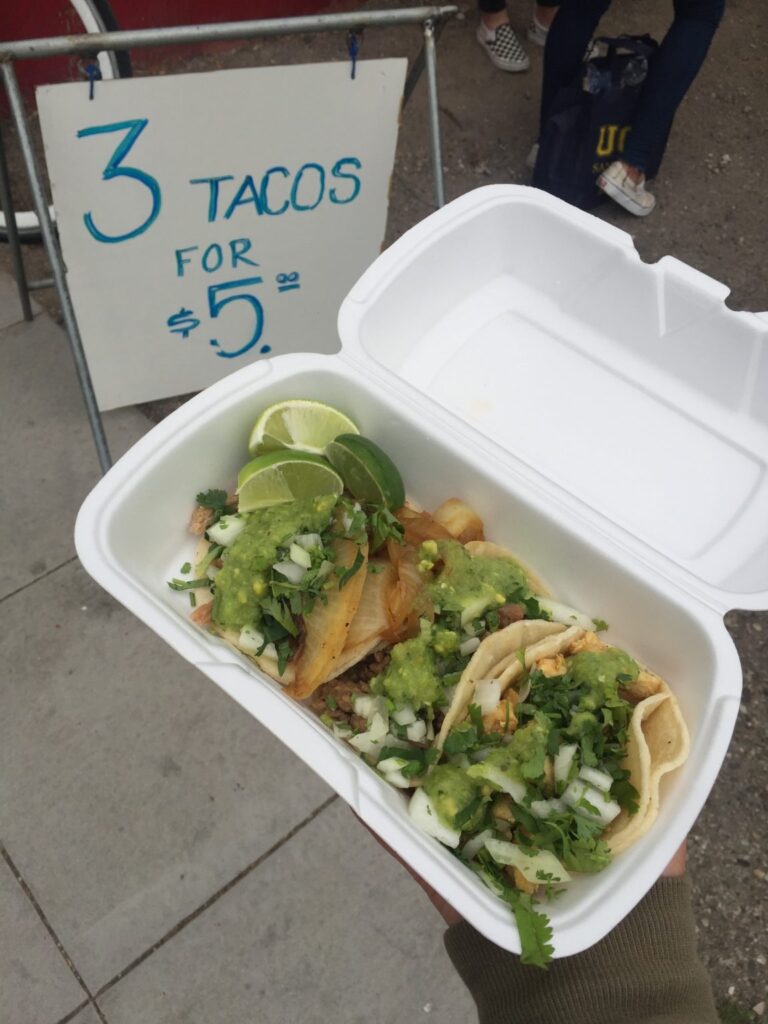 For $5, the tacos really filled me up, and I’d say I got my money’s worth. I have my eyes set on trying the adobado taco next time I swing by the taco truck. Now I want to check out the actual restaurant to see more of their menu and what else they have to offer. All in all, if you ever find yourself walking down Pardall, definitely check out this place for yourself!

Wait but I’m her boyfriend