The Daily Nexus
Sports
“Man Up”: Sports’ Complex Role in Addressing Mental Health
May 24, 2018 at 5:10 am by Omar Hernandez 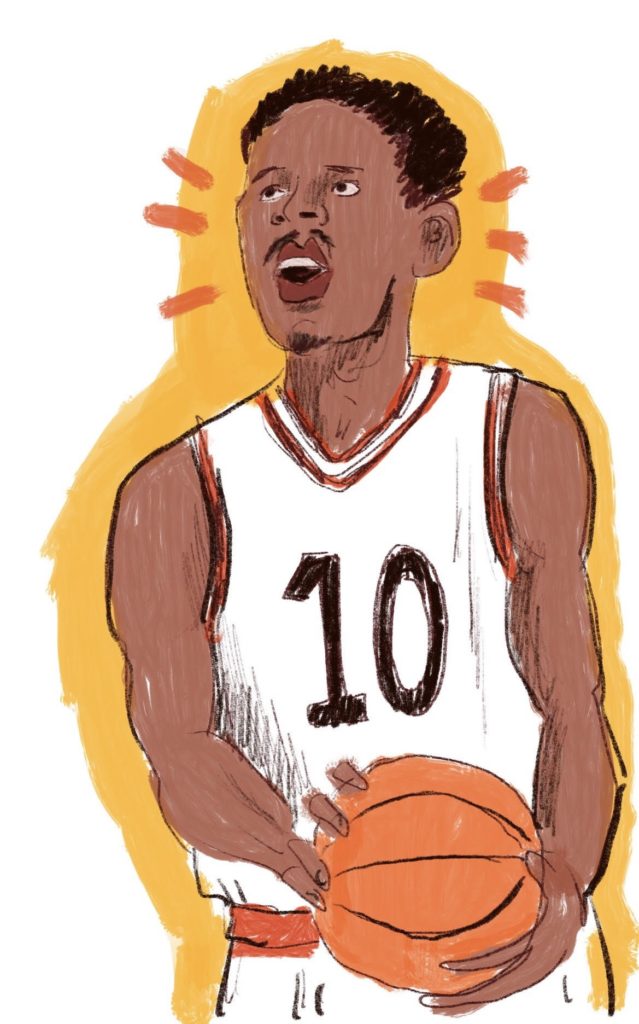 One of the most often-used phrases in all levels of men’s sports is “man up.” Whether it be a high school basketball player overcoming a rough shooting stretch or a college goalie fighting through an injury to stay in the game, the first lesson that young men are taught as athletes is that pain and sadness and discomfort are obstacles to overpower. To be a man in the world of sports is to shut out fear and uncertainty, to exude aggressiveness and passion and to limit doubt and over-thinking. To be a man is to win.

Other than the archaic gendered connotations of the phrase, these lessons aren’t necessarily bad on paper. Many coaches point to the application of what they teach even outside of sports as rationale for why athletes should listen. American society is theoretically organized to value self-confidence and hard work. There’s supposed to be winners and losers, and if you believe in yourself and put in the work then you can achieve anything. We use Kobe Bryant’s relentless perfectionism, LeBron James’ refined diet and workouts and Michael Jordan’s extreme work ethic as examples of those at the top getting to where they are by devotion and, more importantly, by choice. Of course they are successful; they chose to work hard to get there.

Due to the innate link between economic success and happiness in the American consciousness, this ultimately comes to mean that they chose to be happy, and by extension anyone else with just some hard work and elbow grease can choose to be happy too. But what about the millions of people who don’t always have the opportunities or resources or neurological capabilities to “choose” to be happy — where do they fit in?

The Toronto Raptors’ perennial All-Star DeMar DeRozan made headlines recently because of an interview around this topic with the Toronto Star. “It’s one of them things that no matter how indestructible we look like we are, we’re all human at the end of the day,” DeRozan explained. “We all got feelings … all of that. Sometimes … it gets the best of you, there’s times everything in the whole world’s on top of you.”

This interview came on the heels of a tweet which DeRozan sent out in February that simply read “This depression get the best of me…” and sparked a national dialogue around how society stigmatizes and stifles mental health awareness among male athletes. Cavaliers forward Kevin Love expanded on this conversation in a piece he penned for the Players’ Tribune, in which he pointed out that “These values about men and toughness are so ordinary that they’re everywhere . . . and invisible at the same time, surrounding us like air or water.”

There are two especially important points that DeRozan and Love made in their statements, and both offer solutions to deal with the issues surrounding mental health education. The first is that anyone at any time can be affected by some sort of mental illness, although it is important to note that there are very important outside factors (degree of illness, race, gender identity, economic status) which affect both the support for and impact of these problems. The second is that there is a very specific socialization of men, by men, that occurs in the United States, which manifests itself into toxic ideologies and actions for men ourselves and the communities we inhabit.

It goes without saying that in order to start working on the issues of misrepresentation and miseducation when it comes to mental health, there has to be acknowledgment that there are problems in the first place. This is why it was important to hear not just an NBA player, but a Black NBA player, come out and address a topic like depression.

Centuries of oppression, whether it be through the restriction of access to medical knowledge and care or the dehumanization and desensitization of Black and brown suffering, has created extreme stigma within communities of color surrounding mental health. Black Americans are more likely to undergo feelings of depression and worthlessness than white Americans, and yet, according to Mental Health America, have less access to treatment and actually utilize help at far lower rates.

It would be far simpler to address these statistics if it was simply a matter of outward exclusion; however, internal attitudes ingrained over the years complicate accessibility as well. Because of historical precedents such as the Tuskegee Syphilis experiment or contemporary exclusion from groups such as the American Psychological Organization (of which Black Americans only make up 2 percent), there has been a cultural isolation of Black and brown communities from the medical community, which in turn has led to the solidification of negative and inaccurate ideologies.

The characterization of mental illness as “weakness” or as in opposition to masculinity is very prevalent within these communities and has a tangible impact, such as the marginally higher attempted suicide rates among young Black boys compared to white children. By exposing his own fragility, DeRozan has helped counter this and start toward creating an atmosphere where Black and brown children are believed and supported.

It is important to note, however, that it is men who have to take on most of the burden of unlearning and working toward less stigmatization of mental illness. As we have seen with recent mass school shootings, as well as the well-documented history of male violence in this country, our conception of masculinity or “manhood” is just not healthy. Entitlement and over-confidence combined with a lack of empathy for others might work sometimes on the basketball court, but is a disastrous approach to relationships in other aspects of life.

The truth is, for women and queer folks of color, most danger and abuse does not come from outside, but rather from straight men of color in their own communities. While all people of color have to deal with racism, stigma surrounding mental illness and lack of accessibility in other aspects of life, it is somehow acceptable to use violence against Black and brown women as an outlet for male frustration and inadequacy. This is a problem for all men, yet one would hope that having to deal with an intersection of other oppressions would give Black and brown men a better understanding of how not to channel their problems into “punching down.” Only once we are able to protect those who are most vulnerable will we be able to attack the institutions or figures in power which are the crux of the problem.

Ultimately, sports both reflect and create culture. Athletes such as DeRozan and Love speaking up about their own struggles with mental health mirrors a recent illumination of the topic in popular discourse; however, toxic ideals surrounding masculinity in sports have also been ingrained into American society for years. It is up to men to change how we talk and think about mental health, for our well-being and everyone else’s safety.