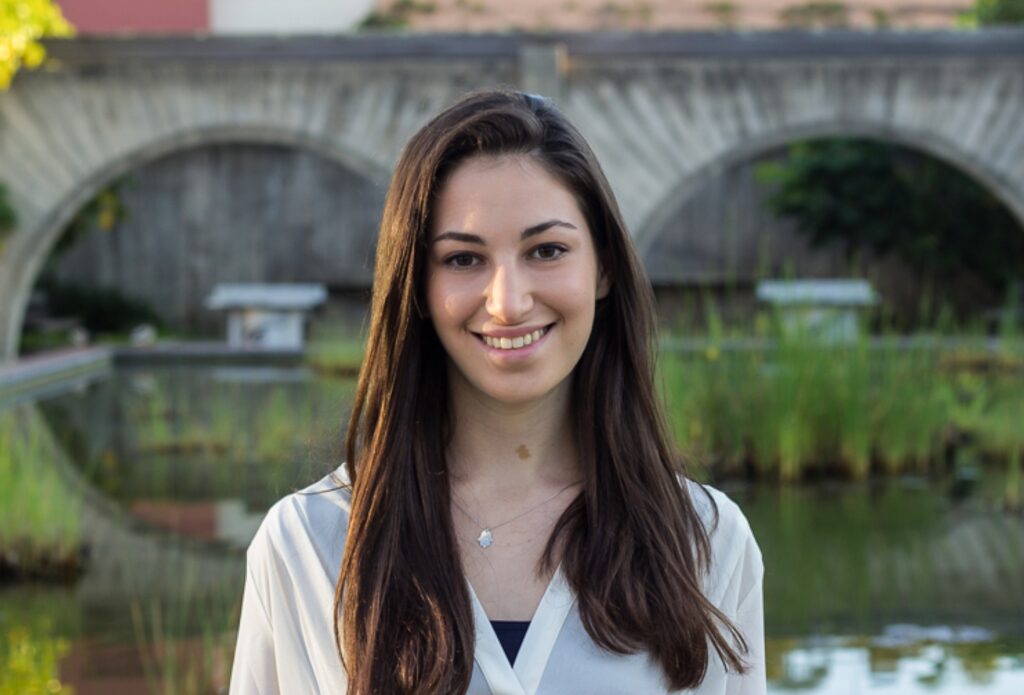 While some of these plans fell through, Labowe-Stoll was able to implement other projects and focus her time on being a liason for UC Santa Barbara in Isla Vista and within the Santa Barbara County.

Labowe-Stoll said she had to put many projects on hold due to “day-to-day” issues in I.V. that frequently arose and required a majority of her attention.

“I had planned out a very different year than what had happened, and it’s because I represent students to a living, breathing local community and it’s hard to plan when it comes to that, especially in a community so vibrant and alive as Isla Vista,” Labowe-Stoll said.

Labowe-Stoll said she was most proud of the Pause campaign and the Pause. town hall that occured at the beginning of winter quarter.

The campaign focused on encouraging students to abstain from drug abuse during stressful times and to instead “pause” and try to understand their own mental health as well as their peers, according to Labowe-Stoll.

She is hoping to implement the ideas brought up at the town hall and has already begun that process by working with UCSB Student Affairs and the Vice Chancellor’s office.

“I spent a lot of time working on student well-being and mental health just because of the fires and mudslides,” Labowe-Stoll said. “That took up a lot of my year, in terms of trying to inform the faculty and staff at UCSB about why it was so difficult for us to go through winter quarter and deal with all of this on top of just the stresses of being a normal student.”

Labowe-Stoll also created Adulting 101, a series of classes offered through the External Vice President for Local Affairs (EVPLA) office which are meant to supplement the academic curriculum students are enrolled in.

The classes are meant to teach students important life skills about what it means to be an adult in the “real world.”

The first class was held in February and focused on ways to reduce energy bills in order to save money and help with financial situations.

The next class will take place in June and will inform dog owners about vaccinations, training and dog-care basics, according to Labowe-Stoll.

Labowe-Stoll hopes that the Adulting 101 program will continue into next year.

She explained that all of her projects have been funded through funds allocated to her office. A large portion of those funds went toward a project that plans to distribute guides to the community that contain information about various resources in Isla Vista.

“We are distributing guides that have all the resources in Isla Vista, everything from the Pardall office hours to dispatch numbers for the Isla Vista foot patrol, to all 5,000 doors in Isla Vista,” Labowe-Stoll said.

The guides have been made and are in the process of being paid for, according to Labowe-Stoll. She said the Isla Vista Tenants Union (IVTU) and the Finance and Business Committee are also funding the project.

The guides will be distributed at the beginning of Fall Quarter 2018.

The project was postponed an additional time at the beginning of this quarter as a result of the  the A.S. election season and Measure R efforts, according to Labowe-Stoll.

Labowe-Stoll said she represented students by attending meetings held by organizations such as Isla Vista Safe, which are chaired by the district attorney of Santa Barbara County and occur once per quarter.

“I pride myself in being the voice of the students. I think EVPLAs have chosen to take on different aspects of their position, but that’s one that I really take pride in,” Labowe-Stoll said.

In an interview with the Nexus, Labowe-Stoll also reflected on Deltopia, which she believes was a success.

“I think that UCIV and the volunteer base that they’ve cultivated has really helped the process, and I think that being able to help UCIV and the Public Safety Commission with resources and my time has really been valuable to me and to them, too,” Labowe-Stoll said.

“I take a lot of pride in the fact that we’ve been able to really make Deltopia into a much more positive and safe environment,” she added. “From my perspective, I think it was definitely a win.”

While citation and arrest numbers dropped this year at Deltopia, the number of medical transports increased.

Labowe-Stoll also said she has been involved with the Measure R campaign and strongly encourages everyone in her office to volunteer their time through canvassing.

“A.S. takes a very different role in this in the sense that we can’t outright advocate for or against it because of the constraints that we have, but I try to educate people as much as I can,” Labowe-Stoll said. “Obviously I want Measure R to pass very much, I think that it is kind of the final step in the CSD to be able to have this funding to distribute back to the community.”

She also provided details as to why certain aspects of her platform were not completed.

Her platform included creating a “Rate My Landlord” website, which would have allowed students to rank and comment on landlords in Isla Vista. She later discovered that there were legal issues regarding students commenting freely on their landlords, as it could lead to lawsuits based on slander.

She also wanted to create a community court, which would have been an I.V. based program that allowed students charged with minor misdemeanors to deal with officials in I.V. instead of being sent to downtown Santa Barbara.

Labowe-Stoll was unable to complete the project and said she “realized how big it was” and how much legal attention it required as she began to speak to Third District Supervisor Joan Hartmann.

“This was something that I was going to work with Joan Hartmann on. We connected on it a lot at the beginning of the year and I think she got busy and it also kind of fell through,” Labowe-Stoll said.

Another one of Labowe-Stoll’s goals was to institute a parking system where specific parking spots in I.V. could be identified along sidewalks, which would ensure more parking places, but said the project would be postponed until Measure R comes to a vote.

“[Parking] is a CSD power, and it involves a lot of time and money in terms of running surveys and that kind of stuff,” Labowe-Stoll said. “When I started working on it in the beginning, they [the CSD] said ‘We want to work on it too, obviously it’s our power, but we don’t have any money, so let’s wait for the tax to pass,’ so it pretty much depends on the [Measure R] tax.”

“I honestly, truly attempted everything I put on my platform,” Labowe-Stoll said.

Jeike Meijer was elected to be EVPLA for the 2018-19 school year.

Updated 4:01 p.m.: This article was updated to include information about the EVPLA-elect, Jeike Meijer.