The Daily Nexus
Music
Clairo Illuminates Storke Plaza
May 17, 2018 at 5:49 am by Ivan Gonzalez and Kelly He 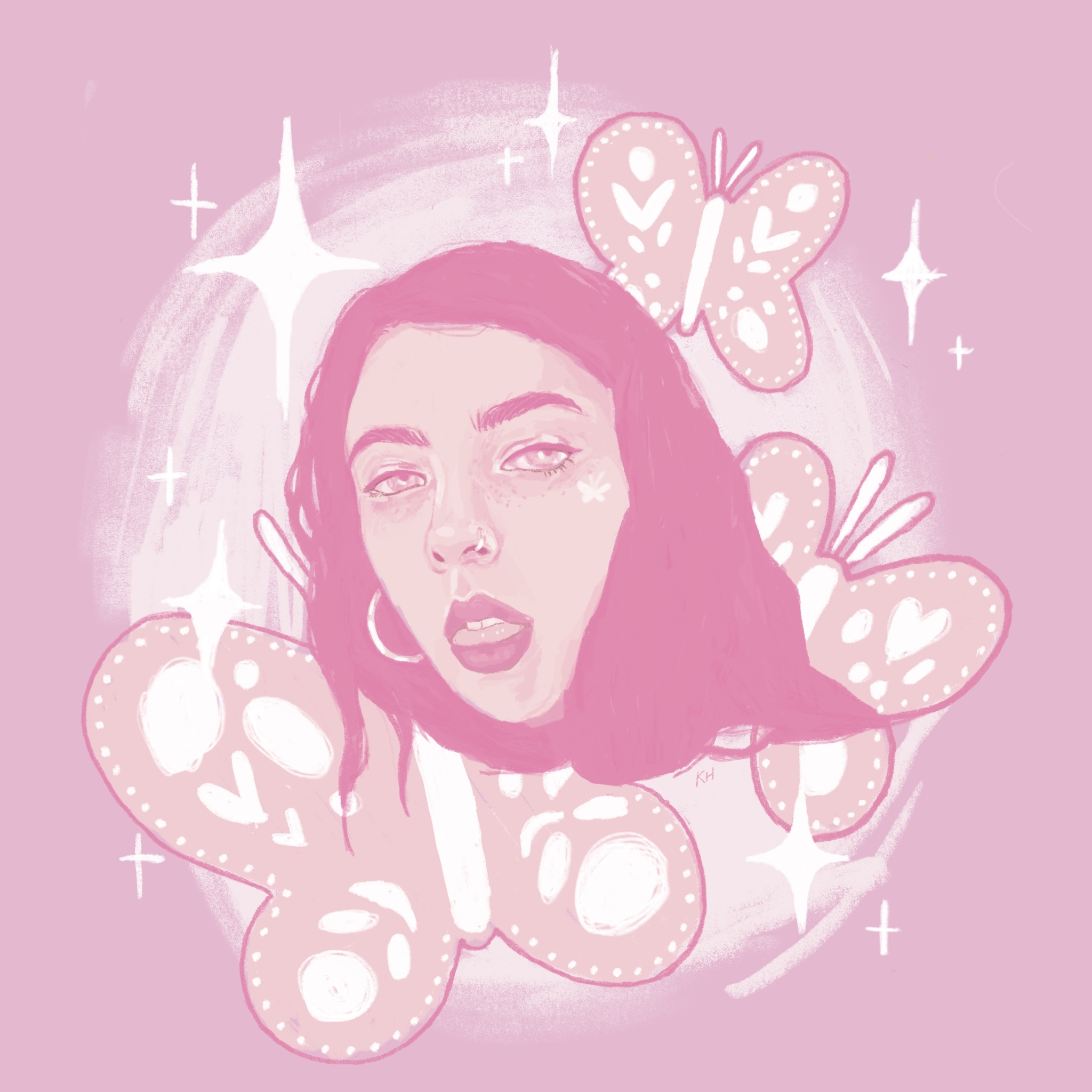 Over on the steps leading from the UCen to Storke Plaza, a smorgasbord of UCSB students flaunting colorful hair and wearing in mom jeans or pastel colored shoes munched on bags of Hot Cheetos under the sun as they anticipated the entrance of Claire Cottrill.

Cottrill, better known by her stage name, Clairo, first entered the music scene back in 2015 when her music video for “Pretty Girl” — featuring the artist goofily dancing to her song and lip-syncing in front a webcam — went viral. In the span of less than a year, Clairo has risen to prominence among similar bedroom pop artists such as Bane’s World, Jakob Ogawa, No Vacation and Gus Dapperton.

Nineteen-year-old Cottrill has been dreaming to break into music since she was 13, writing and posting music onto Bandcamp and SoundCloud. Now, entering her first year at Syracuse University, she is currently managed by the same manager Chance the Rapper had when he began his rise to stardom.

Recently, Clairo had her first big performance at Tyler, the Creator’s sold-out show at the Observatory for over 6,000 people. She performed alongside acts like Steve Lacy, Brockhampton, Michael Seyer and Inner Wave. Last Thursday, UCSB was lucky enough to be graced by Clairo’s first live performance with a band at A.S. Program Board’s Noon Storke Show.

The crowd anxiously awaited the emerging pop star, who is expected to drop a six-song EP featuring Dublin rapper Rejjie Snow later this year. Humorously, Program Board gave out free bags of Flaming Hot Cheetos (in reference to her popular single of the same name), along with Yerba Mate.

The eagerness to see Clairo garnered a crowd that not only filled the stairs but also hugged the walls overlooking Storke Plaza. Kids from an elementary school touring UCSB got to witness this gathering of students and entertained the collegiate group by dancing to the songs that filled the empty sound space before the show.

Clairo came out from the KCSB courtyard skipping and sporting a casual UCSB shirt, and she warmly greeted the crowd. Immediately the students clapped and cheered in excitement as Clairo and her new band filled in blanks of the stage framed by the palm trees. They played classic songs such as “Pretty Girl” and “Flaming Hot Cheetos,” newer songs such as “4EVER,” an unreleased track and a cover of “Nakamarra” by Hiatus Kaiyote. 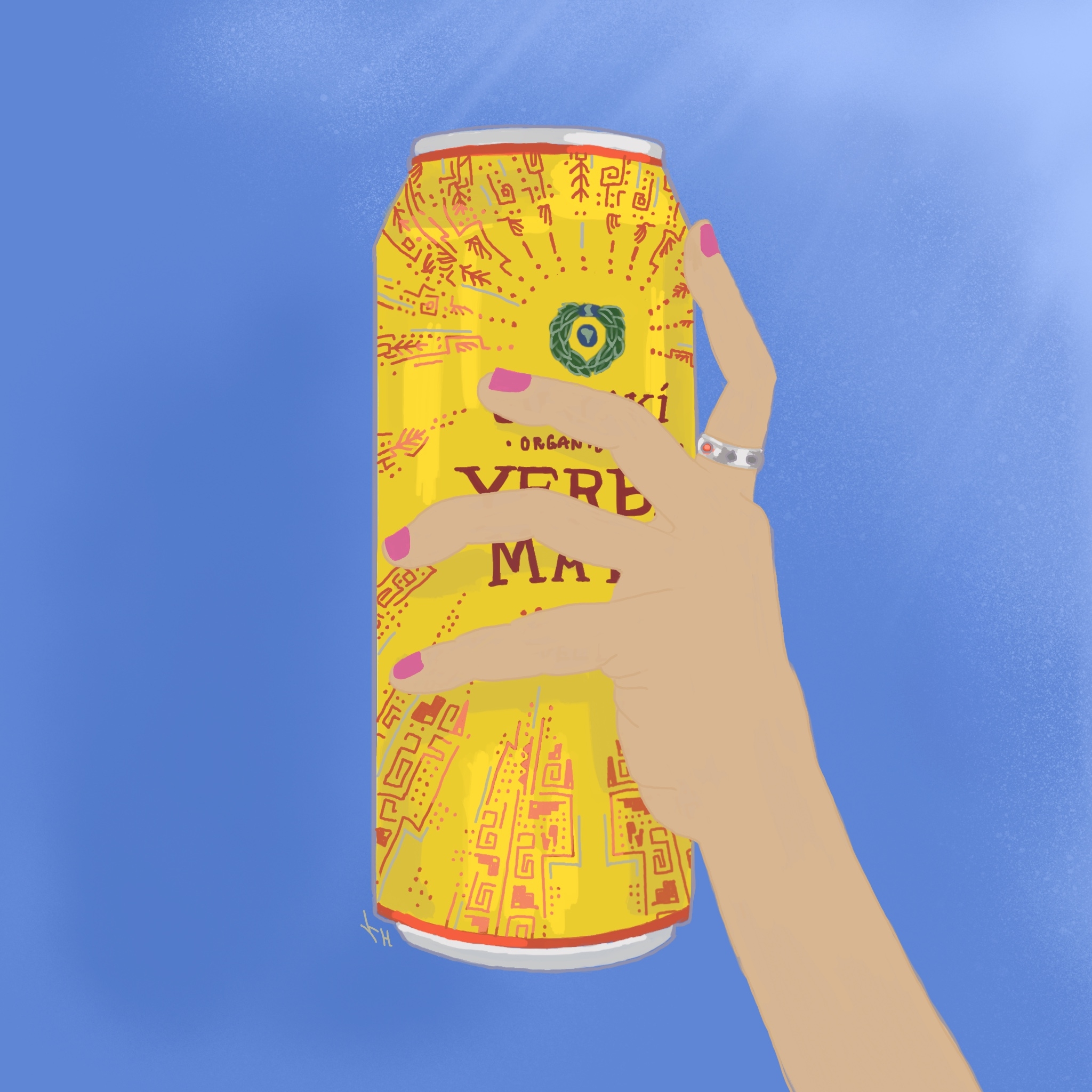 With a live band, her sound was very different from her recorded tracks –– but in a good way. Ditching the lo-fi, synth-pop sound, Clairo took on a more indie-alternative take on her songs, substituting manufactured electronic beats with echoing, raw guitar licks, rumbling electric bass lines and shrill strikes of cymbals.

For songs like “4EVER” and “Pretty Girl,” the band looped a backtrack of the iconic melodies but decorated it with jazzy additions played on their instruments. “Flaming Hot Cheetos” pleasantly surprised us with a funky breakdown at the end of the song, leaving the crowd smiling as Clairo bopped along while eating a bag of Hot Cheetos someone kindly threw to her before the song began.

The charming, happy vibe of Clairo’s dreamy voice that floated above smooth guitar, bass and drums was the perfect sound to fill the air on a beautiful sunny day at UCSB.

When the set was beginning to wrap up, the crowd demanded more. It was a relatively quick set, consisting of no more than ten songs. The crowd was prepared, however, and immediately began suggesting other songs they wanted her to perform when she apologized for the short set.

Clairo was apparently flustered by the high demand of an encore, as she replied to her yelling fans, “Why are you yelling at me?”

This moment also made it onto the Overheard at UCSB Facebook page and was quote tweeted by Clairo herself.

For Clairo’s much anticipated encore, the band did another performance of “4EVER.” This time, initiated by a student sitting near the stage, people were encouraged to leave the stairs and dance at the front. The concert turned into a dance party reminiscent of teenagers just letting loose and having fun, twirling and grooving away their cares to the upbeat pop tune.

After the dance party ended, people rushed to line up for the opportunity to meet her and take photos. Many students brought gifts; one handed her a bracelet and another a drawing. Students who came less prepared scrambled to find things for her to autograph. She was presented a range of items to sign: shoes, empty Hot Cheeto bags, skateboards, laptops and even an inhaler.

Clairo’s luminescent presence left UCSB students glowing and wishing to “feel this way forever.” Make sure to look out for her EP –– although it has no official release date, it’s expected to be released soon. We’re looking forward to seeing how this bedroom pop sensation continues to shift out of her lo-fi sound in her upcoming EP.