The Daily Nexus
News
Cannabis Measure Receives CSD Endorsement
May 10, 2018 at 12:01 am by Evelyn Spence

The Isla Vista Community Services District voted on Tuesday to endorse Measure T, which would allow the county to tax cannabis operations within unincorporated areas of the county, including I.V. 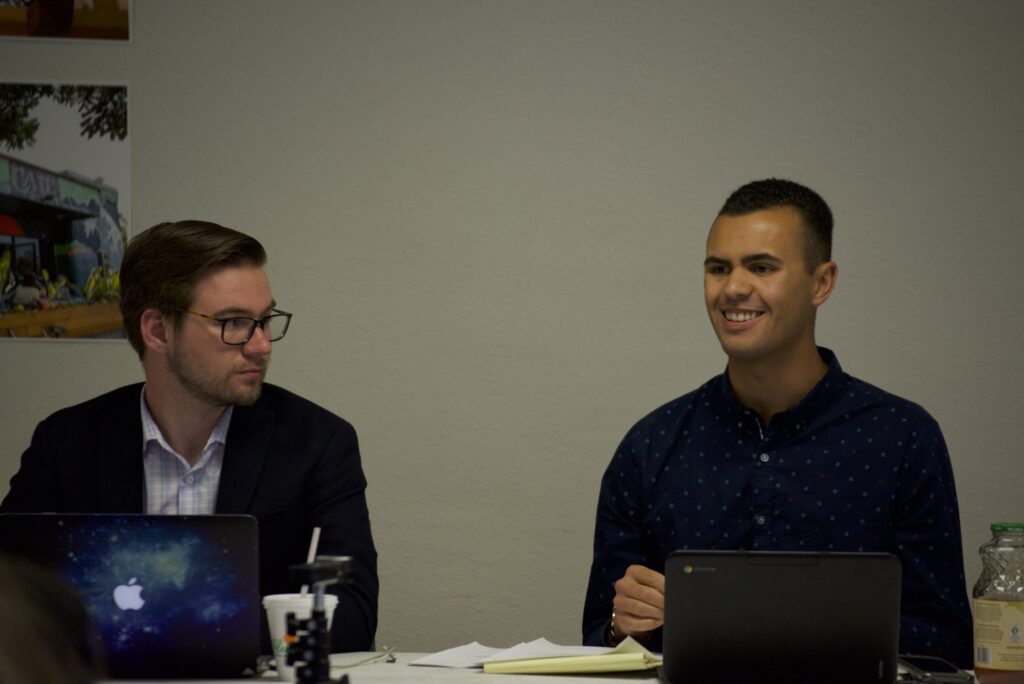 The Santa Barbara County Board of Supervisors filed to place the measure on the ballot in late February, according to documents released to the public during the Community Services District’s (CSD) Tuesday meeting.

“It’s very likely that there will be a cannabis dispensary in Isla Vista,” said Ethan Bertrand, CSD president.

Residents of Santa Barbara County will get the chance to vote on Measure T, also known as the Cannabis Operations General Tax, in the June 5 primary election.

The board voted to endorse the measure with all board members voting in favor except for George Thurlow, who was absent for the meeting.

If the measure passes, any individual who “engages” in cannabis operations, including the “cultivating, manufacturing, producing, processing, preparing, storing, providing, donating, selling or distributing cannabis” within unincorporated areas of the county would pay a tax on each of the operation’s activities, according to documents released by the county.

The tax will vary depending on the classification of the business. Nurseries and distributors will pay 1 percent of the total amount an organization receives during its accounting period; manufacturers will pay 3 percent, cultivators will pay 4 percent and retail and micro businesses will pay 6 percent, according to documents released by the county.

First District Supervisor Das Williams, who chairs the county board, said in a written statement that it is “imperative” that the marijuana is taxed to “ensure compliance and to eradicate the black market.”

“With legalization comes needed enforcement, education and other services. Santa Barbara County needs to tax cannabis growers and businesses to enforce our ordinance and fund other priorities,” he said in an argument in favor of the measure, which he wrote on behalf of the board of supervisors.

The board passed an ordinance in early February requiring a buffer zone between marijuana dispensaries and areas with schools or daycare centers, meaning dispensaries cannot be located within 750 feet of these “sensitive areas.”

Opponents of the measure, including District County Supervisor Peter Adam and Susan Brown, retired sergeant from the Santa Barbara County Sheriff’s Department, said in a statement that the measure will be “another blank check” for the county.

“The County faces a $50 million deficit due to misplaced spending priorities,” the group that wrote the opposition statement on the ballot measure. “They want to spend the money how they want it spent, not how we want it spent.”

Spencer Brandt, board secretary for the CSD, said he is a big supporter of this measure because it is “necessary” for I.V. to have a dispensary one day.

A version of this article appeared on p.3 of the May 10 print edition of the Daily Nexus.