Proposition 68, a $4 billion bond that will be on California’s June ballot, aims to provide funding for parks, clean drinking water and the protection of the state’s natural resources among other environmental advancements. 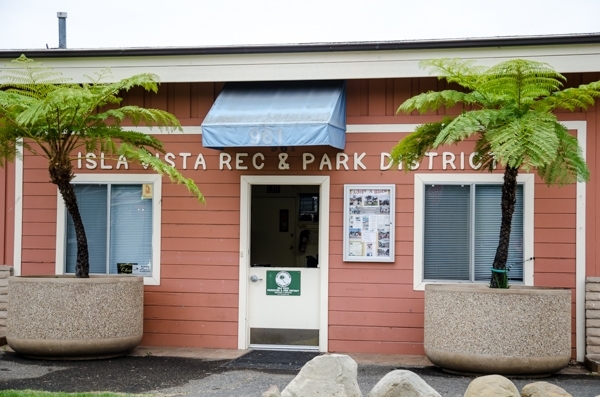 The legislation will be used to combat the negative effects of California’s natural disasters, according to IVRPD chairman Jacob Lebell. Alex Nagase / Daily Nexus

If passed, this proposition would provide funding to directly benefit Santa Barbara County, including Goleta and Isla Vista, according to Jacob Lebell, chairman of the Isla Vista Recreation and Parks District (IVRPD).

The proposition is the first bond measure in California to provide “access to parks for all Californians and targeting water and flood control investments to the areas with the most unmet need,” Kevin de León, California State Senator and lead author of the proposition, said in a press release.

Prop 68 would provide funding to restore the depletion of groundwater brought on by drought, promote the use of recycled water among towns and conservation of water among farmers and prevent flooding through the capture of more rain water, according to the Official Voter Information Guide.

Governor Jerry Brown and Mary Creasman, California Director of Government Affairs for The Trust for Public Land, a non profit organization that focuses on conserving land for public use, have both endorsed the measure.

“Park access should not be considered a luxury. It is a right, along with … clean air, clean water, and protection from climate impacts,” Creasman said in a press release.

The legislation will be used to combat the negative effects of California’s natural disasters including the Thomas Fire in Santa Barbara County last December and aid in relief for the Montecito floods, according to Lebell.

A large portion of the bond would fund the implementation of parks in disadvantaged neighborhoods as well as improve the facilities in existing parks, including those in I.V., according to Lebell.

“Isla Vista is the lowest income area in the entire county. That sets us up to have priority access to have a lot of the grants that are going to be made available if this bond passes,” Lebell said.

I.V. would be eligible to receive one or more grants that could total up to $200,000 for park improvements. If the proposition is passed, this money could become available close to the end of the year, according to Lebell.

CALPIRG is a student-run environmental and political organization on campus at UC Santa Barbara that is advocating for Prop 68 to garner voter support.

“Prop 68 is actually addressing global warming issues straightforwardly instead of abstractly and we finally are receiving solutions from government officials on how to solve these environmental issues,” Vang said in an email.

The proposition’s passage would allow for future generations to better conserve the natural resources and guarantee a world that has usable resources, according to Vang.

“We need to ensure we build a foundation of saving our environment before it gets worse,” she said.

Moorlach argued that the bond will do more harm than good because the government would need to raise taxes in order to pay off the money that would need to be borrowed for the measure.

In an article written by Coupal, he refers to the Legislative Analyst Office report on Prop 68 that estimates that it will take $7.8 billion to pay off the bond: $4 billion in principal spending and $3.8 billion in interest rates.