The Daily Nexus
On the Menu
29th Annual Santa Barbara Fair and Expo Is out of this World
May 3, 2018 at 12:20 am by Tiffany Velazquez

This weekend, the Earl Warren Showgrounds at the corner of Calle Real welcomed the 29th annual Santa Barbara Fair and Expo. Featuring an “Out of this World” theme, the event featured familiar favorites in the way of food vendors, carnival rides, booths and live entertainment. 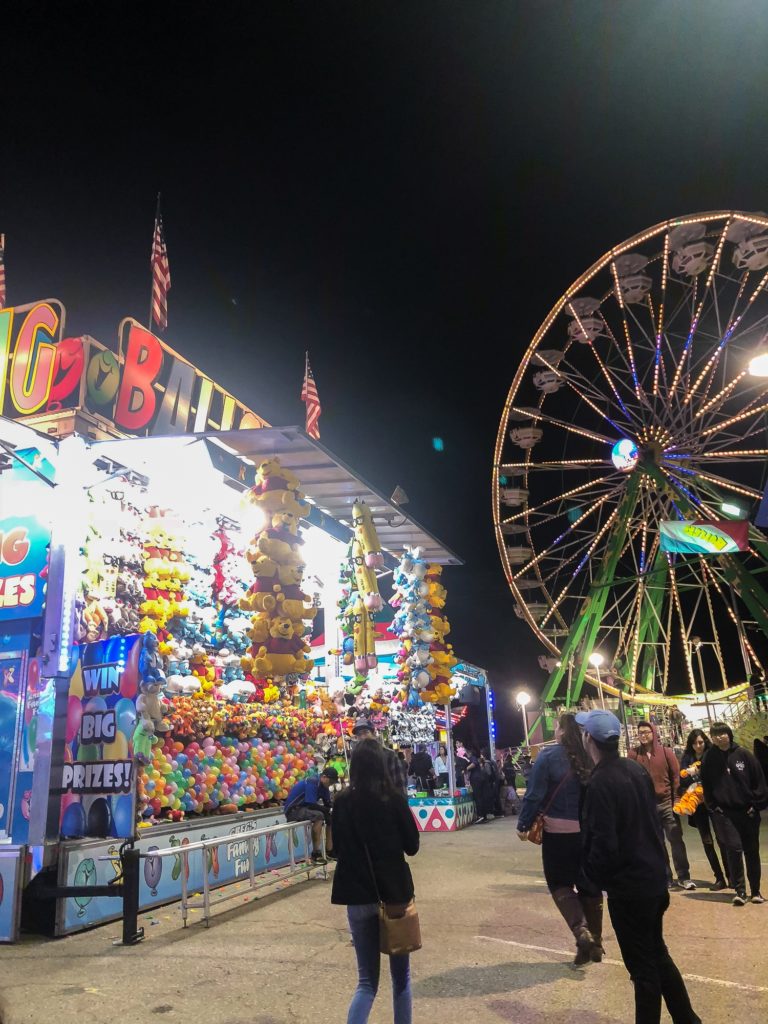 The event sprawled across 34 acres of property to accommodate for the hordes of guests. Arriving at the fair Saturday night, we were immediately greeted by the sight of a UFO, or rather the cutout of one acting as the roof of the ticket booth. This, of course, was our first stop, as an $8 ticket was required to enter. Making our way inside, we were immediately greeted by lights, the Ferris Wheel visible before we had even exited the freeway. There were rides beyond where the eye could see and the smell of hot dogs and popcorn carried over to us. Booths were set up all around, offering face painting and selling items such as homemade jewelry and dreamcatchers. There were caricatures being readily drawn and light up wands available for younger guests to make their way through the night.

Bypassing everything for the time being, we approached the ticket booth to purchase ride tickets. Tickets were offered for $1 each and were then electronically loaded onto game cards. Wristbands covering unlimited rides were available for $28 each. The group of us opted for 10 tickets each, allowing us to enjoy roughly two rides. 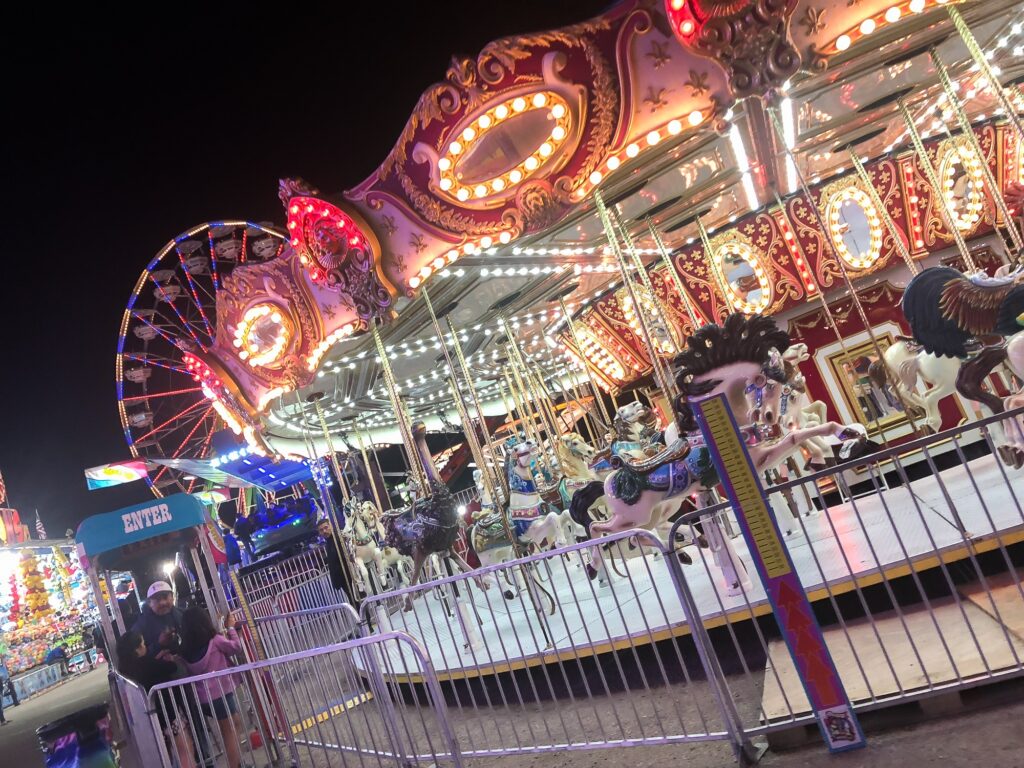 My friends were captivated by all the rides available to choose from, like the Giant Spinning Coaster and Crazy Train just to name a few. I was noticeably less eager, even skipping out when the majority of the group rode their first ride (a smart decision considering the ride temporarily broke down before starting back up again). I was, however, convinced to ride the Music Express, laughing and screaming partially out of fear the entire way. I was pushed into my partner’s side the entire time we spun around, and the poor choice in song didn’t exactly improve my experience.

The only other ride I got on was the ferris wheel, another not-so-good choice considering I am partially scared of heights and our hands kept slipping on the pole placed in the middle. Romantic ferris wheel rides are definitely only true in movies because there’s nothing romantic about almost falling out of your seat and plummeting to the ground below. 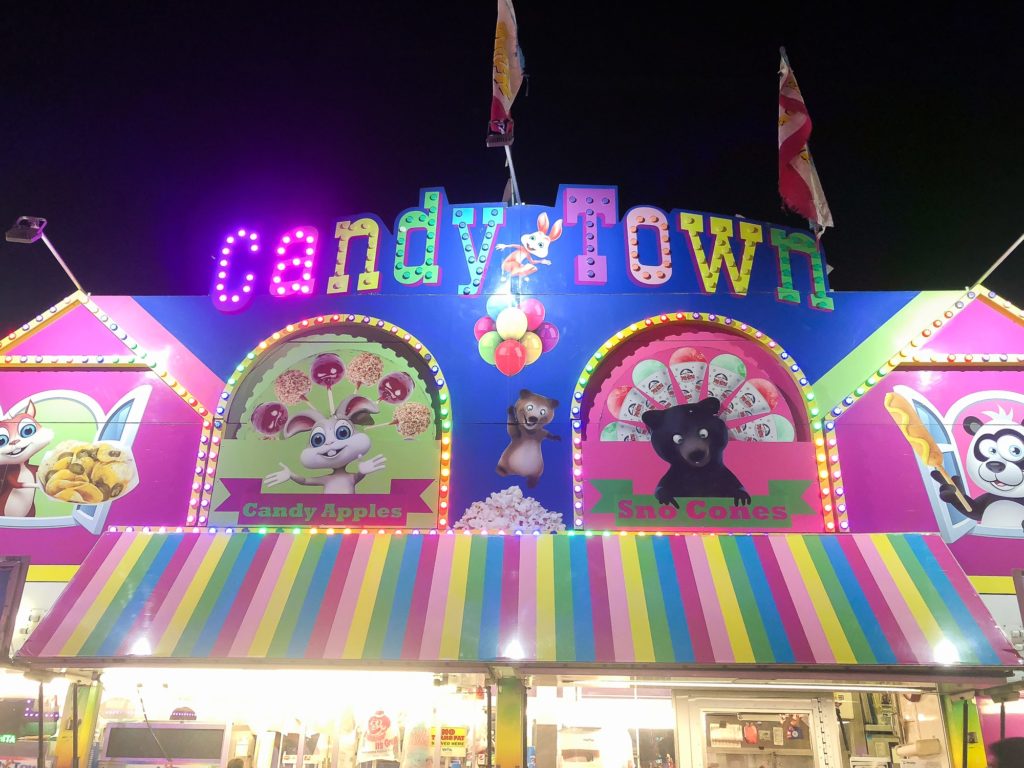 But of course, anyone will tell you that the real allure of a fair comes from its food. Following the smell of food we had initially been bombarded with, we reached the various food vendors spread out along one area of the grounds. A look around revealed tortas, corn dogs, popcorn, curly fries, pizza, caramel apples, churros, snow cones, hamburgers and deep fried desserts to name a few. The group of us split up, everyone seeking out something different with the intention of sharing. Letting my cravings be my guide, I bypassed everything for a bacon-wrapped hot dog bigger than my head. No joke, this thing was huge and hot off the grill. It was definitely too much for a single person, my friend stealing bites every now and then. And while not the greatest hot dog I had ever tasted, it was definitely delicious.

Aside from the hot dog, we had also ordered curly fries that came in the form of a humongous mound. Appetizing in theory, the fries were beyond cold and, unfortunately, the entire bottom layer appeared to still be frozen.

But of course I couldn’t leave without trying some deep fried Oreos. I had been wanting to try this since last summer’s Orange County Fair but had never been able to go, and these did not disappoint. Deep fried and topped with powdered sugar, whipped cream and chocolate syrup, it was a nearly overwhelmingly sweet bite but somehow managed not to cross the line. They lived up to every one of my expectations and perfectly finished up my night. 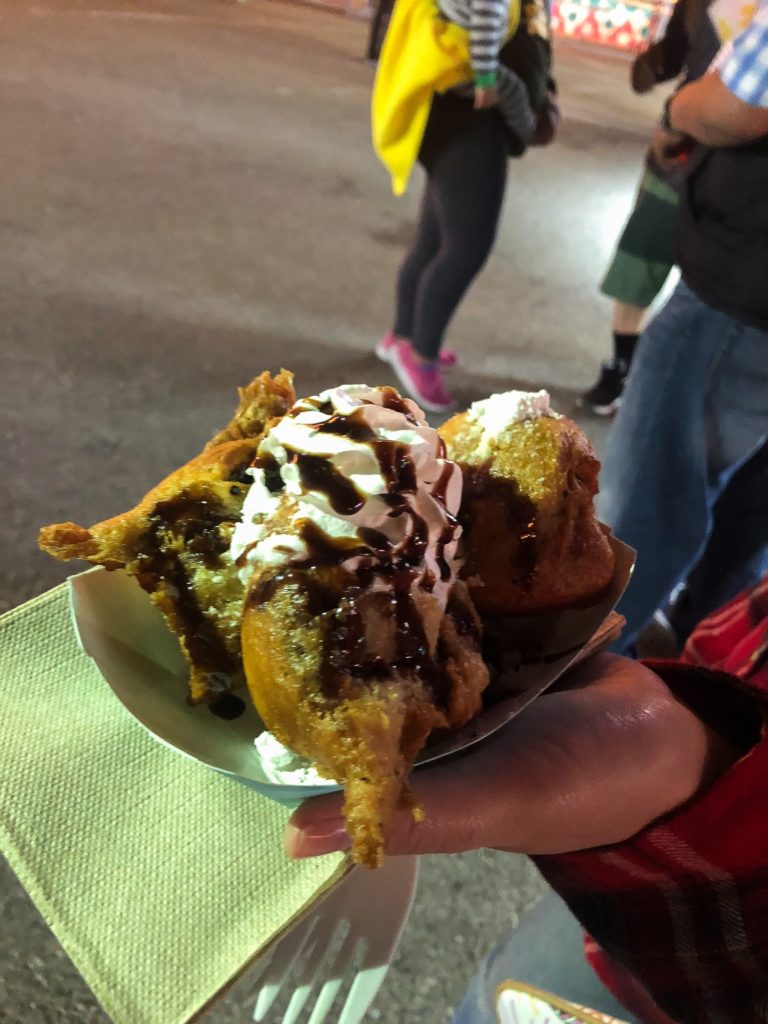 The fair was an enjoyable experience, and even helped me face a few of my fears. I would recommend individuals young and old alike to purchase tickets for next year and take part in the fun.