The Daily Nexus
Fine Arts
Jane Gottlieb’s Colorful World
May 1, 2018 at 9:32 am by Antonio Morales 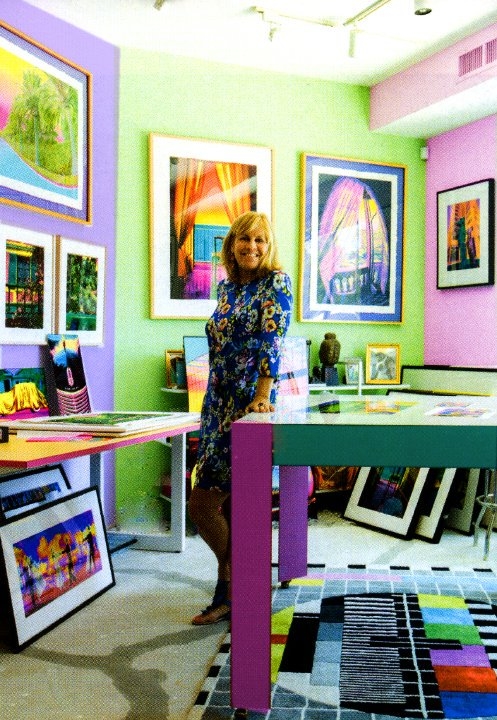 The process of capturing an unforgettable moment lies in the lenses power to convey the emotion which is felt by the photographer. As for someone such as Jane Gottlieb,  a simple photograph will not suffice, seeing as she takes further steps in order to intensify the result. On Thursday evening, April 26, the walls of the AD&A Museum at UCSB were wrapped in some of the glorious works crafted by the hands of Gottlieb as she stood amongst peers, family and students in preparation to give her lecture.

Throughout the discussion many questions arose from those in attendance seeing as her work sparks much curiosity. Unlike many photographs, Gottlieb’s exemplifies some of the complexities of photo taking. Her art is saturated with illuminating colors which pop at first glance. The eccentricity of such radiant elements serve to be symbolic of the emotions which surge through the moments which she captures.

The fusion of colors which represent deep sentiments, Gottlieb pushes to draw more attention to them. Gottlieb further explained how one of her pieces is a manifestation of these concepts.

The artist said to the crowd, “This is me trying to recreate the energy which you get when looking down from the Eiffel Tower, which isn’t there, positive energy really.”

Such an idea can come across as being very unusual but Gottlieb does well in proving through her work how the intricacy of adding her unique modifications polish the vision which she has. In her piece titled Eiffel Tower at Dawn, Gottlieb takes an abstract approach where she embedded patterns behind the monumental Eiffel Tower which, in a sense, embody the breathtaking feeling of such a phenomenal view.

Furthermore, Gottlieb explained how the power of using a software such as photoshop allows her to create variations of the same piece. When asked how many copies she had of a specific project she responded, “probably around 40.” Despite there being several emulations of one original piece she clarified that each one remains unique. 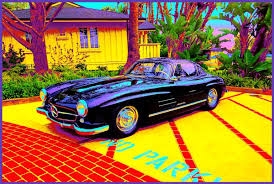 The process which Gottlieb goes through is unorthodox in and of itself.

As she puts it, “Materially they are photographs but contextually it’s a painting.”

The most conventional step in her process is when Gottlieb captures the photo. She shared how for a long period of time she was originally interested in painting and then her passion strayed more towards photography. Her roots in painting are what elicited some of the first pieces Gottlieb created where she would use retouching dye on top of actual printed pieces. After some time she took to introduce introducing some digital elements which allow her to further develop her innovations, through doing so she has adapted an illustrious portfolio of intimate art pieces.

Upon entering the building, booklets which showcase some of her many projects were handed out. The event was geared towards being an exhibition for her art which revolved around France. Nevertheless, through these projects Gottlieb has proven to have an abundance of ideas ready to unleash and color the world with.