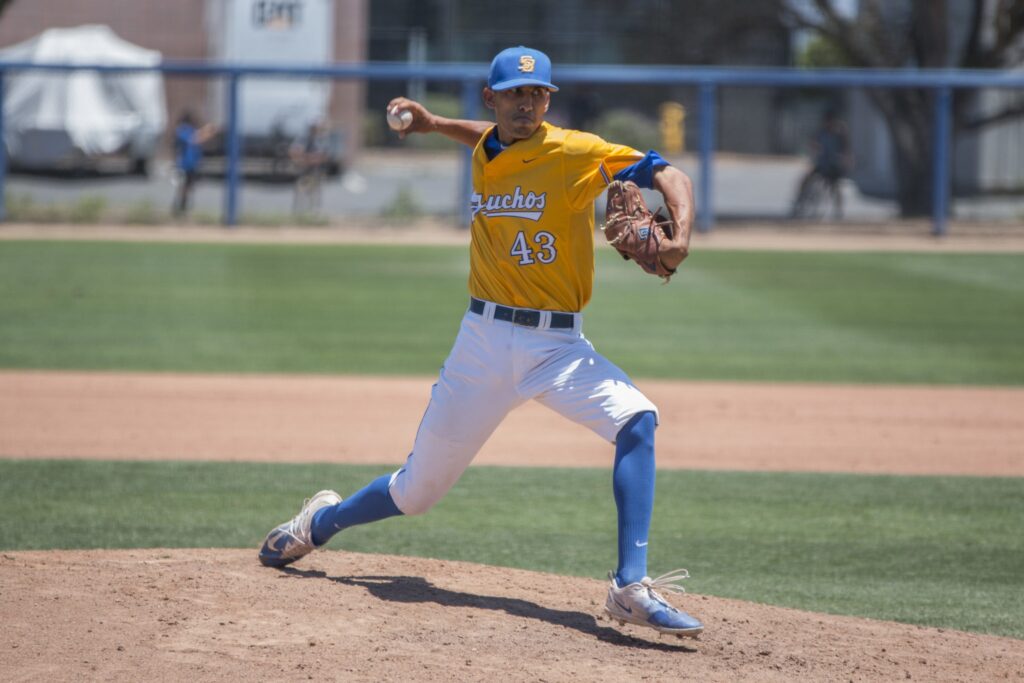 The UC Irvine Anteaters ran away with the final game of the weekend series on their own turf against the UCSB baseball team, teeing off for six runs in the bottom of the fifth inning and taking advantage of excellent starting pitching on their way to a series-clinching 11-1 victory.

UCSB starter Stevie Ledesma was 3-1 headed into the series finale and was able to stay ahead of the Anteaters early on in the match despite giving up a single run in the third inning. UCI junior Matt Reitano came around for the first run of the game after making his way around the bases on a left side single by freshman Brendan Brooks.

Ledesma had more or less recovered an inning after falling behind to UCI, but Reitano would come around the bases early on in the fifth when the catcher hit a long fly ball over the left field fence good for two RBIs. Two more men would reach base and Brendan Brooks would strike again, hitting his second single of the game scoring one from second base.

Senior Ryan Fitzpatrick would come to the plate and add two more RBIs to his already team-leading total on the season with his own bases-clearing triple.

Nick Anderson would hit a sacrifice fly that would bring Fitzpatrick home and Ledesma would be pulled from the game a batter later. Ledesma’s outing on the mound was done over 4.2 innings pitched, seven hits, four earned runs and five strikeouts.

By the end of the fifth, the Anteaters were comfortably ahead thanks to their six run explosion midway through the game increasing their lead to 7-0.

The Eaters’ starter for the game was freshman Trenton Denholm who was cruising throughout the entire game, keeping the Gauchos hitless and scoreless after six innings of work. Denholm was able to comfortably work his way through the lineup solidly in control, striking out batters when he wasn’t getting the Gauchos to hit into his waiting defense.

UCSB junior Sam Cohen would break Denholm’s hitless streak with a single to right field, putting men on first and second after sophomore Eric Yang reached first getting hit by a pitch. ‘

The sophomore would cross the plate on a Denholm wild pitch which would be the only run the Gauchos could muster in the match, unable to match the nine-run effort given a game previously.

The Anteaters would win the game 11-1, after tacking on two more runs in the sixth and eighth innings. Brendan Brooks finished the game leading everyone in RBIs with four and tying with senior Parker Coss in Anteaters hits with three.

The entire home team showed up at the plate and UCI was able to enjoy their second victory scoring ten runs or more in the series. The stellar pitching from Denholm only made the win that much more sweeter for Head Coach Mike Gillespie who couldn’t have asked for a better Sunday game of baseball from his team.

The Gauchos will look to regroup in Los Angeles as they continue on with their seven game road trip and hope to escape with a positive record, despite starting out 1-2.

The Gauchos will play the University of Southern California Trojans on Tuesday, April 16 at 6 PM PST.