The Daily Nexus
Music
The Friday Review: My Dear Melancholy by The Weeknd
April 13, 2018 at 8:00 am by Neha Makkapati 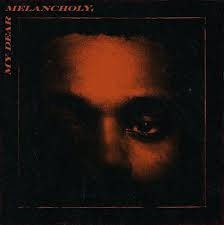 Over the last decade or so, The Weeknd has consistently combined genres of music and produced creative tracks that proves his growing originality. On the six-track, My Dear Melancholy, The Weeknd continues to innovate while producing numbing, cathartic post-break-up music that reflects a new style of R&B.

The Weeknd, born Abel Tesfaye, began his musical journey in 2011 with his mixtape House of Balloons and since then, has broken numerous boundaries within the R&B genre. While categorized as an R&B and pop singer, he managed to create his own niche with a slower, darker, and sensual version of the styles, while attaching his soulful, smooth voice to the sounds. Even though it’s been labeled reminiscent of Michael Jackson’s style, The Weeknd’s high pitch smooth tone defies traditional pop music.

My Dear Melancholy is centered around a very somber theme, which is indicated by the title itself.

The Weeknd vocalizes his heartbreak, regret, and passion with a past lover and continues to display this through his pessimism filled with emotion as he says, “I’ma drink the pain away, I’ll be back to my old ways.”

While many listeners acknowledge that the album may be a response to his ended relationship with fellow pop star Selena Gomez, the break up has brought back The Weeknd’s original grim sound as he once again employs the dark tone he became famous for.

The EP narrates The Weeknd’s journey after his ended relationship, starting with “Call out my Name,” a stand out track on which he hurtfully and angrily reminisces, the numbing pain palpable through the lyrics. “Hurt You” slightly varies from this musically as it incorporates a more pop and a dancing feeling, similar to songs on Starboy. While The Weeknd starts the album very regretful of being there for his past lover, he continues to say she was a large piece of his life. “Wasted Times” includes very similar sounds and style as Trilogy, however with an alteration in production lacking the same alternative rock edge. Similarly, closing song “Privilege” sounds like it was pulled straight from Trilogy with soft vocals and lyrics that are simultaneously sensual and painful.

This track seems to be his attempt at creating peace within himself, as he even says “let’s try to end it with a smile.”

The work as a whole seems to reflect his inner quarrel between grief and love, as he finally settles with his emotions.

The Weeknd’s most recent albums, Kiss Land, Starboy and Beauty Behind the Madness, deviate from his original music, but My Dear Melancholyseems to combine the many different sounds of these albums. The project is consistent with the Weeknd’s original introspectiveness, and also brings back the original Abel that fans loved. Maybe My Dear Melancholy is The Weeknd’s attempt at returning to his most loved Trilogy production, or maybe he’s moving toward a new direction that continues to combine pop, alternative rock, and R&B — only the next album will tell.