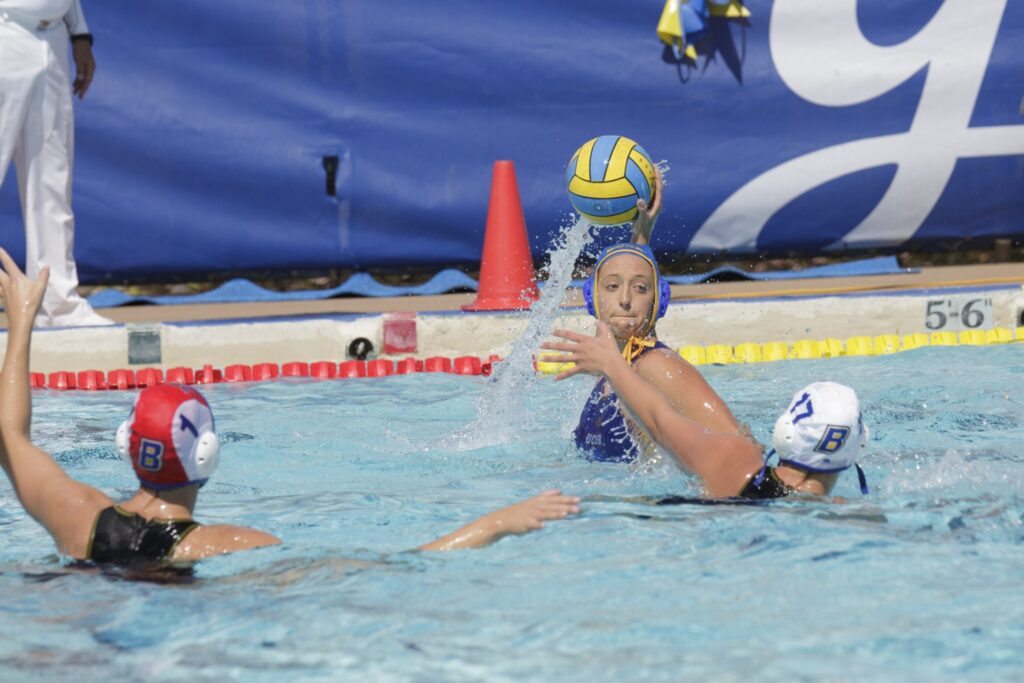 Losers of three of their past four games, the No. 17 UCSB women’s water polo team continues conference play this weekend with a matchup against No. 19 Cal State Northridge in Santa Barbara on Saturday.

Santa Barbara comes into this game with an 11-3 overall, 0-2 conference record, with a loss in their most recent game against No. 7 UC Irvine by a score of 7-2. Sophomore utility Sarah Snyder led the way with two goals for the ‘Chos with one coming off of an assist from freshman attacker Mollie Simmons.

Cal State Northridge, currently 15-13 overall, has been on a hot streak as of late, winning four of its past six games by an average margin of nine goals.

Two key players for CSUN during this stretch have been seniors Madeleine Sanchez and Niki Van Vugt.

Sanchez leads the Matadors offense with 45 goals, which is the second highest tally in the Big West so far. The attacker has done a great job of sharing the ball as well, notching 30 assists, which puts her in the top five in the conference. Van Vugt has been one of the best goalkeepers in the conference so far, actually leading the Big West in saves with 163.

The Matadors are fresh off a heartbreaking loss against No. 14 Long Beach State where they lost in overtime by a score of 10-8. Senior attacker Katelyn Fairchild netted a hat trick, giving her 42 goals on the year while Vugt had 14 saves on the day.

UCSB will be looking to overcome the offensive struggles they’ve dealt with over the last two games. They have scored an average of just two goals per contest, far below their season average of nine.

In order to regain their momentum, the Gauchos will depend on utility players Kate Pipkin and Snyder to create more opportunities to score, whether it be for their teammates or for themselves.

Pipkin in particular has had a knack for setting up her teammates with opportunities to find the back of the net. She currently leads the team with 29 assists and is on pace for the best offensive season of her UCSB career.

“She is definitely someone on our team, whether she is scoring or assisting the ball, that has a hand on every play,” Head Coach Serela Kay said.

Despite UCSB’s current losing streak, the ‘Chos continue to maintain a positive attitude with just three games remaining before the Big West Tournament.

“This is always an exciting time because it is the finale,” Kay explained. “For us, we have to just play and realize that this is the end of the process. Now, it’s time to play and execute.”

One bright spot so far for the Gauchos has been the play of freshman goalkeeper Becca Buck and sophomore goalkeeper Kenzi Snyder, who have shared time in front of the cage for the past three games.

The dynamic duo has averaged 11 saves per game together and will look to continue their success this weekend.

“They have both been doing a nice job,” Kay stated. “Kenzi Snyder has started every game for us and sets the tone and Becca Buck, as a freshman, has done a nice job of settling in as well.”

UCSB will look to take advantage of three straight home games, which they hope will lift their level of play.

“We love playing at home,” Kay said. “The community comes out and supports us really well. I know the team will really feel that energy and rally around that.”

Santa Barbara will look to get back on track this weekend in Santa Barbara on April 7 as they face a red-hot Matador squad at 12 p.m.