The Daily Nexus
Student Gov
UCen Project Will Be on A.S. Elections Ballot
March 18, 2018 at 8:16 pm by Evelyn Spence 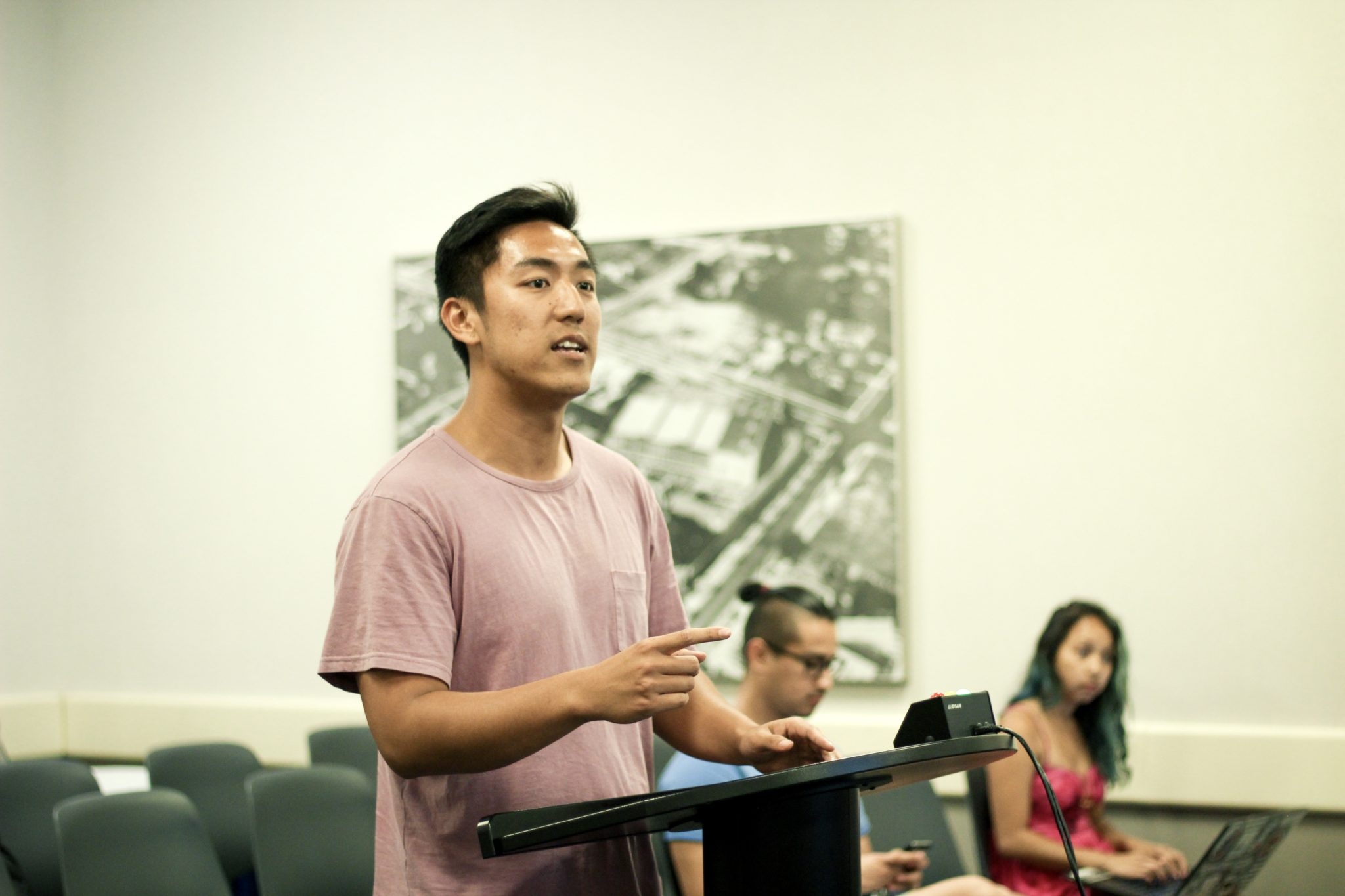 The University Center Renovation Project will be on the Associated Students spring elections ballot, according to A.S. President Hieu Le, who has been petitioning to get the project on the ballot over the past three weeks.

Approximately 3,500 undergraduate students signed the petition, according to Le. In order to get the project on the ballot, Le needed to collect 3,116 signatures by the March 16 deadline.

“[The number] is well above the mark that we needed to be, which only shows that there is a lot of enthusiasm and a lot of support from the campus, from the student body, around this proposal,” Le said.

The project, a collaboration between A.S., the Division of Student Affairs and the University Center (UCen) Governance Board, was introduced as a resolution to the A.S. Senate during a Jan. 31 Senate meeting, where it was tabled indefinitely.

Senate passed a second resolution later than night, affirming support for the project. Le and volunteers began petitioning the ballot during the week of Feb. 26.

“We’ve been able to hear what [students’] concerns are about their day to day issues, but at the same time we’ve been able to present this exciting and thrilling opportunity for students to consider voting for the UCen renovation expansion,” Le said.

A.S. Elections Board and career staff members involved in the elections process verified the number of signatures and student perm numbers to make sure that each is valid, according to Le.

“In our process we’ve been very diligent in the educational process in ensuring that students are informed about the issue, about the benefits and also what it would cost, and what the investment would be,” he said.

Le said he and others who gathered signatures were “transparent” when petitioning to students.

“Our process holds the highest standards of integrity,” he said.

The petition outlines a need for a 24-hour study space, an innovation laboratory, a health and wellness center, additional Campus Learning Assistance Services (CLAS) classrooms, expanded mental health peer counseling for Counseling and Psychological Services (C.A.P.S.), the expansion of the A.S. Food Bank, a campus pub and infrastructure upgrades for the UCen.

“When we think of facilities such as the [Student Resource Building], or the [Recreation Center], facilities financed primarily by student investment dollars, it was students 10, 20, 30 years ago who decided to make this happen for us today, for us to have access to those resources,” Le said.

The project needs 50 percent + 1 “yes” votes for it to be implemented.

If students vote in favor of the project, a $21.42 quarterly fee will be added to student fees until Fall 2022. Between fall 2022 and fall 2052, an additional $99.61 a quarter will be added to the fees, though that cost will progressively increase each year to match inflation.

If passed, construction on the project will be completed by fall 2022. Additional fees will continue until 2052, according to the petition.

Officials initially stated that the renovation would cost $48 million, but students would pay more to fund the project.

“I think this is something that each student will have to weigh themselves and see whether or not this is needed for our campus,” Le said. “But I myself am very supportive, and I’m supportive of the right for student autonomy to decide for themselves whether this should proceed or not.”

You only attend UCSB for what? 4? 5? Maybe 6 years? Awesome. But the debt coming out… it lasts forever.