A first-year UC Santa Barbara student died on March 9 in a motorcycle accident outside Isla Vista. He was 18 years old. 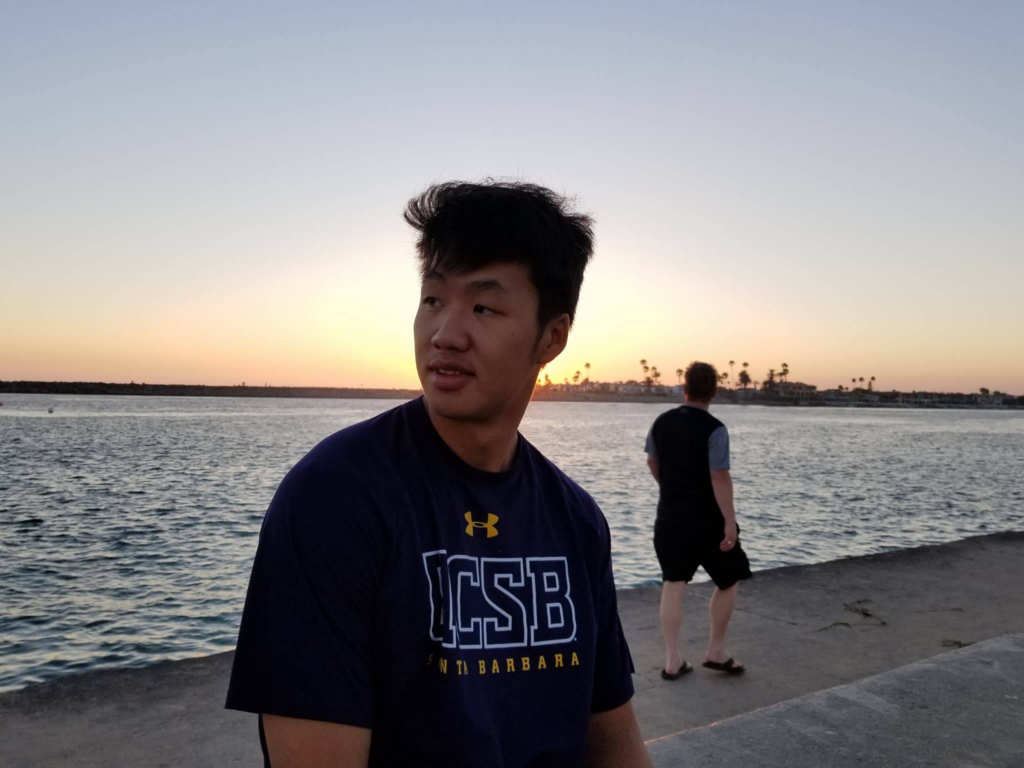 James Lu was born on April 6, 1999.  Lu began school at UCSB in the fall of 2017 as a biology major with the hopes of becoming a surgeon or doctor.

Friends described Lu as gentle, caring and always willing to help others. Lu spent much of his time volunteering, including through beach clean-ups and music lessons in the community.

An avid musician, Lu played the french horn in the Woodbridge High School marching band in Irvine, California. Lu also liked to play piano, baseball and work out with friends, often motivating them to exercise harder.

Alyssa Sanjongio became friends with Lu when the two played the french horn in their middle and high school band. Friends would often call Lu the “ride guy” because he was always willing to give someone a ride in his car if they needed to go somewhere.

Sanjongio described Lu as “iconic” and well-liked, reflecting on when Lu was crowned king of the Winter Formal and the multiple times Lu would fall asleep in class in high school.

She says that Lu’s death has brought many of their high school friends together in a way only Lu could.

“Even though it’s really horrible, it’s still like this new sense of connection and strength among all the people that he touched in his life, which is really amazing,” she said.

Many of Lu’s friends from high school, including Sanjongio, also attended UCSB. Nathan Ng, a high school and college friend, echoed Sanjongio’s sentiments about Lu, adding that Lu approached everyone with a kindness and humility that is hard to find.

“He went out of his way to help people, whether it was people in his normal social group or just people in general. He was very open to seeing how everyone was doing and I greatly respect that,” Ng said.

Lu was a present and constant part of his friends’ lives, said Eric Kim, a longtime friend of Lu’s and one of his roommates in Santa Cruz Residence Hall.

“I’ve known him for a long time, [and] I always expect his presence,” Kim said. “I’ve gotten used to him.”

Lu was also enjoying his time at UCSB, Kim said, adding that Lu was excited to attend the university last summer.

“It exceeded expectations when he got here, he was really having a good time, even when he had a lot of work or classes,” Kim said.

Malcolm Tsay met Lu in middle school and said Lu was “like a brother” to him.

“He was just the most helpful person ever,” Tsay said. “He always put other people first. You could talk to him about anything [and] he opened up his heart to everyone.”

Tsay set up a GoFundMe for Lu’s funeral and has raised over $13,000 so far. He said he wanted to give something back to Lu and help out his family.

Lu was a leader, Tsay said, and someone he could look to for guidance, whether it be for music or life advice.

“This year, I’m drum major of the marching band, and I wouldn’t have those leadership skills without the interactions I’ve shared with James and the advice he’s given me throughout the years,” Tsay said.

Another band friend, Aziz Hamza, said he continued to stay in contact with Lu at UCSB to see how he was adjusting to college life.

Hamza described Lu as dedicated and having a “relaxed presence.”

“He’d always be laughing, like, whatever conversation he would be having, it would be something humorous,” Hamza said.

Many of Lu’s friends noted that Lu was on his way to teach piano to children on the day he died. They said it was a testament to Lu’s selflessness and generosity.

“That just sums up his intentions in life. He wanted to help people he wanted to make a difference in the world,” Ng said.

“‘Till the very end, he was helping others and using his ability and helping teach other people,” Kim added.

Ng said he wants Lu to be remembered as someone who always encouraged others to try their best and put their needs before his own.

“He opened my eyes to being optimistic in this world and doing your best,” Ng said. “Going through this grief of losing him, I’m getting stronger everyday, and I always feel like he’s still watching me. He’s the kind of person you should want to model yourself after.”

Lu’s funeral will be held at Pacific View Memorial Park in Corona Del Mar on Sunday, March 18, at 2 p.m.

The whole UCSB community supports him.

Rest in peace, such a wonderful human being our prayers are with the family. May God give u streght in this difficult time.