Three and a half years ago, I became a vegetarian. This was for various reasons, and for the most part it did not affect my life too drastically. Before becoming a vegetarian, I did not eat very much meat, as I was mostly eating dining commons ‘food’ that didn’t always offer the tastiest meat options. 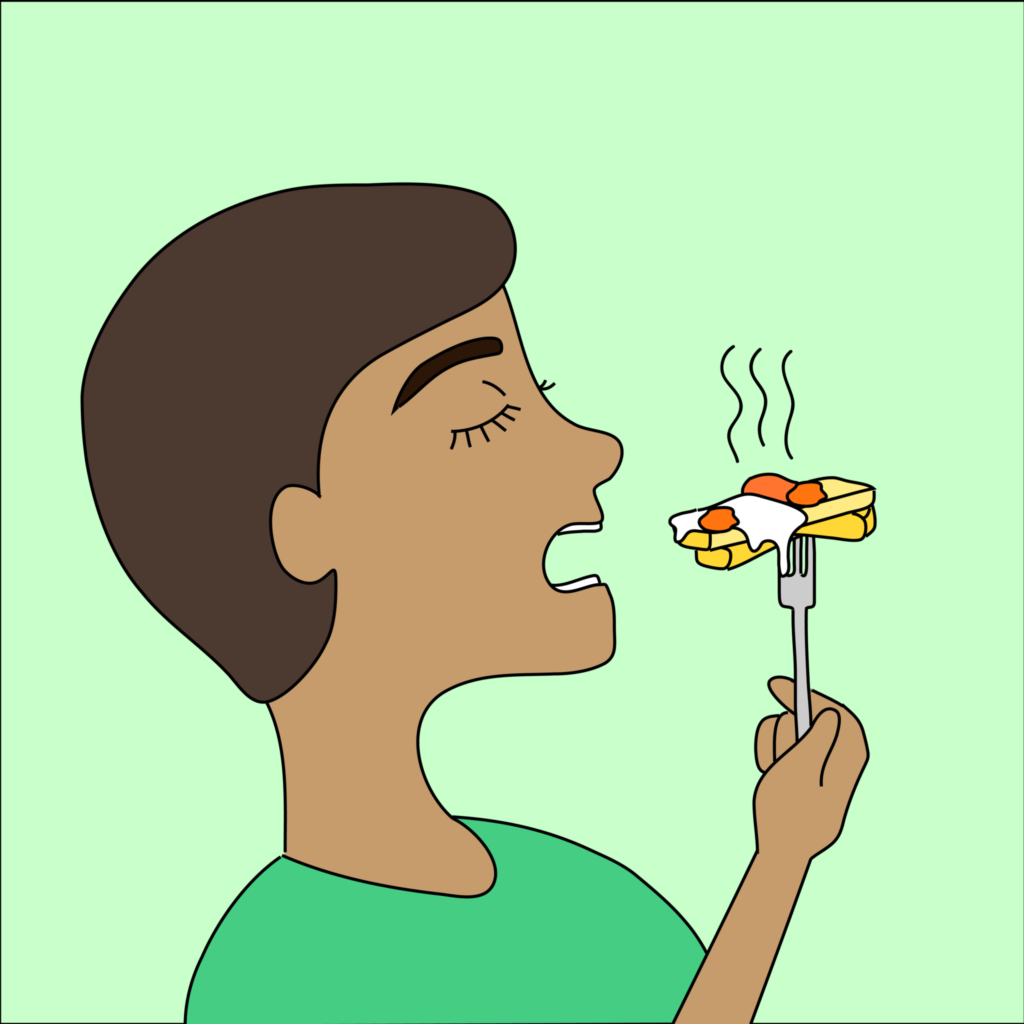 Eventually, considering the fact that I am also lactose-intolerant, I decided to go for it and try to be vegan. This also was not a huge move for me because I do not like eggs and wanted to avoid desserts because, well, the Freshman 30 (yes, 30 in my case). This, too, did not limit me much, as I am pretty creative when it comes to food combos and work in a dining commons where there are plenty of options. I never tried to follow the vegan diet 100 percent because sometimes you just need a blueberry muffin. But for the most part, I have avoided animal products in most meals for the last couple of years.

As I started my senior year, I realized something important: I have never had the coveted Buffalo Chicken Cheese Fries, nor have I ever had a burrito from FreeBirds or tacos from literally anywhere else in the area. After being asked by a friend about my senior year bucket list, I decided that my UCSB experience would not be complete unless I had tried all of the Isla Vista favorites. This, of course, meant eating meat, so I knew that my body would have to become used to digesting animal products.

Over Valentine’s weekend, I went back home to the Bay to visit my boyfriend and decided that I might as well start my transition by ordering chicken enchiladas from my favorite Mexican restaurant. On Feb. 16, 2018 at approximately 8 p.m., I ate meat for the first time in three and a half years. Everything seemed perfect: the music, the decor, the woman who always walks around trying to sell flowers in the restaurant…. And then the moment came. I had ordered my enchiladas, sin queso por supuesto, and they were sitting there staring back at me begging to be eaten. I announced “Okay, Javi, here goes nothing,” and took my first bite. The taste was excruciatingly, inevitably, excitingly… nothing special. They tasted exactly how I expected; they were tasty, but honestly not much tastier than the potato enchiladas I had at Portola the same week. I gobbled them up nonetheless and pondered margarita choices. Within 30 minutes, they started fighting my stomach. I had heard before that some people have an easy transition to eating meat for the first time, but I have also heard of people who have become very sick from it.

I, unfortunately, am now one of those people. My stomach was in knots for almost 24 hours, and I was sure that I would vomit if I wasn’t careful. The nausea kept me awake, and I was in and out of the restroom all of the following day. Needless to say, it was an unsuccessful mission, and I concluded that I can never eat meat again.

On the upside, I recently saw an amazing discovery on a friend’s snap-story: vegan buffalo chicken fries! At this point, my attempt to eat meat may have been for nothing but an article (#doitforthedailynexus), but my Isla Vista experience still has potential to be completed.

You can get vegan burritos at Freebirds and they are delicious!

i’M a VeGetaRiAn. OmG, iT’s OpPrEsSiVe HoW tHe CoLleGe eXpErIeNcE iS mEat oNly!!!!

Good good, there’s always Green Mondays for you at the dining commons.