The Daily Nexus
Music
Tyler, The Creator Gets Honest with UCSB
March 13, 2018 at 2:29 pm by William Emmons 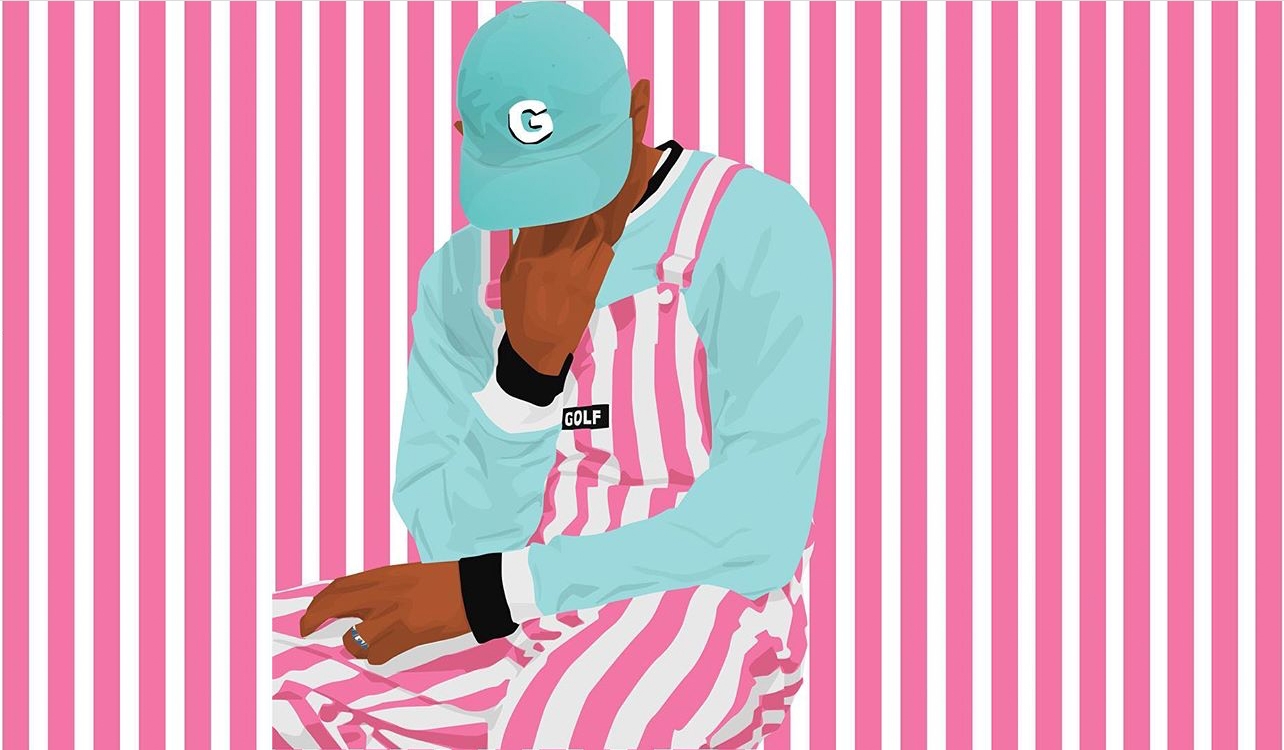 There’s something peculiar about Tyler, The Creator’s ability to totally encapsulate a generation in everything he does. Tyler’s rise to stardom happened both gradually and all at once. The rapper was headlining shows at the age of 18 and hasn’t stopped climbing through the ranks of the art world since. Now, Tyler has Grammy nominations, radio play time, a Vice series and multiple Adult Swim shows under his belt. Last Friday, the artist sat down with Terence Keel of UCSB’s History and Black Studies Departments to discuss his craft in a conversation organized by A.S. Program Board.

When the doors opened, attendees ran, not walked, into the empty rows of seats that inhabit Campbell Hall as a playlist full of King Krule and N.E.R.D played in the background. At 8 p.m., Keel took the stage.

“We’re not here to talk to me. We’re here to have a conversation with one of the most creative geniuses of your generation, Tyler, The Creator,” he said.

After an expositional summarization of the artist’s career, Keel introduced Tyler to the stage.

“Wassup,” Tyler muttered as he was met with a wave of enthusiastic applause. “Imma be honest, I don’t know what the fuck I’m doing here. I legit don’t know what I’m about to talk about, but I had nothing else to do so I agreed to do this shit.”

From the moment Tyler stepped onto the stage, he grasped the full attention of the anxiously adrenalized audience. Dressed in an outfit he deemed similar to that of a “fucking Nigerian immigrant,” Tyler sat with his linen-cloaked legs criss-crossed on the loveseat resting at center stage.

Keel began by wishing Tyler a happy belated birthday. And, as one would expect, profanities flowed ubiquitously from the rapper’s speech.

The discussion commenced awkwardly — it took some time for Tyler to seem like he was comfortable with the event.

The task of interviewing Tyler appears daunting from the outside. Any slip up was promptly brought to the attention of the hundreds of college students in attendance. Tyler was not afraid to explicitly criticize the interviewer, members of the audience or even the event itself throughout the duration of the evening.

Keel once referred to Tyler’s recent album, Flower Boy, as “Flower Child” in a question.

The audience fell silent for a brief moment until Tyler interrupted Keel’s question with a raspy chuckle, exclaiming, “N*gga, you crazy!”

The crowd reciprocated with laughter as Tyler continued to tease Keel.

“This n*gga said it with so much confidence,” he joked.

Keel rolled with the punches, although, laughing along with the audience.

If there’s something you need in the presence of Tyler, it’s thick skin.

The two discussed Tyler’s recent tour with Vince Staples. Keel asked him how this latest tour has compared to early Odd Future tours.

“The bus is clean,” Tyler noted. “It don’t smell like backwoods and dick.”

The artist explained the progression of his live concerts and the process of improving his stage production and performance quality with each show. He said he began making alternate versions of particular songs for his tour dates.

Keel asked Tyler when he knew he was going to be a star, to which the rapper remarked, “Oh man, I always knew I was gonna be a star,” the audience laughed. “My kindergarten graduation, I hosted it. Seriously, it was fuckin’ tight.”

Tyler explained that he was always an annoying class clown, but that he was also into music since a young age, laying the foundation for an ever-expanding infatuation with sound.

The artist later commented on the routineness of everyday life and the cyclical comfortability of becoming weighed down by monotonous tasks.

“You go to school. You graduate, what, 22? You have a diploma. You either get a job or use your diploma and become an intern or something, and something works out. Then, oh, cool, you have a cool job. Then you meet someone … Fuck it, we’re getting old, let’s fuck and get married,” he said. “Then you turn 43 and you’ve got a little bread and then, fuck, I missed out on my youth. And that’s when you see older dudes buying Harley Davidsons.” 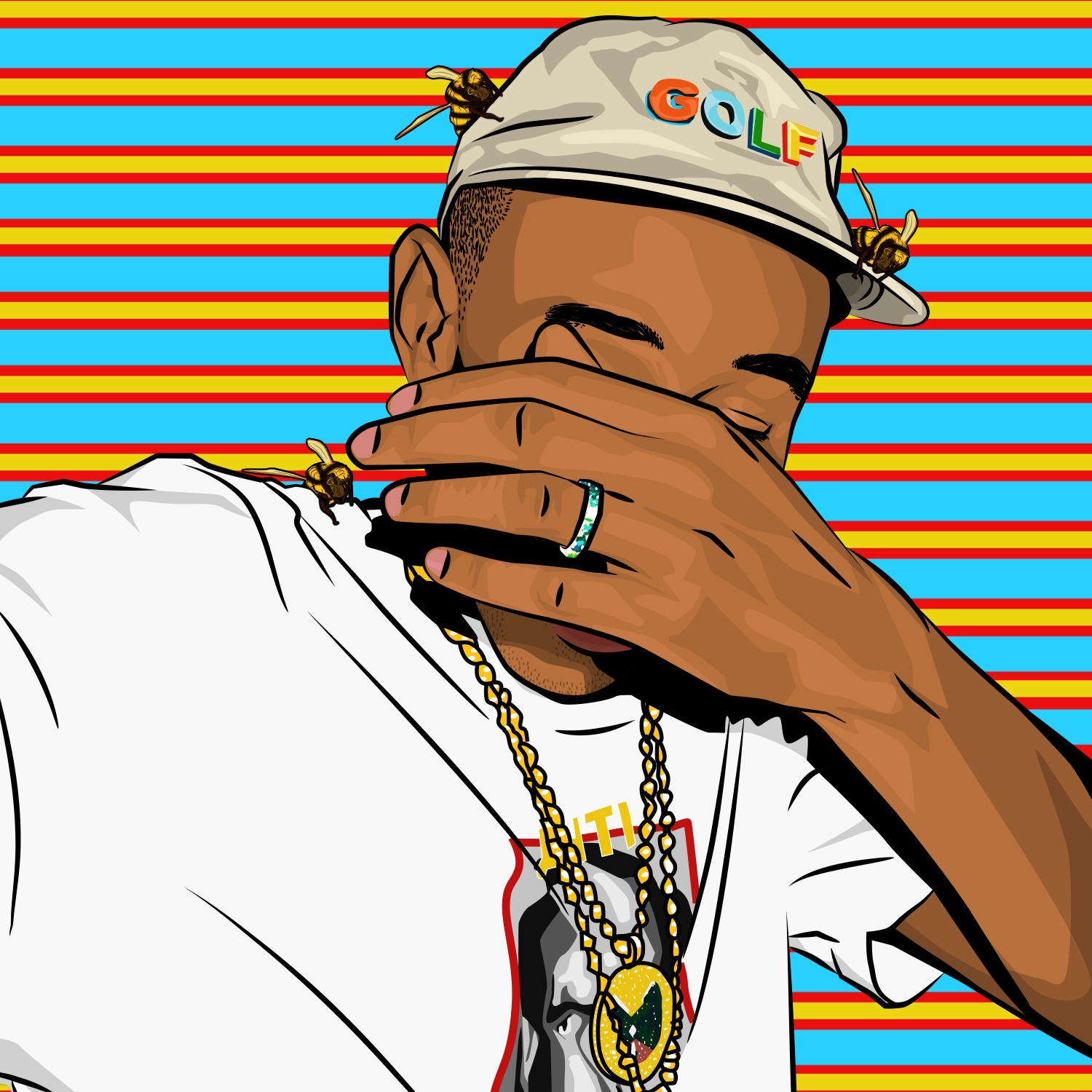 Keel began asking another question, but Tyler was turned around, staring at the large, projected Petra Collins portrait of himself.

Keel paused and Tyler said, “That is a gorgeous n*gga, bro!”

The interview then resumed.

Keel asked Tyler how his Viceland show “Nuts and Bolts” came to fruition, and Tyler commented, “I was supposed to do an interview with a Klan member in 2015.”

Tyler said he wanted to talk with the man about his interests, like what music and movies he’s into. The interview didn’t work out, however, so Tyler just spoke on film about the last music video he made. The end product of this video was called “Nuts and Bolts.” After three more videos under that moniker, Tyler and his team decided to propose it as an actual television show, and thus, Tyler landed a series on Vice.

In his last question, Keel asked Tyler what advice he has to offer to those in attendance.

“I mean, that question is, like, next level vague, dude,” Tyler responded. He went on, “Also, that’s a lesson too: be so specific with shit you want … You’ll notice that people who are really successful know exactly what they want.” 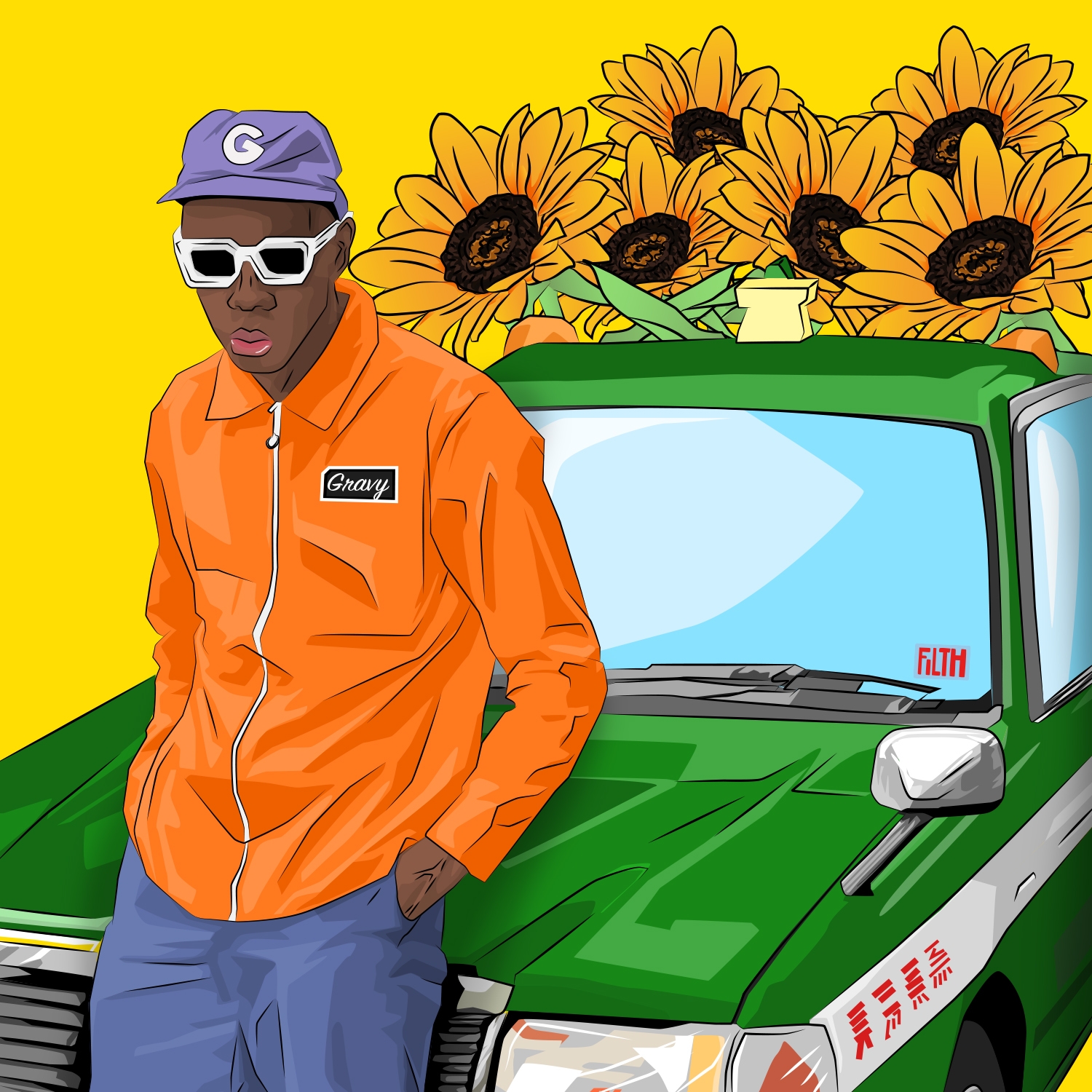 A student Q&A period followed the interview. The rapper gave genuine, thoughtful responses to each question, often delving into some obscure tangential anecdote in great detail.

Ivan Gonzalez, a second-year hydrological sciences major asked, “At what point did you realize you had created a multifaceted empire? Having influences in music, art and fashion. Did you intend on building this empire from the start? Or were you just going for the ride?”

Tyler replied, “Both.” He explained that his diminutive attention span is what ultimately led him to have influence in so many creative spaces. He’ll be working on something and see another thing he’s interested in so he’ll drop everything to go pursue that new thing. With time, Tyler ended up with a number of passions that he has explored over the course of his career.

This rant eventually ended with Tyler screaming, “Respect me, bitch!”

The rapper let several more attendees ask him questions following the pre-selected students. In all, Tyler ended up fielding over a dozen questions from students in attendance, making the Q&A period just as long as his interview with Keel. The artist even stayed on stage afterward to meet fans.

Tyler has a distinct ability to articulate his thoughts in a simple and direct fashion. His insight often comes off as comedic in nature, but there is certainly a wealth of meaning to what he has to say. There’s something unique about simultaneously entertaining a crowd and elucidating knowledge in a live, extemporaneous setting.

There are a lot of things to be learned from Tyler, The Creator’s discussion with Terence Keel, but one thing is for certain: Tyler subscribes to no labels. He’s not an anarchist, he’s not an anti-popstar and he’s not a polymath — he’s Tyler.

All art featured in this article is courtesy of Jorge Olazaba, @artoffilth on Instagram.