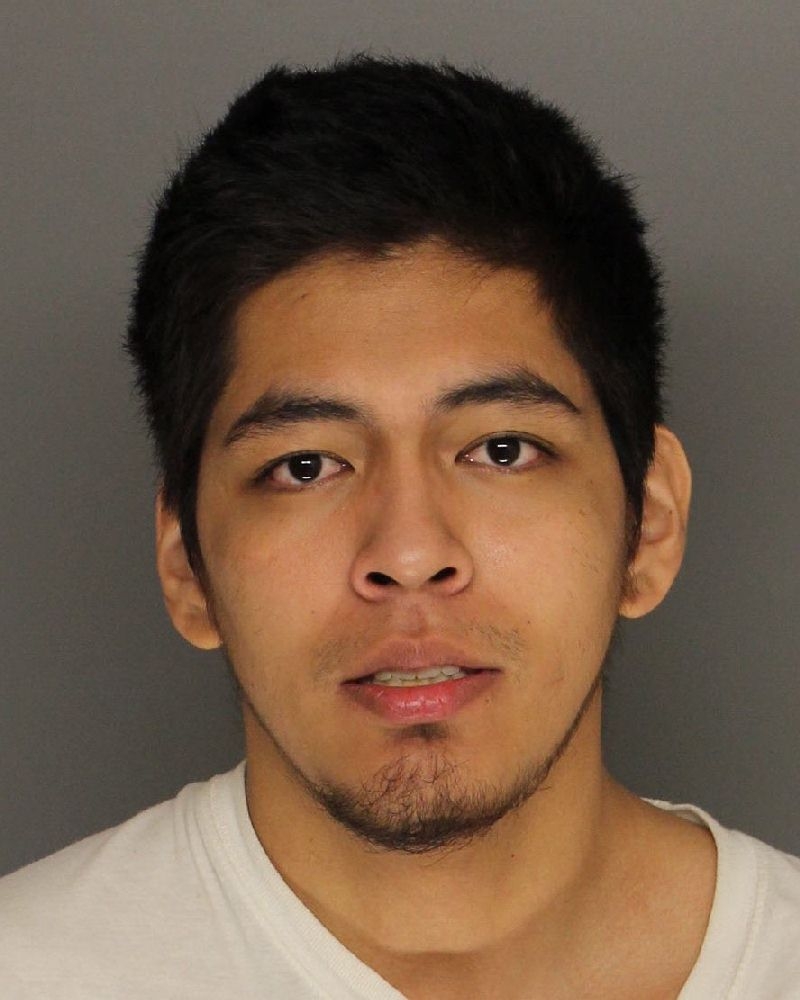 Detectives first arrested 24-year-old Edward Caceres after they found evidence linking him to the overdoses, according to a press release from the Santa Barbara Sheriff’s Office (SBSO). Caceres was on probation for drug-related offenses.

Nine I.V. residents were transported to the hospital on March 1 after showing symptoms of drug overdoses. The victims ingested alcohol and “Oxycontin,” a prescription pain reliever, according to the press release. No “Oxycontin” pills were found at Cac

Detectives conducted a probation search of Caceres’ home on the 6500 block of Trigo Road on March 6, where they found over a pound of processed marijuana and approximately 185 Xanax pills. According to SBSO Spokesperson Kelly Hoover, no “Oxycontin” or blue pills were found in the residence.

Caceres was found hiding inside the residence. His roommate, 23-year-old Omar Coulibaly, was also detained, but no evidence was found connecting him to the nine overdoses, according to SBSO.

Detectives were able to find evidence showing that Caceres was responsible for selling controlled narcotics to the nine residents who overdosed.

Coulibaly told the Nexus that neither residents have any affiliation with the overdoses.

“Our house was violated, our name is actually being drug through the mud right now, because we have no idea who those kids were that overdosed,” he said. “I feel bad for those kids but we had nothing to do with it, they didn’t find anything in our house that was blue or a blue pill that anyone would have overdosed on themselves.”

He also said that neither of them are facing any charges relating to the overdoses.

“The cops abused their power in the situation,” Coulibaly said. “They came to our house, they tried to intimidate me.”

Detectives are investigating whether there are any other cases involving Caceres. Anyone with relevant information is urged to call 805-681-4150.

The neighborhood Good Time Charlies helping idiots meet their goal of “black out or back out” once again! Anybody know if these clowns are SBCC’s out of district best & brightest?

24 and 23? These guys should have their (4-year) degrees and full time jobs at this point in their lives.

is drug dealing not a full time job to u

Drug dealing is their full time job and they are probably graduates of the world renowned SBCC “Business” program. Here’s how the program works. You enroll at SBCC so you have an excuse to move to IV. You then take a maximum of 1 class per semester or take multiple semesters off so you have plenty of time to start your drug business and gain hands on experience. After 4-5 years of doing this, you completely drop out of SBCC and transition to a full time career of selling drugs in IV. It’s a great program and it has a… Read more »

According to localcrimenews.com, caceres has been arrested 11 times and this makes arrest #4 for omar. really upstanding citizens if you ask me. both came here from maryland, unclear of any school affiliation but my gut tells me they aren’t the scholarly type

Found their profiles on facebook, seems in Maryland they lived 3 miles from each other. The ties that bind… Drugs, bringing the races together in blissful harmony. Can I get an Amen?!

I think you are thinking of the Elliot Rodger incident.

The parents of the victims should have serious conversations with their sons about how they are spending their formative College years/ more than likely NOT their own money on living expenses and tuition. That landlord did not encourage anyone to go buy drugs or ingest them. Please remind yourself that most of us have to take 100% ownership for the decisions we make, sans lawsuits.

Yeah, yeah, yeah & jails are full of innocent people they tell us. I guess 2 more “innocents” just checked in at the Graybar Extended Stay Inn.

one of them is already out idiot might actually wanna read the article what’s surprising to me is the cops linked these two to oxycontin overdoses after finding Xanax and marijuana seems a bit strange to me.

Did you read it? 2nd paragraph says they arrested him after finding evidence he sold the ‘oxy.’ Even if that weren’t the case you really find it strange that cops would find more evidence of drug dealing after arresting a drug dealer? He probably had a bunch of texts on his phone from people asking what the fuck he sold them.

You’re 100% correct. Also factor in that the pillbilly frat dicks ratted them out. They probably got threatened w/ expulsion from UCSB if they didn’t cooperate w/ the cops. TEAMWORK!

Wanna know how it went down? Pretty simple. The guys that od’d, they were deemed a liability to the UC system after their little pillbilly episode, were threatened w/ expulsion from UCSB unless they cooperated w/ the cops as to finding who supplied the oxy. Basically, these 2 scumbums got ratted on by their clients for fear of losing their gig.
As far as 1 “already being out” of the hoosegow, who gives a shit? He was in there & chances are, given the track record, he’ll be back in. Don’t be an idiot, you idiot.

so just a recap they tell exactly how many xanax pills were found and exactly how much weed was there but they couldn’t specify what kind of evidence they found? like i said before IDIOTS innocent until proven guilty.

If only those retarded ucsb student who tool the oxy had died. Wish they did. What a bunch of retards. Yet somehow they’re the victims?LMFAO

what a sad life you must lead, wishing death on people who made a mistake. what we should be hoping for is that they learned a lesson and will use their experience to effect change and speak out about the opioid epidemic the entire country is facing today.

HEY! WTF?! Why’d they take the picture down of Maryland scumbum #2? Omar Coulibaly’s 15 seconds of fame, gone in 15 seconds! MAKE HIM FAMOUS TOO!

not sure how many people have overdosed on marijuana lately retard