The Daily Nexus
News
Decrease in Law Enforcement Expected for Deltopia
March 8, 2018 at 12:01 am by Simren Verma and Katie Wolf

The UC Santa Barbara Police Department plans to decrease law enforcement presence at this year’s Deltopia, which is expected to take place on April 7. 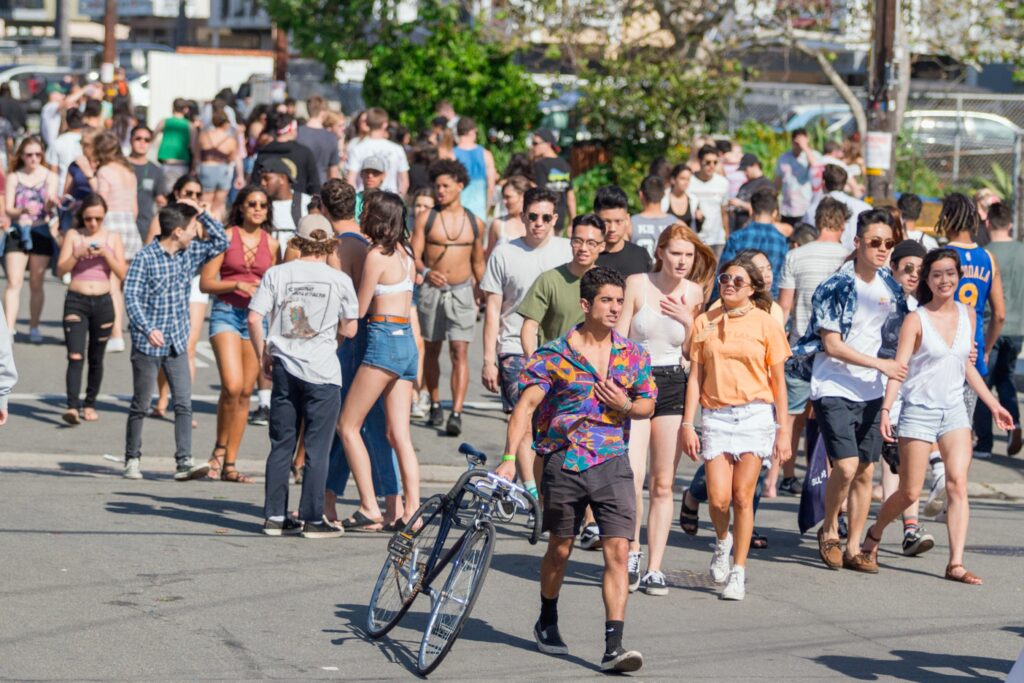 To further enhance safety, the CSD unanimously passed a motion to have CSOs present at the Safety Station near Del Playa Drive on April 7, the day of Deltopia. McLane Brown/Daily Nexus

Lieutenant David Millard from UCPD said he anticipates about a 20 percent decrease in UCPD law enforcement, “depending on what the weekend is looking like.”

Lieutenant Juan Camarena from the Isla Vista Foot Patrol (IVFP) added that the amount of IVFP officers will most likely be similar in numbers to last year; however, they do not plan to bring horses to the event.

UCPD and IVFP plan to closely monitor social media to see if anything is posted about Deltopia weekend plans. What they see could determine the amount of law enforcement they deploy, according to Camarena.

Camarena and Millard also guaranteed that undocumented students will be safe from detainment due to immigration status, and they explained instances in which students will have to present identification to law enforcement.

“We come into contact with people that violate the law, we don’t care about their legal status,” Camarena said. “As long as they provide some type of ID that’s not fake.”

To further enhance safety, the CSD unanimously passed a motion to have CSOs present at the Safety Station near Del Playa Drive on April 7, the day of Deltopia.

Students at the town hall also expressed concerns regarding the amount of fencing put up the weekend of Deltopia, especially the fencing along El Colegio Road.

In response to these complaints, the CSD unanimously passed a motion to direct staff to request that no fencing be installed on El Colegio Road during Deltopia weekend.

Camarena revealed that barricades will be placed on Del Playa Drive and Sabado Tarde Road during the weekend and said any cars that leave that area during the weekend will not be allowed to re-enter due to concerns of cars being vandalized.

The Office of the Executive Vice President of Local Affairs (EVPLA) and the Isla Vista Tenants Union will be advertising for students not to park in those areas by going door-to-door, according to EVPLA Batsheva Labowe-Stoll.

If cars are parked on Del Playa Drive and Sabado Tarde Road, they will not be towed, Camarena said.

A noise ordinance in Isla Vista will be in effect from 6 p.m. to 7 a.m. throughout the weekend of Deltopia, according to Gina Fischer, representative for Third District Supervisor Joan Hartmann.

The CSD released an online survey to ask UCSB students about their plans for Deltopia and their opinions on police presence.

Results from 335 responses revealed that the majority of students were unsatisfied with law enforcement presence during Deltopia last year; however, most students still said they felt safe throughout the weekend.

The survey also revealed that 64 percent of responders discourage their friends from visiting I.V. during Deltopia weekend.

The CSD emphasized that in order for an ideal Deltopia to become a reality, there must be a balance between the students’ desires and the community’s desires in regard to police presence.

Last year, the university spent an estimated $30,000 to $40,000 on advertisements urging visitors to stay away from Isla Vista during Deltopia weekend.

This year, the university expects to spend less on Deltopia ads — specifically, in the $20,000–$30,000 range, according to Andrea Estrada, UCSB director of news and media relations. A final figure will not be determined until after Deltopia weekend.

A version of this article appeared on p. 3 of the March 8 print edition of the Daily Nexus.

LOL! So poor, little Jacob says the fences were “insulting,” “unnecessary” and “intolerable”? Wanna know what’s intolerable? A bunch of stupidly drunk assholes just randomly walking onto El Colegio while staring into their i-Phones to check on the latest stupid drama.
If you hit 1 of those assholes, all suspicion falls on YOU, the motorist & these assholes can actually try to sue you for their stupidity. Nice try, no cigar Jacob