The Daily Nexus
Tennis
UCSB Splits Pair of Matches While on the Road in Arizona
March 4, 2018 at 8:49 pm by Andrew Bishop 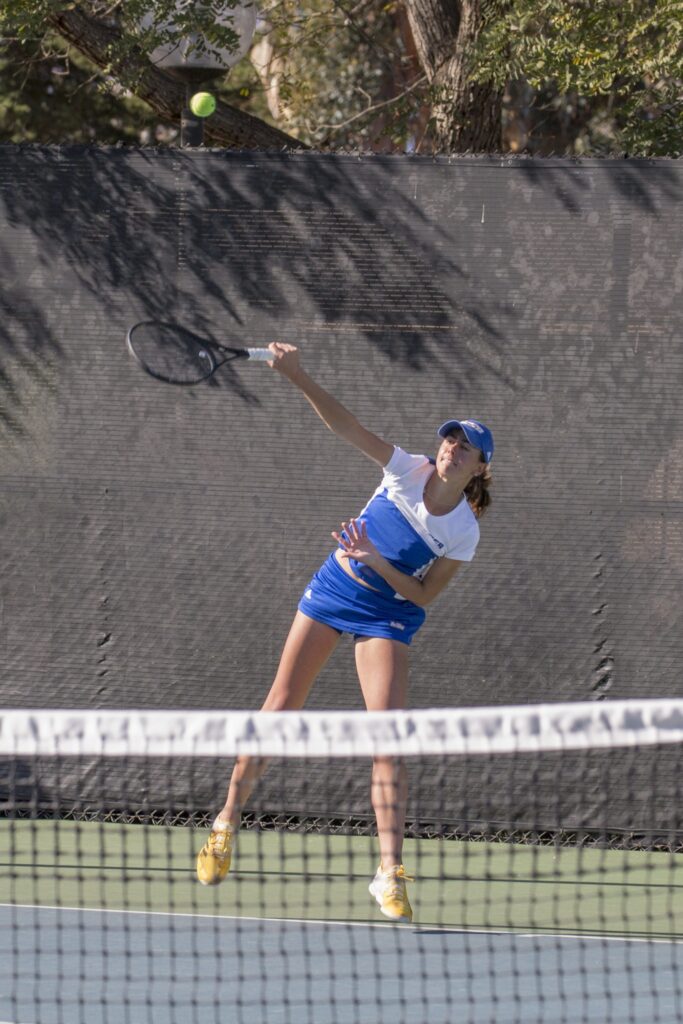 After just two days of rest following a 4-3 loss to SMU, the UCSB women’s tennis team fought through two tough road matches against Arizona and No. 33 Arizona State on Friday and Saturday. Despite having little time off from play, the Gauchos were able to route the Wildcats 4-0 on Friday, before falling 4-0 to the Sun Devils the day after.

The 6-8 Gauchos came to play on Friday, and kicked off their weekend in style with a quick 4-0 shutout of Arizona. The Wildcats had dominated their home courts in the weeks prior to Friday’s match, with just one home loss to No. 49 Houston on Feb. 11. UCSB handed Arizona its second home loss of the season, due to a resurgence in doubles and singles play.

After a shocking lapse in doubles play last Tuesday, the Gauchos bounced back on Friday against the Wildcats, securing an early lead in their first match of the weekend. UCSB’s star No. 57 ranked duo of seniors Natalie Da Silveira and Palina Duvabets were exemplary as usual, defeating Arizona’s duo of freshman Mary Lewis and sophomore Marie Van Aelst 6-2, and extending their doubles win streak to four in-a-row.

Duvabets and Atanasson were quick to add to the Gauchos’ point total in singles play, with two back-to-back wins against the Wildcats. The match point was secured shortly after by Lev Ari, who defeated Arizona’s freshman Gitte Heynemans 6-3 and 7-6 in two sets. Lev Ari has been dominant in her recent singles appearances, boasting a record of 4-1 in her last five games.

The Gauchos’ weekend headed in the opposite direction the day after, which ended in a 4-0 shutout to Arizona State. UCSB had no answer for ASU, which took every single set of the afternoon, and appeared to be on track to a 7-0 victory had the unfinished matches played out.

ASU split up its two ranked doubles pairings heading into its match against the Gauchos, which amounted to a very swift doubles point victory.

The Sun Devils set the tone of the match with an early 6-0 victory, from their duo of sophomore Savannah Slaysman and freshman Sasa Klanecek, against the Gauchos’ Sentenac and Atanasson. ASU’s freshman Lauryn John-Baptiste and sophomore Ilze Hattingh dealt with UCSB’s Lev Ari and Yamada in a similar fashion, defeating the duo 6-1 and locking up the doubles point.

The Gauchos’ struggles against the Sun Devils continued in singles play. ASU’s freshman Tereza Kolarova kicked things off with a near shutout of UCSB’s Yamada, defeating her 6-1 and 6-0 in two sets. Kolarova’s victory was followed by another dominant victory by ASU’s Hattingh, who pulled off a shutout against Atanasson, with scores of 6-0 in both sets.

Securing the match point for ASU was No. 84 ranked John-Baptiste, who defeated the Gauchos’ Duvabets 6-2 and 6-3 in two sets, and secured a shutout for her team.

UCSB has struggled against ranked opponents this season, with five losses to nationally ranked teams and  a single win against No. 32 USC. With two more ranked opponents on their radar leading up to the Big West tournament, it is clear that things will remain challenging for the 6-8 Gauchos.

After taking this week to rest and recover, the Gauchos will return to their home courts for a match against Penn on Saturday followed by Loyola Marymount on Sunday. With an increased amount of time to prepare, UCSB will hope to elevate its record to the .500 mark this weekend.